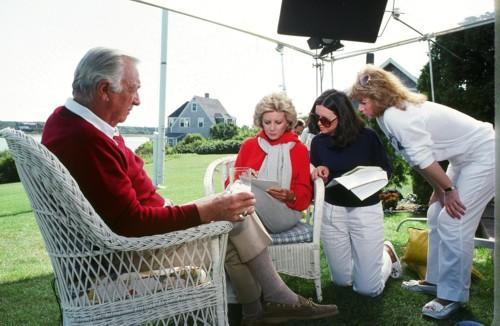 Barbara interviewed Cronkite at his Martha’s Vineyard home a few years after he retired as anchor of “The CBS Evening News.” Cronkite was the consummate, old-style newsman who never editorialized on the air, even with so much as a raised eyebrow – except twice: he wiped away a tear of joy when the U.S. landed on the moon, and he said at the end of a broadcast that he believed the U.S. should withdraw from Vietnam. In response, President Johnson said, “If I’ve lost Cronkite, I’ve lost the country,” and he did not run for re-election.

COMMENTS FROM PREVIOUS WEBSITE
av_producer @ 2003-10-06 said:
I think Cronkite and Johnny Carson represented what was best in the entertaiment/news (I guess they were still separate back then) in America.

tatefox @ 2003-10-06 said:
The days when journalism meant something more than a cat stuck in a tree or the titillation of Laci Peterson. (Sigh)

zinetv @ 2003-10-06 said:
Walter Cronkite gave the news the sense of history in the making. Unfortuately some of the news has become a sales pitch in the making.

Are those white moccasins I spy? Ronni, cool then, cooler now!

Ronni, your work as a producer sounds fascinating. I'd be interested in hearing more about what the job entailed. What IS a producer anyway? I watch that word come and go on television and film credits, but I don't think I've ever understood what a producer does. A post detailing your experience would be good reading for me. ...maybe for others, too.

I second what Mary said. I would really like to know what the job of producer entails; my husband has a friend who says he was a producer for a major network, but we're skeptical of his stories.

I've been wearing moccasins since they were cool last time around.

A producer oversees the end-to-end production of a television program.