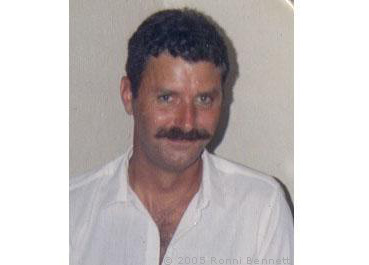 [c. 1990] Following Mom’s death, my stepbrother Joe, who had helped so much during Mom's final months, spent another few weeks with me in Sacramento helping some more as we closed the apartment, arranged the memorial dinner and for the ceremony to scatter Mom’s ashes at sea.

Joe telephoned after I had been home in New York for about two weeks. He had had trouble writing a letter, he said, and wanted to tell me “in person” that he was HIV-positive. I asked why he hadn’t told me in Sacramento. He had not wanted to burden me further, he said, while my mother was dying.

Joe visited me in New York in the fall of 1992. It was his first visit to the city and he fell in the love with it as I had when I arrived 25 years eariler. He walked uptown and downtown, east side, west side, all around the town. And my favorite building, the Chrysler Building, became his favorite too. He promised to return in winter because he wanted to see Greenwich Village, he said, in the snow.

How is Joe now? Is he beating the odds?

Joe's story will continue in this weekend Timeline over the coming weeks, kenju.