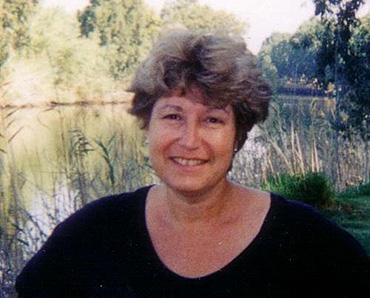 [1999] This was snapped in Israel where Sali has lived for more than 30 years. We first met in New York City in 1969 or 1970 when we and our then-husbands were anti-Vietnam War activists.

Her husband was also Bob Dylan’s Hebrew language teacher and sometimes when the class was finished, the four of us would play round-robin backgammon. I spent a lot of afternoons with Sali and her husband in 1971, in the early weeks after my husband and I separated. It was at their apartment that a mutual friend tracked me down to offer me my first television job.

Sometimes years go by between in-person visits, but Sali and I aways pick up the conversation as though we'd just left off yesterday.

Wow, Ronni. Far Out! as we used to say. I was just about to make dinner when I checked your blog. Most of those hebrew lessons very quickly became backgamon games. What fun to see and remember. Thanks. I'm usually a lurker here but these two nice posts got me to comment. Now, I will do it more. Thanks, love you as always. Sali