Mahler wrote one of my favorite symphonies. This is his number 4. This one doesn’t go on for about three days as some of his others do. It’s quiet and melodic and just beautiful. This is the fourth movement, Kiri Te Kanawa is singing. 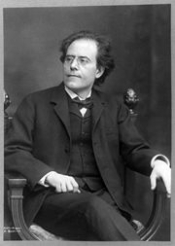 Carlo Gesualdo is an interesting fellow. He murdered his wife and her lover when he caught them at it (so to speak). He left their mutilated bodies in front of the palace for all to see (Eeeuuuu yuck).

As he was a nobleman he was immune from prosecution. He did, however, flee to his castle in southern Italy to avoid revenge attacks. He pretty much spent the rest of his life cooped up writing music. He also hired servants to beat him each day.

Oh, he did marry again. This wife accused him of abuse and her family tried to obtain a divorce for her. It is reported that she must have been a virtuous wife though, as he didn’t attempt to murder her. Perhaps not as virtuous as he thought as there were rumors that she may have done him in. 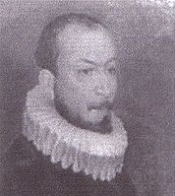 There’s nothing I can add to the many libraries’ worth of stuff written about Mozart so I won’t. I’ll just play a movement from one of his sonatas for piano and violin. I played them all this weekend (when I wrote this), three CDs with Daniel Barenboim and Itzhak Perlman. I wanted to include them all, they are all so marvelous. It was an almost arbitrary decision on what to play. I chose the second movement from K296. 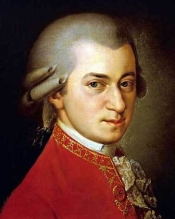 I’m a bit picky about the operas I like, and they tend to veer towards the famous and popular. I don’t want to hear them in English. The stories of most operas are so ridiculous they make Days of Our Lives seem like cutting edge drama. I’m not fond of German ones either, so bye-bye Wagner.

However, for this I’m going earlier. It was a toss up between Monteverdi and Handel. After listening to both of these I couldn’t decide between them so I’m including both. Monteverdi L’Orfeo, Emma Kirky singing. 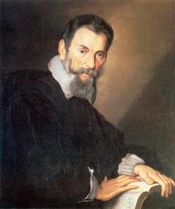 EDITOR'S NOTE: Classical mp3 files are so large that only a few at a time can be posted. Next week's third Classical Elder Music will begin with Handel's Athalia.

Thank you so much for stirring me up for the day this morning. With my toes tapping, I delighted in all but the Mahler...who has a tendancy to put me to sleep.

Dear Ronnie.......I wish to pass the Hoy award on your way with many thanks for your opinions, passion, and inspiration. Your writings mean much to many and your enthusiasms stir us all up to better actions. The award and notes about your page are on my blog.

Mahler puts me to sleep too. I haven't found the links yet; I'm still looking.

Is it just me? I roll my mouse over the whole post and I never did get a link. Maybe it's my browser?

No Bach, no impressionists? Oh my!

We had Bach last week

Mahler. Oh dear. I heard the Berlin Philharmonic play the Mahler 9th (Abbado was the conductor, I think) and had to fight to keep my eyes open. My husband fell asleep. Thank goodness he didn't snore. (I like some of Mahler's Lieder, though.)
Monteverdi, on the other hand...I adore L'Orfeo. Have you seen the fabulous performance available on DVD and Naxos?
Here's a You Tube excerpt:
http://www.youtube.com/watch?v=bU681o8BlZs