ELDER MUSIC: Musicians You Should Know About - Part 1

Peter Tibbles of Melbourne, Australia has, by virtue of his astonishingly wide and deep knowledge, become Time Goes By's resident musicologist and he will soon be formalized as one of this blog's permanent contributors. Aside from his enthusiasm for just about all forms of music, his writing sounds like the best deejay you ever listened to.

I have this life-long thing of wanting to introduce people to new music. Back when I was in grade five or six, I’d drag other kids in and say you’ve gotta listen to this. It was probably Little Richard who was very exotic to folks who lived in a small town in Australia.

I haven’t changed since then, except my pile of “gotta listen to” has increased considerably. Just ask Ronni.

This may be a case of teaching granny to suck duck eggs, as my dear old mum had a wont to say when I’d say something that was glaringly obvious, but if I have inspired someone to check out just one of these artists my job will have been done.

I received my first Tom Rush album for my 21st birthday. Do they still celebrate 21st birthdays? I have no idea as I have no kids, so it’s never come up. After all, 18 seems to be the age these days, at least it is here. You can vote, drink, drive, all at the same age (but we hope, not at the same time).

That album of Tom’s is called “Take a Little Walk With Me” and it’s still a favorite after all these years. I could pick half a dozen tracks to play but I’ve settled on yet another song called, On the Road Again. This is one of Tom’s compositions and was written before several other songs of the same name came into being.

Fred Neil was one of the earliest musicians around the Greenwich Village folk scene of the early sixties. Indeed, I think he allowed Bob Dylan to support him now and then. He wrote a very famous song that few people realise was his (if they know him at all). That song is Everybody’s Talking and his version is far superior to Harry Nilsson’s. I’m not playing that though.

This is Please Send Me Someone to Love from his “Sessions” album. There are whales out in Bass Strait who say, “Pete’s playing Fred Neil again,” whenever I put this track on. 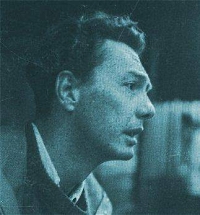 Here’s a case where someone turning the tables on me.

It is Iris DeMent, Easy’s Getting’ Harder Every Day from “My Life”, her first album. 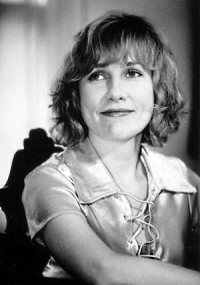 Iris is married to Greg Brown. I remember the first song of his I heard, it was called Mose Allison Played Here. I thought, “I have to have that,” and I did not wait too long after.

Since then, whenever a new Greg (or an old one I don’t have) appears - snap, into the shopping bag. I won’t play “Mose,” instead here is The Poet Game. 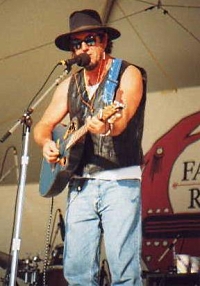 Delbert McClinton is the best white soul singer alive today. He might also be the best country singer as well. Not to mention rock 'n' roll. I first encountered Delbert in the seventies with his album “Genuine Cowhide” (Joe-Bob sez, “Check it out”).

There are too many good songs in his canon to decide on a single one without some sort of lottery to choose one. Spin the wheel, up comes You Were Never Mine from the album, “One of the Fortunate Few.” 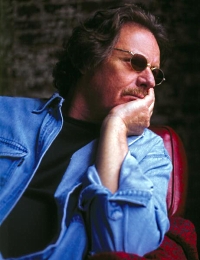 [Part 2 of two next Sunday]

I arrive here via Donna at "Changing Places."

I've always had a fondness for Fred Neil's "The Dolphins." I agree nobody's ever improved on his version of "Everybody's Talkin'."

Another artist who wrote beautifully, and sang well was the late John Stewart who wrote "Daydream Believer." I am quite fond of his "Jasmine."

I've just decided to get some old Tom Rush CDs; it was a treat to learn about this album. I enjoy your posts very much.

John Stewart is on my list for the future. I was thinking of “July, You’re a Woman”, but I could change my mind.

O, you saved the best for last. I'll be ordering "One of the Fortunate Few" tomorrow.

Once again, you have introduced me to new artists (to me). I think I'm having the same initial reaction to Iris as you did. She sounds like I would imagine Gracie Allen would have sung!

How do you do the quickplayer thingies so that they don't automatically come on as soon as you come to the blog? Perhaps I need an upgrade, because the one I installed recently could not be turned off!

To keep the music from starting automatically, include this in the embed code:

Genuine Cowhide is a terrific album and can be found on CD as twofer with Delbert's first CD. You might have to hunt around a bit, but it's out there. GC includes a dynamite Texas roadhouse cover of "Please, Please, Please". That a white R&B singer can successfully tackle a James Brown classic says everything you need to know about GC.

One time my roommate and I went to see Delbert at San Antonio's Randy's Rodeo. It was monsoon season and only about 50 people braved the downpour to see him in what was a cavernous club. He delivered a scintillating two-hour set nonetheless, then came out and talked with us after. I saw him a few years ago and he was still going strong.

Tom Rush - that was, er, a rush. This is a great list - very eclectic. looking forward to upcoming selections...

Tom Rush - that was, er, a rush. This is a great list - very eclectic. looking forward to upcoming selections...

Wow! I look forward to next Sunday.

I was a fan of Tom Rush way back when and heard him recently on Prairie Home Companion. Thought then I should dig out the old albums. Now I KNOW I gotta convert them to digital if they're not too warped.

Will be looking for more Fred Neil and revisiting Delbert too.

I just remembered that I'd asked a question here, and I so appreciate your response, Ronni. I will give it a try.

I am one of the fortunate people to have been on the receiving end of the Tibbles "check out this guy" raves and have been able to "one-up" him on the very odd occasion.
Peter I just KNEW you'd start of with Tom Rush - some things never change!!