ELDER MUSIC: Musicians You Should Know About - Part 2

IMPORTANT EDITORIAL NOTE: Although Peter Tibbles has been handling most of the Sunday Elder Music columns for several months, today it is official – he joins Virginia DeBolt, Saul Friedman and Jan Adams as a regular contributor, our own master musicologist whose knowledge in just about every genre is immense.

In addition to his scholarship, humor and excellent taste, Peter has a knack for the telling anecdote about musicians and it feels like he is my own personal deejay as I prepare these stories for posting each week. His bio is here and I know you will welcome him to the TGB family.

I mentioned last week that Delbert McClinton is the best white soul singer still alive. There was a better one but he’s no longer with us. Eddie Hinton had an interesting life. He played guitar on a number of the Stax records and wrote a few of the songs as well. He made a couple of albums over the years but few saw the light of day.

It was only towards the end of his life that these and new recordings started appearing. He was always quite fond of legal and illegal substances. This was a factor in his not becoming more famous. This track is I’ll Come Running (Back To You) from “Letters from Mississippi.”

I first encountered Lisa Gilkyson in Albuquerque back in the seventies. I immediately bought her album called “Love From the Heart.” I think it sold about one copy. Some years later, Eliza Gilkyson arrived on the scene, and, lorks a’mercy, it’s the same person. She still makes fine albums, even finer indeed.

From her album “Lost and Found,” Richmond Boy. 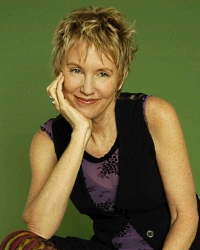 For those with long memories, and that must be just about everyone reading this blog, Eliza’s dad was Terry Gilkyson who was also a songwriter: Cry of the Wild Goose, Memories Are Made of This, Greenfields, Marianne.

I saw Phil Ochs a few times. The first was in Vancouver in 1970. Amongst other songs, he sang Okie from Muskogee. After that song, an audience member offered him a joint and a can of beer. Phil chose the beer.

He was the first person who was going to be the next Bob Dylan. Phil certainly believed that but it didn’t come to pass. He was bi-polar and killed himself in 1976.

This is The Party from his best album, “Pleasures of the Harbour,” but I’m sure it wouldn’t interest anybody outside a small circle of friends. 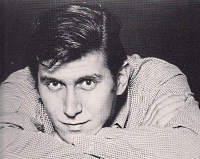 Apparently Jennifer Warnes played the lead in Hair in Los Angeles in the late sixties. I wish I’d seen that. Anyway, I first became aware of her with a Linda Ronstadt sound-alike song, I Know a Heartache When I See One in the mid-seventies. Since then she’s made some fine, distinctive albums. No more comparisons with Linda.

It was a toss up whether to feature that song or something from later. I decided on later, First We Take Manhattan, from an album of songs by Leonard Cohen called, “Famous Blue Raincoat.” 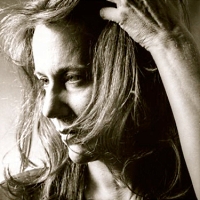 I see Mike McClellan as often as I can. That means two or three times a year. He lives in Sydney but is part owner of a winery down here in Victoria that has a concert venue attached. What could be better than a winery and Mike McClellan? Well, the last time I saw him, it could be as Rodney Crowell was there as well.

Mike recorded several albums in the seventies and eighties, but they have been deleted. A few years ago an excellent two-CD set of his best songs was released. Unfortunately, last year EMI stopped producing this without telling him. He’s now in negotiation with them to retrieve the rights and the masters so he can put it out himself. Let’s hope he succeeds.

This is his signature tune, Song and Dance Man. 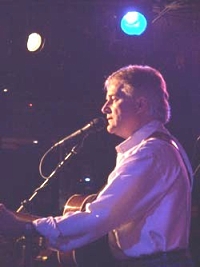 I remember Phil Ochs well, since I was lucky to have a folk music loving mom who took me to much of New England's folk concerts and coffee houses.
I loved going to Club 47 in Cambridge, MA. We also went to the Newport Folk Festivals. It was a great time for music.

I saw Phil Ochs at a 1960s free speech rally on the Ohio State campus. The authorities were trying to keep a lid on things by barring from the campus anyone not affiliated with the university. But Ochs had been a student at OSU, so he was able to come in and give a free open-air concert to support the cause. He was a big hit, and when they passed the hat afterwards I'm sure it made his efforts worthwhile.

The ineffectual banning order was the brainchild of Ohio's reactionary governor James Rhodes, who a few years later was the person ultimately responsible for the Kent State killings.

Another one-time Phil Ochs fan here. I love your column, and I'm happy you're officially a regular.

Great choices...thanks! I did see Jennifer Warnes three times in the LA production of Hair,and twice in solo performance at the Troubadour. Good times.

Welcome, Peter. Nice addition to the TGB family. I really have appreciated your selections & agree that D. McClinton is really good music. Dee

Warnes' "Famous Blue Raincoat" is my most favorite album ever.

I was happy to see Eliza G posted. I happened across her music this year and have loved hearing it!

Her musical journey is most interesting and may be to those who read this blog. I only hint and hope that you will give Eliza another mention with a bit of bio at another time.