Home About Archive Contact
This Week in Elder News - 1 August 2009
The Terrible, Lonely Death of an Old, Old Woman - Part 4

You never know who you're going to meet on the internet and I came to know Peter Tibbles (bio here) via email over the past couple of years. His extensive knowledge of most genres of music and his excellent taste became apparent only gradually (Peter's not one to toot his horn) but once I understood, I knew he needed his own column at Time Goes By - or, better, that TGB needed his column - which appears here each Sunday.

As this is an elders’ website, it’s about time I featured some elder musicians. I originally thought of having an arbitrary cut-off age but decided against it in the spirit of this website. Besides, it gives me more scope.

First off is Pete Seeger who turned 90 recently. He celebrated with a bash with his friends. What friends. Actually, I think anyone who met Pete would become a friend. I have seen him a number of times and, as an Australian, I regard Pete as one of the greatest Americans of my lifetime.

Like Pete, Tony Bennett was prominent in the civil rights struggles of the fifties and sixties. That alone would make him worthy of inclusion, but it’s his voice is what matters. Frank Sinatra said it best: "For my money, Tony Bennett is the best singer in the business.”

He’s also a painter of skill and quality (and not just houses, sorry, I really have difficulty avoiding quips of this kind). His voice may not be what it once was, but it’s still better than just about anyone else around. Here he sings The Best is Yet to Come with Diana Krall who’s a pretty good singer herself, but doesn’t qualify as an elder musician.

I can’t remember a time when Fats Domino wasn’t around. Although I’d give the kudos to Chuck Berry, a good case could be made that Fats invented rock 'n' roll (and a few years earlier – “The Fat Man” came out in 1949. If that’s not rock n roll I don’t know what is).

He lost his house in New Orleans during the Katrina blow, but he’s rebuilding along with the other folks of that great musical city. He doesn’t like to leave New Orleans (well, you can’t get the food anywhere else – good enough reason for me). Here is I’m Walkin’.

Les Paul invented the solid-body electric guitar. So did Leo Fender and Adolph Rickenbacher. They all did it about the same time without any reference to the others. Les, however, invented multi-tracking music, distortion, reversing tracks, slowing them down and speeding them up fifteen years before The Beatles.

He had a number of hits in the fifties with Mary Ford that we all remember, and he’s still out there playing that Les Paul Gibson guitar. He had a recent album that featured all sorts of guitarists with him from Buddy Guy on down (Eric Clapton, Jeff Beck, Steve Miller, Keith Richards, Billy Gibbons. A bunch of others).

This is a great track, but a rather creepy one as it features Sam Cooke on vocals. I don’t think Sam was in the studio that day. Eric Clapton was there. Your mission, should you choose to accept it, is to try to tell when Eric is playing and when Les is playing. Somebody Ease My Troublin' Mind. 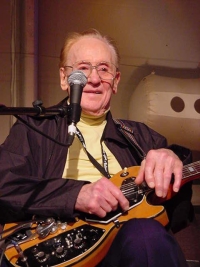 Dave Brubeck didn’t want to become a musician, he wanted to be a rancher. His mother was a piano teacher and taught him and his two older brothers the piano. They went on to have careers in classical music in academia. Fortunately for us, Dave’s rancher plans didn’t pan out.

After the end of his famous quartet and his later, not-quite-so-famous quartet, Dave turned to writing music in a classical vein. He wrote ballets, operas, oratorios, cantatas, symphonic pieces, other classical compositions, liturgical works.

He has never been a favorite of critics and they often refuse to acknowledge his importance in the development of jazz. I imagine their thinking was along the lines of someone who was this popular can’t be any good or important. Well, fie upon them, I say.

Here he is improvising with a rather familiar looking gentleman sitting beside him.

I won’t say that clichéd line: here’s the “King of the Blues”. Oops, too late.

I share a birthday with B.B. King. He’s exactly 20 years older than I am. That will give you a clue as to how old he is or I am depending on which of us you know. Anyway, B.B. is still out there performing and I’m not (those who have heard me perform are breathing sighs of relief). Here he shows us all how it’s done.

There are any number of elder conductors who are still waving the baton. I could mention them and have some clips of various concerts, but I won’t. I will feature one, though, who came from a completely different background. André Previn.

I won’t go into his jazz and film score background  I’d like to mention, rather gratuitously, that he’s been married five times. Some of his ex-wives are Dory Previn (a fine singer/songerwriter - Beware of young girls who come to your door, wistful and pale, and twenty and four), Mia Farrow (the aforementioned wistful and pallid one), Anne-Sophie Mutter (fine violinist). He is technically Woody Allan’s father-in-law.

I have featured him playing Scott Joplin with Itzhak Perlman in another of these blogs, and I like that album so much I’m going play another track from it. This is The Easy Winner. 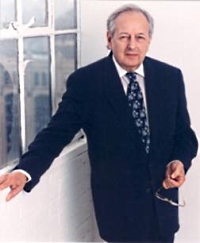 Ah Willie. I imagine Willie Nelson stays alive just so he can perform a duet with every singer in the world. He’s well on the way - more than half way through that plan by my reckoning. Fortunately, more singers arrive all the time so that will probably keep him alive indefinitely. Let’s hope so.

Here’s just one of those duets with Merle Haggard, who could be featured here as well, but I ran out of space. Pancho and Lefty, a Townes Van Zandt song.

Chuck Berry just keeps on going, doing his thing. He’s still strutting his stuff, using pick-up bands wherever he performs. This can make for a great performance or a desultory one, but this is Chuck Berry, folks.

This is the man who invented rock n roll. And he’s still with us. We should be shouting his name to the treetops, to the sky, the second most important popular musical artist of the twentieth century. This time he’s backed by a pretty good band – The E Street Band – doing Johnny B Goode.

Jerry Lee Lewis. Who’d have thought that of all those early rockers Jerry Lee would be the last man standing? Well, apart from Chuck, Fats and Little Richard, but why spoil a good story and a good album title. This is a Robbie Robertson song called Twilight from Jerry Lee’s recent “Last Man Standing” album. That’s Robbie playing guitar. 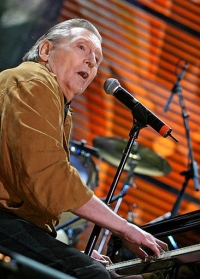 I know you’re all going to go with the “What about…?” I have my own list of those who missed the cut: Ramblin’ Jack Elliott, George Jones, Don Burrows, Charlie Louvin, Allen Toussaint (well, he’s still a bit young).

I welcome other suggestions as I’ve no doubt missed a bunch of folks and that will give me material for the next one.

I really enjoyed reading,and agreeing with, your list of musical greats.

Delighted you included Jerry Lee. His "End of The Road" is one of my very favorites.

Thanks for all the work and research you do to bring this to us every week.

I always look forward to it.

Thank you thank you. Having been raised on a diet of the classics, it was with the greatest joy I discovered these folks......plus the folk singers in the late fifties.

A wonderful way to spend some time with this wonderful post. Thanks so much. Love them all & hearing them brings so much joy. I especially enjoyed Diana Krall singing with Tony. I think she's a very talented singer & plays piano so very well. Took the time to look at the video she did with her husband, Elvis Costello (Drown in My Tears). It's awfully good & they are obviously very much in love. This from a Canadian show (called Spectacle, I believe)that is worth viewing. Wouldn't it be great if one of the US networks carried some of these shows. Far superiour to what's presently available to us. I will sigh & dream on. Dee

Thanks for including four names that are among my favorites: Tony Bennett, Dave Brubeck, Andre Previn, and Itzhak Perlman.

I had the privilege of seeing live performances by Dave Brubeck and Itzhak Perlman and will never forget them.

Wonderful list! I had the great privilege to see Dave Brubeck live at Washington National Cathedral in 2005. He performed several of his jazz classics - there's nothing quite like seeing "Take Five" from the south transept of a gothic cathedral -then played piano during a performance of one of his oratorios. The Cathedral Choral Society sang. Talk about sacred music!!

Peter, great selection to illustrate the musical abilities that many well-known elder singers and musicians have maintained, and in some cases improved. A thoroughly enjoyable way to enjoy some downtime.

In the interest of brevity, I'll comment on just a few of them.

Sinatra was right about Tony's singing chops. Though his usual style is light on jazz phrasing, in this song he performed the adaptation to perfection. Since Diana Krall is primarily a jazz singer and pianist (one of the best in my opinion), I suspect that Tony, well known for his graciousness, changed his style considerably so that she felt more comfortable not having to make any big changes to hers. If so, Kudos to him. Chivalry is not dead.

Itzhak Perlman and Andre Previn playing "The Easy Winner" was a pleasant surprise. What a duet! I've never heard Ragtime played on a violin, but this was fantastic. They're both favorites of mine, but this is the first time I've heard them play together. Gotta warm up the search engine and start looking for more.

Willie Nelson has such a unique singing style that when he performs you never know what to expect. With most singers, each time they sing a song it's the same, regardless of how many times they've sung it. Not Willie. Even though the words and the music may be the same, he's always changing the lyrical phrasing.

I have a recording of him and Merle doing this same song (Pancho and Lefty), but my version is different. It's on my mp3 player for listening during my exercise routine, so it's burned into my memory. But, when I tried to sing along with this version, I got all fouled up. Not a big surprise, though, because as I said, he changes phrasing a lot.

This style he calls "back phrasing." He varies the duration and spacing of the words in the lyrics in such a way (some drawn out, some shortened, etc.) that sometimes you'd swear that he's lagging so far behind the music that he'll never catch up. But, somehow, he always manages to get the lyrical phrase to end up at the same point as the end of the musical phrase. A truly great singer, musician and prolific song writer.

George, the Previn/Perlman "The Easy Winners" came out in the mid-seventies. I had a vinyl recording of it that I have since replaced with a CD. It's still available (here in Australia, so not doubt elsewhere too).
I've heard that they have released a second CD of Joplin's music just this year. I don't have that one yet, but I will.

Thanks Peter. I'll definitely be on the lookout for both CDs.