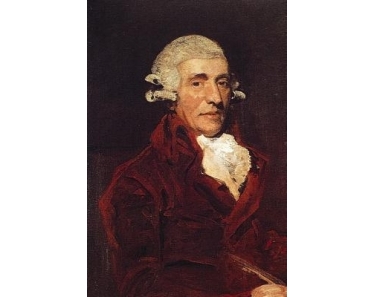 It’s a pity that Mozart and Beethoven came along in Haydn’s lifetime because these two have generally overshadowed the older man in the public’s eye. This is unfortunate as his work was often as lyrical as Mozart’s and as dramatic as Beethoven’s. Besides, he taught them everything they knew.

Okay, not really, but he did teach Beethoven for a while and Mozart respected his opinion of his works. He and Mozart were very good friends and Haydn and Mozart occasionally played string quartets together (with a couple of others). 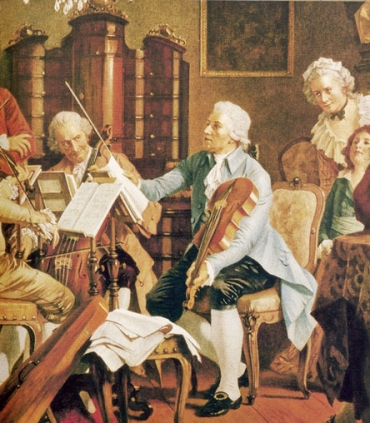 Here is a string quartet that could be taken as one of Beethoven’s. To be more correct, Beethoven’s quartets sound rather like the later Haydn pieces. First movement of String Quartet Op. 76, No. 2 Hob III/76.

In his early days, Haydn was a busker - at least that’s what we’d call it today. He’d sing on the street (I imagine for money) and it seems he had a very good singing voice (but he was tossed out of a choir when his voice broke – the busking was after that).

With this tenuous link to singing here is “The Creation” (not all of it), an oratorio inspired by the works of Handel after Jo visited England. With Virtue Clad. The soprano is Heather Harper.

People with a physics bent (of which I am one) might think that a baryton is an elementary particle made up of three quarks. It’s not, but it does have charm (particle physics joke) (not a very good one).

The baryton is about the size of a cello and has seven bowed strings and somewhere between nine and twenty-four sympathetic strings (most often twelve). These were often plucked. So, with the bowing, fretting and the plucking, you needed about twenty fingers which may be the reason this instrument is not often played these days.

Haydn wrote 175 compositions for the baryton which seems an excessive amount to me. But these were written for his patron, Prince Nikolaus Esterházy, who enjoyed playing the instrument, so I guess he was on to a good thing there, as old Nik was paying for them.

Of those compositions 126 are trios for viola, cello and baryton, this is just one of them - well, part of one of them.

This is a baryton. 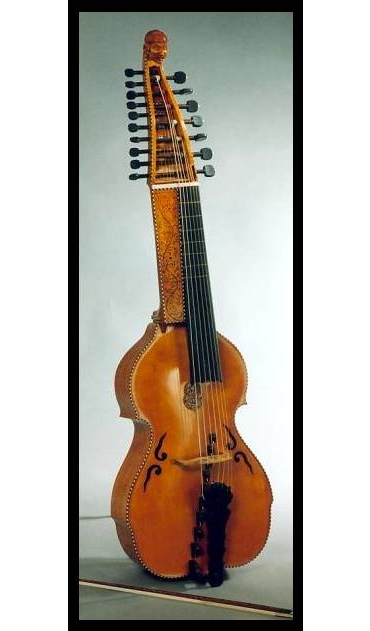 This is what it sounds like. The first movement from the Baryton Trio No. 101.

Haydn was rather short, possibly as a result of having been underfed throughout most of his youth. He was not handsome and like many in his day, he was a survivor of smallpox, his face being pitted with the scars of this disease. His biographer (Albert Dies) wrote,

"He couldn't understand how it happened that in his life he had been loved by many a pretty woman. 'They couldn't have been led to it by my beauty'".

Well, looking at some musicians today, we could say that not much has changed. 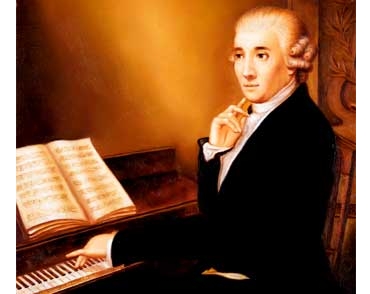 The complete Piano Sonata No. 51, Glenn Gould twiddling the ivories (and humming along).

Haydn died at the end of May in 1809, after an attack on Vienna by the French army under Napoleon. He was 77. Among his last words (to his servants) were, "My children, have no fear, for where Haydn is, no harm can fall.” It’s not known if the servants came to any harm. 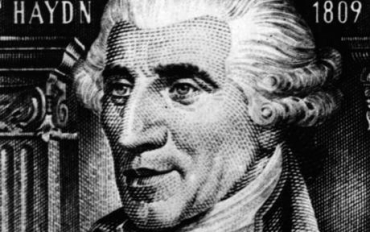 This is his symphony No. 104 (“London”), his last “official” symphony, although Hoboken (the man who knows all about Haydn, not the place in New Jersey) also includes four other higher numbered works in his "Symphony" category. Third movement Symphony No. 104.

Thanks for all this musical information ,Peter. I love learning about classical music.

I remember as a child my Mother loved Enesco's Romanian Rhapsody and she had it on 78 records. She could barely cross the room under the weight of the album,but the music would play for about an hour and she was in heaven listening to it.

She also loved Carmen and Madame Butterfly but she was very angry at Puccini because he had made Lt. Pinkerton an American. She never forgave him for that,but secretly listened to the records.

Thanks, Peter, for all the trouble you go to with the tapes of music you include with your wonderful text.I look forward to Sundays.

I was raised on classical music and love it. Today was very busy for me but I will be back to listen tomorrow. Thank you for the beautiful recordings.