ELDER MUSIC: Musicians You Should Know About II - Part 2

Following on from last Sunday, another singer who should have been more successful than he was is Al Wilson who, like James Carr, didn’t quite make it to the top of the soul tree (as it were). He had more hits than James, but the really big break didn’t quite eventuate.

Al’s range was wide, covering pop, jazz, gospel, rock, blues and funk. Maybe that’s the reason; he couldn’t be pigeon-holed into a single category as seems to be the problem these days (and for the last thirty or so years. If I may editorialise for a moment, listen to everything, folks.

Sorry. I’ve got that out of my system.

Al said, "If you do a thing well, whether it’s soul, blues or rock, you can reach people of different tastes and please them all". That’s good enough for me. Alas, he died recently.

This is Do What You Gotta Do, a Jimmy Webb song. 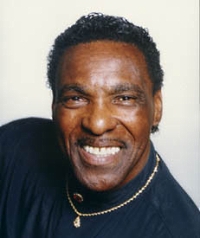 I have only seen Millie Jackson on TV, not in real life. Maybe one day. Whenever I do see her, I have to sit in an ice bath for about an hour afterwards. This is some great performer. I first discovered her on her “Live and Uncensored” album. From then on I was hooked.

Rather than something from one of her own albums, I’ve decided to include a track from an album she did with Isaac Hayes called “Royal Rappins”, which is worth seeking out, called You Never Crossed My Mind.

Jesse Colin Young fronted the Youngbloods back in the sixties. When he went solo, he recorded a couple of excellent albums. Although these didn’t quite sink without a trace, they really should have sold a lot more than they did. The best of them was “Song for Juli.”

Jesse released a new album just this year which is, well, quite ordinary. Maybe it’ll grow on me. This is a shame considering his first couple. Perhaps it’s living in Hawaii that’s the reason. I’ll go back to that first one and play the title track, Song for Juli. 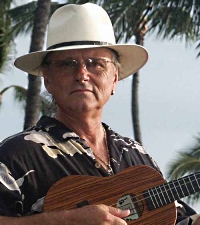 Johnny Adams was often known as “The Tan Nightingale” or “The Tan Canary”. I think Nightingale sounds better, but this is neither here nor there.

He was born and grew up in New Orleans and like a lot of soul singers he started out in gospel and switched to popular music. He had a big hit in 1959 with I Won’t Cry and a couple of minor hits with Release Me (the definitive version of this much-covered song) and Reconsider Me.

In the eighties and nineties he recorded eight or nine albums (for Rounder records) of exceptional quality covering blues, soul and jazz. He had one of the finest voices around. He died in 1998 at 66.

This track is a bit jazzy, a bit bluesy with a touch of soul. With all those elements, it shouldn’t work, but it does. Walking on a Tightrope from the album of the same name. 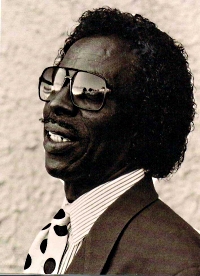 Chris Smither has been around since the sixties but I only discovered him about ten years ago. What an oversight on my part. Because of this, I want to ensure you know about him too.

Chris started out as a folkie and then discovered the blues. He’s not a blues singer per se, however, it influences his style. Why don’t I shut up and let you hear?

This is Leave the Light On from the album of the same name. 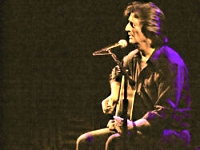 Oh boy..more music blogs. I haven't read them yet, but sure looking forward to it. Love music. Mainly the old stuff like big band, old jazz, etc.

At last! I figured out a way to get the music to play on these posts! For any of you out there who are only getting pictures and are unable to get the audio on Mr. Tibbles posts, try Google Chrome as your browser. I was using Mozilla and it blocked the audio. My Sundays now include sound! Hooray! Thank you for this music column. Love it!