There are some songs that have been so widely recorded or so associated with a single artist that we often forget who wrote them. I’ve generally always preferred the version by the writer of a song (notable exception: Maria Muldaur’s version of Bob Dylan’s Heart of Mine. I know there are people out there who prefer anyone’s version of Bob’s songs to his own, but that’s them).

Reason to Believe is one of those multi-recorded songs, so much so I won’t even bother to mention them all (or even some of them). You’ve heard several versions, no doubt. I’ll just play Tim Hardin’s. 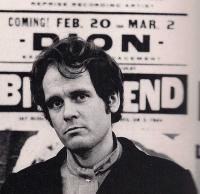 A case of a song being strongly associated with a single artist is Everybody’s Talkin’. The film Midnight Cowboy made it such a successful single for Harry Nilsson that hardly anyone knows, apart from obsessives like me, that Fred Neil wrote it, and recorded a superior version on his album “The Dolphins.” 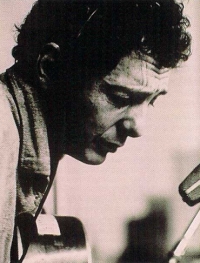 Jimmy Webb has written many songs that have been hugely successful for others, most notably Glenn Campbell. This is Jimmy ‘s wonderfully atmospheric version of Galveston. 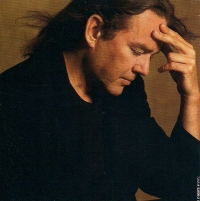 Speaking of Glenn Campbell, he had a huge hit with Gentle on my Mind. This suited John Hartford very much as he could pretty much live off the royalties for the rest of his life, playing music when he felt like it, indulging his love of the Mississippi by becoming a riverboat pilot.

I saw him (only the) once in a club in Greenwich Village with The Dillards. At one stage, he brought out a sheet of five-ply that he proceeded to tap dance upon. He also sang and played the fiddle, the tap dancing supplying the bass line. Great entertainer. 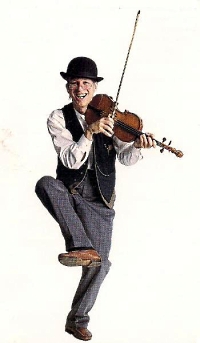 John Stewart was more than skeptical when it was suggested his song Daydream Believer be recorded by the Monkees. He was actively opposed to the idea - the record company wanted to change some of the words - but reluctantly gave in. All that reluctance changed considerably when the royalty cheques started rolling in. “That Monkees’ version works really well” he said.

I saw Jimmy Webb at the Cambridge Folk Festival in 2005. A truly great songwriter. I sensed that he was a little nervous at the start of his main set, but the quality of material...unbeatable.

I loved today's post. All these songs are favorites and it was great knowing about the fellows who wrote them.

Hi Ronnie, you made my Sunday morning brighter and cheerful singing along with these great hits. Love the history behind each song. Been a big fan of yours long before I turned 60 and now two years later, I am enjoying the "third chapter" of my life more than ever. Turning 60 was as moving and thought provoking as my days at 16. Love the conversation that Bill Moyers had with Sarah Lawrence Lightfoot. Fits me to a T. http://www.encore.org/news/explore/sara-lawrence-lightfoot- Will be checking back with you. Love your insight. I saw your blog when I first started blogging in 2005 or so. Can't remember when I started on Typepad but thinks it was 04 or 05. Any way, rambling on, but glad to be back to a weekly read of your wonderful blog!

Thank you for your kind words about Time Goes By. But I'd like to point out that today's post is not mine.

Peter Tibbles writes the Sunday music column. He has vastly more knowledge than I do and I learn something interesting from him every week.

Wow. Just so happens I met Jimmy Webb through Fred Tackett of Little Feat. Fred recorded most of the instrumental tracks on Jimmy's first album or two, Jimmy sang and played piano. It was one of the most music-filled eras in my life. We all had a classical music background, and it was fascinating to see/hear how especially these two created superb contemporary music informed by the masters. Spent many lovely hours playing counterpoint on his harpsichord.

Jimmy Webb performing Galveston is beautiful and atmospheric. I loved it and thank you for having it here, Peter.

This is a great post....thank you Ronni and Peter...

Is there anywhere I can find and purchase the song "Grandpa's Lye Soap"? I haven't heard mention of it in years. While gabbing at Squires Tavern it was mentioned. Thanks.