Our Aging World Conventional wisdom has it that an aging world population means trouble ahead. Not so, says Zoe Williams, writing The Guardian. For example,

"It is a consensus among environmentalists that a decline in human fertility will, if not solve the planet's problems, at least give us some breathing space in which to solve them."

She makes some other good points too. Read them here.

Old and Happy A University of California psychologist says studies reveal that “mental wellbeing generally improved with age, except for people with dementia-related ill health.” Andrew Harrop, quoted in the story, says:

"It's vital that there is growing acceptance that just because someone is getting older, it doesn't mean they no longer have a significant contribution to make. This study is one of many which shows that later life can be a enormously positive experience."

Age as a Body Issue Writing at feministe a couple of days ago, Laurie and Debbie make the argument that "age is a crucial body image issue." 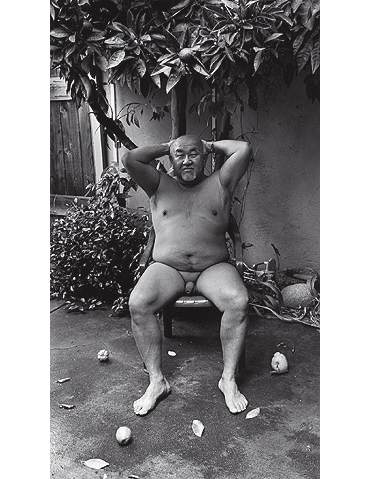 "...inevitably (unless you are seriously unlucky)," they write, "you’re going to get to a point where you’re not looking young any more. Then what you’re really supposed to do is disappear (although active versions of people your age will show up on TV all the time...Like so many other body image issues facing us today, it isn’t aging that’s the issue, it’s how we treat aging."

Nursing Home Sex Ban Apparently, people in most nursing homes give up their human right to sex.

“In the typical nursing home, it's rare to hear the word 'sex' without it being modified by 'inappropriate' or 'offense,'” writes psychologist Ira Rosofsky.

Town Hall Hate More than once over the years, I've wanted to hug Massachusetts Congressman Barney Frank. This is one of those times as he takes on a women who sees Nazis in health care reform:

"Whatever happens, we will not see Congress stand up against the extortion of its people by the health care industry. We will not see even the most ordinary kind of health care declared as a human right, as it is in so many other nations. We will see, however, greater access to the public treasury by the insurance corporations.

"Every nation in the world is now party to at least one treaty that addresses health as a human right, including the conditions necessary for the delivery of health services. Health care is a right under the Universal Declaration of Human Rights. Hell, even Saddam Hussein provided health care.

"That Americans cannot grasp this fundamental aspect of human rights (but then, we cannot even get child nutrition, or limiting the number of times you can Taser an old lady in an airport, out of the starting gate) and join the civilized world and assure its people of such things is testimony."

Middle Age In a delightful story last Sunday in The New York Times Magazine about revisions and updating of the Oxford English Dictionary, this whimsical, real definition of middle age caught my attention:

“between youth and old age, variously reckoned to suit the reckoner”

If you're a word maven, the rest of the story interesting too. Read it here.

Age Discrimination The Equal Employment Opportunity Commission (EEOC) filed suit in federal District Court in Manhattan on Thursday against AT&T for refusing to hire anyone older than age 40 who had previously retired from the company. Prior to 2006, At&T had allowed former employees to apply for work after a six-month waiting period. Read more here. (Hat tip to Faith Davis Ferris of My Muse Matters

The Plethora of Age Ailments This video came to my attention from Lia who blogs at Yum Yum Cafe. I can understand, given the unending repetition of TV commercials about icky age-related problems, how the young woman in the video might find aging abhorrent. However, I can't pin down why I'm uncomfortable with the video unless it's that the intended humor - humor does require a modicum of wit - is nonexistant. What do you think?

Cash For Clunkers Sheila Halet sent along this email that is making the rounds. Unlike the video, it gave me a good laugh:

If my body were a car, this is the time I would be thinking about trading it in for a newer model. I've got bumps and dents and scratches in my finish, and my paint job is getting a little dull. But that's not the worst of it. My headlights are out of focus, and it's especially hard to see things up close.

My traction is not as graceful as it once was. I slip and slide and skid and bump into things even in the best of weather. My whitewalls are stained with varicose veins. It takes me hours to reach my maximum speed. My fuel rate burns inefficiently.

But here's the worst of it - almost every time I sneeze, cough or laugh, either my radiator leaks or my exhaust backfires. Cash for clunkers – I qualify.

The video isn't funny, except for the fact that she thinks she's old at 30. I am guilty of passing on that same email - and it is funny!

Thanks again for starting my day on a light note! I too, love wise ole' Barney Frank. What a role model for young gay men. And yes, I agree, the video is lacking in humor, but maybe she's too young to find the humor let alone display it. (LOL)But thank goodness for the "cash for clunkers" piece. I am soooooooo over-qualified. Have a great w/end, Ronni. Dee

Uh oh -- I guess I differ from the consensus here. That blonde woman on Current TV is skewering the drug merchants and I loved it. One reason I loved it is that she is, herself, the antithesis of what a woman is supposed to look like on TV, dumpy and awkward.

But that's just me. Happy Saturday.

I'm totally with you, janinsanfran. Anyone who can poke at Big Pharma's shameless exploitation of fears of getting old and it's accompanying side effects gets my smile. Maybe it would have been funnier if she'd been an elder? Take a pill, people !

What do I think of Sarah Haskins's video? That you've missed the point. She is making fun of age-ism, and of advertisers who try to convince people that they need medical remedies for the events of ordinary life. If you don't get it, that says more about you than her.

Slightly contrived, very corny but definitely not ageist. She is making fun of a lot of advertising aimed at elders that is blatantly objectionable.

Thank you, Ronni for posting the articles...Barney Frank - does he have teeth? Old age ads....Net Flix (no ads) I have just discovered the MUTE button on the remote...what a blessing....This world is something!!!!!