Edward “Kid” Ory may have been the most influential artist in early jazz inasmuch as he hired many of the great musicians of New Orleans, including King Oliver, Louis Armstrong and Johnny Dodds, amongst others. 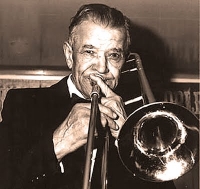 In contrast, Leon Bix Beiderbecke became a legend by playing the cornet brilliantly and drinking too much resulting in his death at 28 (hmm, not 27 like the rock 'n' rollers. I guess the jazz guys had just a bit more stamina). Besides the cornet, he was a skilled classical and jazz pianist.

Bix had suffered health problems from an early age and his health declined further in his adult years. He toured relentlessly, consumed alcohol excessively, much of it low quality, and often somewhat poisonous, prohibition era stuff. His performances began to suffer to such an extent that during his time in a band, another player famously wrote the reminder "Wake up Bix" on a sheet music transcript shortly before Beiderbecke's solo.

This is Singing the Blues (1927) (not the Guy Mitchell song of the same name). Louis Armstrong once remarked that he never played this tune because he thought Bix's recording could not be touched. 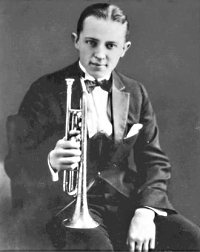 Jelly Roll Morton was born with the wonderful name, Ferdinand Joseph LaMothe. I don’t know why he changed it. Okay, I do. He’d have got “Ferdie the Moth” no doubt.

He was one of the highly regarded pianists in the early days of jazz. At the age of fourteen, he began working as a piano player in a “sporting house.” While working there, he was living with his very religious great-grandmother and had her convinced that he worked in a barrel factory. His granny eventually found out that he was playing jazz in a local brothel and kicked him out of her house.

He claimed to have invented jazz in 1902, and a good case could be made for that. Of course, there are others who could make the same claim, Buddy Bolden for one.

Morton moved around a bit, recording in Chicago, New York and Washington D.C. It was in his Washington club where he was seriously injured in a knife fight. The nearby whites-only hospital refused to treat him. He was left hanging around at another hospital and didn’t ever fully recover.

Joe “King” Oliver is the link between the rather nebulous prehistory of jazz and its later flowering. He started as trombonist and from about 1907, he played in brass bands, dance bands and in various small groups in New Orleans bars and cabarets. He switched to the cornet (maybe it was easier to carry?) and in that time, took another cornet player, Louis Armstrong, under his wing. He left New Orleans for California and, later, Chicago and New York.

Unfortunately, a succession of managers stole money from him and he lost his life savings during the Depression when his bank collapsed.

He pioneered the use of the mute using various objects – hats, plumber’s friends, bottles, cups - anything that came to hand really. 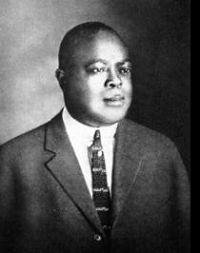 Of course, the one we all want to hear is Buddy Bolden. Unfortunately, not even I can conjure up something for you to listen to for, as far as we know, he left no recordings. Bolden often closed his shows with the tune Get Out of Here and Go Home. You’ve gotta love that.

He suffered an episode of acute psychosis in 1907, at the age of 30 and was admitted to a mental institution where he spent the rest of his life. He was diagnosed with schizophrenia (although it wasn’t called that then) and died in 1931. 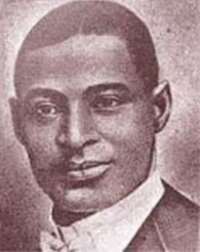 I won’t bother saying anything about Louis Armstrong. There’s really no need. This is Muskrat Ramble from 1926. It’s the Hot Five, same personal as the Kid Ory tune. 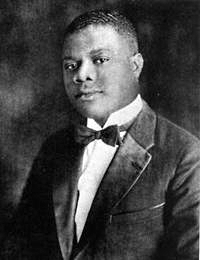 Those with memories of Woodstock (the film, the record, or even being there) were probably singing along to that one:

One, two, three, what are we fighting for?
Don’t ask me I don’t give a damn
Next stop is Vietnam

Perhaps I have missed it but would you consider Ernest "Red" Nichols as a player in Early Jazz scene?

Great post! I recommend that you dig up a copy of Jazz New Orleans (1885-1963): An Index to the Negro Musicians of New Orleans, by Samuel B. Charters. It's a treasure trove of bios, discography, and historical background. You'll love it.

Because I was born in 1938, I probably would not have known of Buddy Bolden except for "Hey, Buddy Bolden" on Duke Ellington's "A Drum is a Woman" album.

Thanks for the posting, Peter. Great stuff!

Wonder of wonders I was able to hear the recordings relatively good.

I guess I had better start listening to more jazz. Thanks for the wake up call.

Wow! You've really dug up some old timers from the jazz world. Beiderbecke is my pick of the lot.

Musically speaking I am not sure which of these fine musicians I would eventally sign over my lot too but....when it comes to names, someone will have to go a long, long way to ever top "Jelly Roll"! It's a classic as was he!

Nice and warm comment along with precious recording. Although the people described here is not my favorite, they are the people who seeds jazz to this globe, right?