Bobby Troup, the gentleman who wrote that song. That’s what today’s piece is all about.

If you ever plan to motor west,
Travel my way,
Take the highway that is best.
Get your kicks on Route 66.

It winds from Chicago to LA,
More than two thousand miles all the way.
Get your kicks on Route 66. 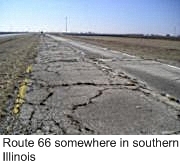 The song about Chicago is Sweet Home Chicago by Robert Johnson. 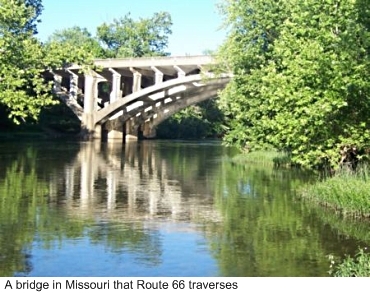 St. Louis Blues is the obvious choice and I couldn’t go past the great Bessie Smith’s version.

There’s a distinct lack of songs about Joplin. However, it gives me an excuse to play another of the Andre Previn/Itzhak Perlman Scott Joplin tracks. I’m stretching it a bit I know, but these have been rather popular. Let’s do The Entertainer.

Oklahoma is a state noted for tall corn and short elephants. It has a bunch of songs. None seems specifically about Oklahoma City but that’s not going to stop me. With all the Oklahoma songs at my disposal, I wondered which you’d like to hear.

Then I thought, maybe one you probably haven’t heard before. So here is Willis Alan Ramsey with Boy From Oklahoma. This is a song about Woody Guthrie. It’s from Willis’s first album from 1972. I’m still waiting for his second. 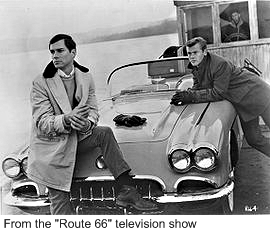 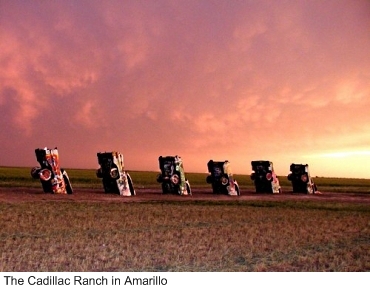 There’s an obvious (to me) song about Amarillo. It’s called Amarillo and it’s by the lovely Emmylou Harris. 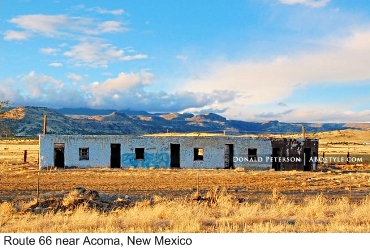 No songs about Gallup though. 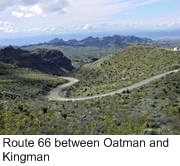 There are a couple of songs for Flagstaff but I don’t have any so it misses out. The only Winona songs I know are about Winona Ryder which isn’t quite what we’re looking for (in spite of my playing fast and loose with Joplin). As for Kingman and Barstow, forget it. There are some for San Bernardino, but these are sappy pop songs that aren’t worth bothering about. 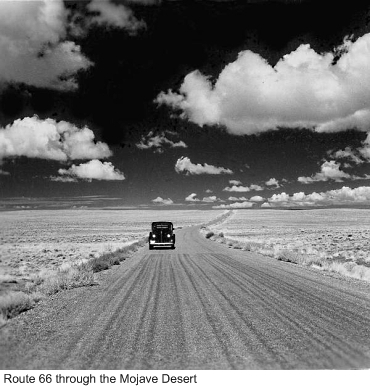 Okay, that photo was taken in 1943; the road has probably improved a little since then. And here it is in San Bernardino.

Won't you get hip to this timely tip:
When you make that California trip
Get your kicks on Route sixty six

Now, if I can just get off this L.A. freeway without getting killed or caught…

There is a second verse to the song that’s seldom played. If there are enough interesting places named it could be the basis of another week’s tunes.

Back in the '70s, I lived within sight of Route 66 as it passed through Tulsa. Its glory days were long past by then, but it still was Route 66.

What a pleasant surprise to find this great blog about Route 66. Thanks!!

We live in Springfield, MO, husband Bruce was born and lived in Joplin, MO. He worked for 30 years for Campbell 66 Express, the old freight company that was headquartered in Springfield. Their trucks ran up and down old Route 66 for many, many years.(Their logo was a camel named Snortin' Norton, "Humpin' to Please"

Bruce has started a site, hasn't done but one page. http://campbell66express.com

Fascinating..........thank you. I loved the images but couldn't access the songs. I'm deef anyway. But oh how I enjoy the images.

Thanks, Peter from way "down under". Have you ever traveled in the US? You've sure caught the essence of the heartland and the west. 'Course, good old US 66 is now various Interstates--57,44, and 40 mostly, with tiny pieces of the original 66 preserved.

I loved "The Entertainer" done by Previn and Perlman. I don't think I've ever heard anything but the piano rendition. And "L.A. Freeway" rings so true to this ex-Californian. Thanks for capturing a set of memories in music. Hearing "Route 66" sung by it's creator -- priceless.

Loved it all! the pictures and the music...a beautiful presentation. Do you happen to get the yearly CD put out by Oxford magazine in Mississippi by chance? They have one in their collection by author Zora Neal Hurston singing. Be back next Sunday God willing and the creek don't rise!

Never heard the song Boy from Oklahoma and like it!
Love anything by Emmylou.
But this post, for me, is all about the Guy Clark song. Wow, what memories. My ex and I had the album with this song, and I'm surprising myself sitting here singing most all of the words. Hadn't thought of it for ages. Now I'll look tomorrow to see if I got the album back in 1980 when we divorced or if it went in his stack of stuff.

I travel Route 66 at least daily to get to and from most everywhere I want to go. There are groups of people here in So Cal who busily promote "Historic Route 66," along with whatever businesses associate themselves with the endeavor.

I recall my husband speaking of '50's bachelor days when he and friends came this way from a Great Lakes state and the fun they had. When we moved here he noted how much change had occurred -- citrus groves mostly gone and so much more -- commercialization, homes, and traffic.

LA Freeway-that song jumped out at e. I remember I had a record of it by another artist and can't now for the life of me remember who it was. Jerry Jeff Walker perhaps?