When I first pondered this topic, it was suggested that I include other musicians besides Miles Davis. In spite of this gross generalization about my jazz listening, my favorite in this category is actually Thelonious Monk, not Miles.

Now, everyone knows Miles’ “Kind of Blue." What, you don’t? Quick, run out and buy it now. I’ll wait for you. Go on. I’m still here. Grab the car keys. They’re over there by the window where you left them. Go.

They’ve gone, the non-Kind of Blue people. Good. I can play a bit of Monk until they return. This one will separate the men from the boys. Funny thing, we never seem to separate the women from the girls. I wonder why that is.

Monk’s take on Just a Gigolo. 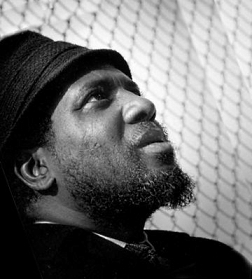 Okay, you’re back. What took you so long? Couldn’t find a parking spot? Oh, well. Gracious, how many disks did you buy? Never mind. Put them over there, you can play them later. I’m not featuring anything from “Kind of Blue” because you can do that yourself now. You probably bought “Sketches of Spain” as well, so that’s out.

So, heads up for Miles Davis playing Some Day My Prince Will Come. 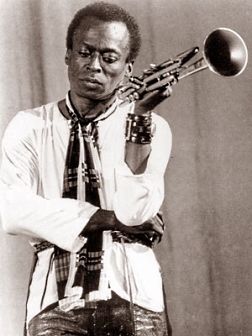 It’s a bit hard to find a suitable John Coltrane track to play. Not because there aren’t any - to the contrary they’re in abundance, but it comes down to what Miles said in his autobiography about his playing: “John, not every track you play has to be two hours long.”

Here he is with the Red Garland trio with a lovely tune called Slow Dance. 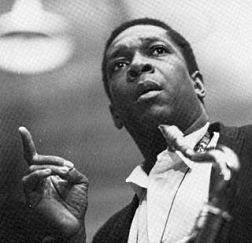 Bill Evans. Davis said, "I've sure learned a lot from Bill Evans. He plays the piano the way it should be played". I don’t really know what that means. With the fingers, perhaps?

He played with Miles for a short time, but most notably for, yep, you’re right, the “Kind of Blue” sessions.

After leaving Miles he formed his own trio (bass and drums), an instrumental form I particularly like. Unfortunately, he had a serious drug problem for much of his career that didn’t seem to affect his music, but it certainly affected his life. His body gave up the ghost in 1980. This is Very Early. 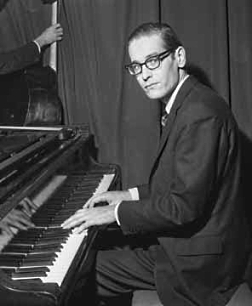 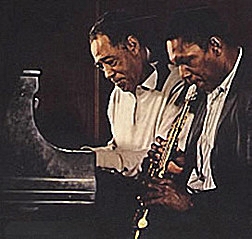 There’s so much more. There will, no doubt, be another jazz post.

You are right on about Thelonious Monk. I think I'll go out to the garage and see what kind of vinyl I have of his and if it's still playable. It's 50 + years old...but so am I

I'm with Virginia ! Next week the ladies, please. I do love this kind of classic jazz. Thanks, Peter.

Many of those guys had some serious drug problems, and I believe their art was the better for the drugs. Then again, who am I to say anything.

I love all these guys; especially Bill Evans. I didn't know about the drug problem, but it seems to be a weakness among musicians.

I have recordings from all of the artists you mentioned and wish I could hear them the way they really sound. That is the most disappointing side effect of my cochlear implant - I have lost the ability to hear music the way I know it should sound.

I think what Miles said about Bill Evans means something like this:

Anyway, you put those three things together, and you have somebody who plays the piano the way it should be played.

Thoughtful and very interesting post via columnist Pete. Thanks.

Many thanks for brightening a work day. All were excellent picks!

But then, I do have a Labrador named 'Coltrane'.