Orlande de Lassus was born in what’s now Belgium. He settled in Munich and lived the rest of his life there. He married and had a couple of kids and was enormously respected by other musicians (and patrons who tried to lure him away).

There’s no scandal or any sort of naughtiness or bizarre behavior to report about him. Just his beautiful music. Vide Homo, one of his “spiritual madrigals.” 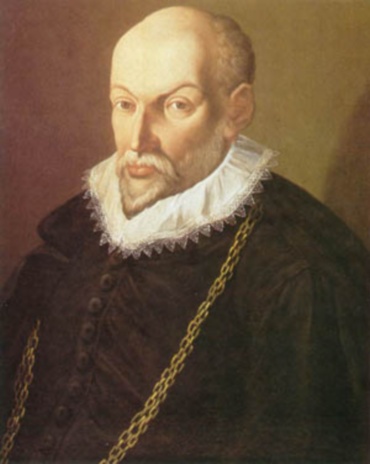 Joseph de Bologne, the Chevalier de Saint-Georges, was one of the most remarkable figures of the 18th century. He was the son of a slave and rose to the top of French society through his mastery of fencing and his great facility for classical music.

He was born in Guadeloupe, the son of a wealthy Frenchman and a slave from his estate. A couple of years later, dad killed a man in a duel after a drunken argument and fled. He was later pardoned as he was a good friend of King Louis XVI. Handy being a nobleman back then (although, perhaps not so much a few years later).

The family returned to France with Joseph and his mum where young Joseph lived a privileged life on the family's plantation in Bordeaux. He went to an elite school and was gifted in pretty much everything. It seems that he excelled at whatever he turned his hand to.

He had an extraordinary life, surviving the revolution and lots of other interesting stuff. I’ve left out just about all of it; I could do a whole item just about him.

So skipping forward, he wrote string quartets, sonatas, concertos, symphonies, operas, ballets. He was often called “The Black Mozart” but has been pretty much written out of musical history. Time to revive him.

This is the first movement of his Violin Concerto No. 2, Op 5. 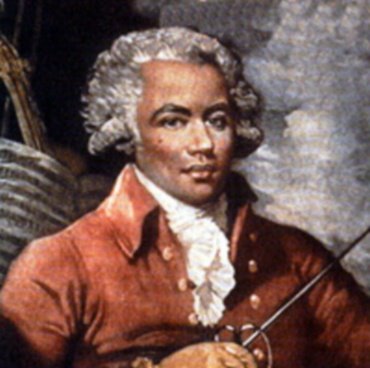 Erik Satie didn’t like being called a musician, he preferred "phonometrician" (meaning "someone who measures sounds"). What did he do, get out his tape measure and “Ah oui, 376 centimetres of piano music, 47 centimetres of cello”?  He was a bit odd.

He certainly had a way with a title, some of which are: Genuine Flaccid Preludes (for a dog), Old Sequins and Old Breastplates, Dessicated Embryos, five pieces of Furniture Music. Hmmm.

On his death, four pianos were found in his room, two back-to-back, the others upside down on top of the first two. That’s enough weirdness for now (although there’s a lot more).

This is a solo piano piece Gnossiennes No. 1. 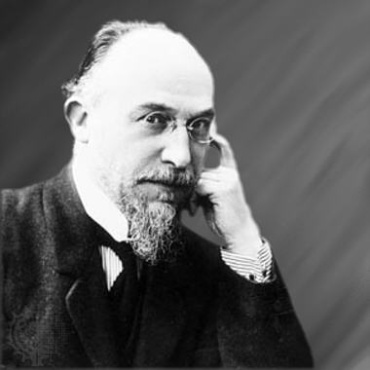 Carl Ditters von Dittersdorf was Austrian but wrote music more in the Italian style. He was around when the big names of the eighteenth century were doing their stuff. He was the music teacher of Johann Baptist Vanhal, of whom I know little.

I mention it because apparently around 1774, Haydn, Dittersdorf, Mozart and Vanhal played string quartets together. That’d be called a super group these days. In case you’re interested, Haydn and Dittersdorf played the violins, Mozart the viola and Vanhal the cello.

Three days before he died, Dittersdorf finished writing his autobiography. I guess that means he didn’t have to bother with an update later.

I really like his concerto for double bass but I only have that on vinyl so it won’t be featured today. This is as far as you can get from a bass concerto; it’s the second movement of the Sinfonia No. 3 featuring a flute.

This sinfonia has the subtitle “Transformation of Actaeon into a Stag.” How could you not like that? 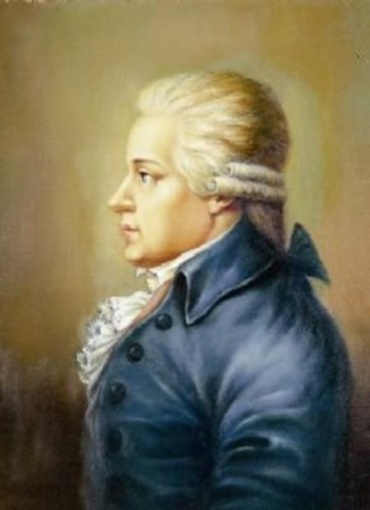 Scott Joplin could have been a contender but he was born the wrong color at the wrong time in the wrong place.

He was really proficient at the piano at a young age and could improvise amazingly. Fortunately, he was noticed when he was 11 years old by a German immigrant music teacher, Julius Weiss, who gave him music lessons for free. He also helped Scott’s mum to acquire a piano (Scott played at a neighbor’s before this).

As a young man, he gave up a job working on the railway to earn a living as an itinerant pianist. He soon discovered that there were few opportunities for black musicians outside brothels and churches. That didn’t stop him though.

He kept at it, arriving in Chicago around the time of the World’s Fair. He wasn’t on the bill at the fair but there was plenty of work in the clubs nearby. He moved to Missouri, wrote Maple Leaf Rag, the first instrumental to sell over one million copies of sheet music, and the rest is history.

You’re no doubt familiar with his works but you may not have heard the marvelous versions by Itzak Perlman and André Previn. This is called Bethena. 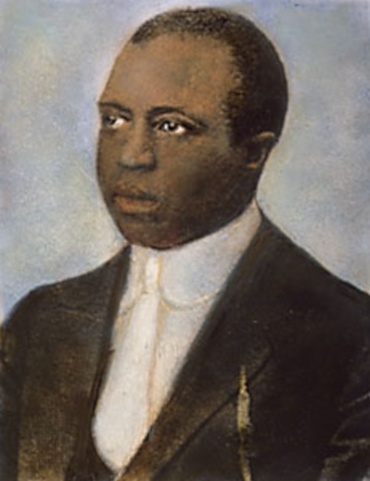 Thanks Peter & Ronni! I really look forward to these Sunday morning posts. Bonus: I learn something.

There is a Satie museum in France. Sounds like it is well worth a visit. I've always liked his piano pieces.

What a treat for Sunday brunch: Scott Joplin & de Bologne. What musical genius. Thank you so much for the music & yes, I learn so much, too. Dee

I affirm those commenting before me that I'm learning some fascinating information about musicians whose names, if I ever heard them before (except for a couple or so) are new to me. Some of those guys give new meaning to eccentric or is it genius?

Am still trying to figure out what on earth having pianos upside down on others was all about. I'll have to ask some musicians I know (including pianists) if they have any ideas.

Some comments on my current blog piece in which I mentioned you and Elder Music noted they had either been here or would want to see what was happening here.