Christmas in Australia is different from Christmas in the northern hemisphere, particularly the United States. Australia is a considerably more secular country than the U.S. so Christmas is generally treated here as a cultural or historic holiday rather than a religious one. Really, just a good excuse to have some time off work, eat and drink too much.

Another difference is that it falls in the middle of summer so there are no sleigh bells jingling, jing, jing, jingling or chestnuts roasting by an open fire. Okay, there are those things, thanks to the ubiquity of those songs and others at this time of year in shops and on TV and the radio.

We are amused by sights of people building snow-persons, throwing snowballs and the like on TV as we sit watching in our shorts and T-shirts, cold drink in hand. 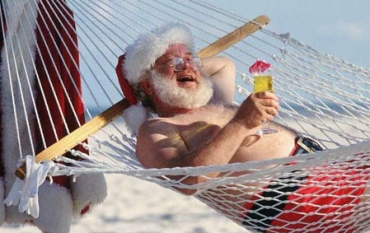 The times I’ve spent Christmas in America I was struck by how odd it was having to rug up, no crayfish (that’s lobster to you), prawns (shrimps), oysters for Christmas lunch. And as for thinking of going to the beach in the afternoon… So, a couple of Australian Christmas songs for you.

The first is by this country’s best and most famous singer/songwriter, Paul Kelly. The song seems to have two titles, it’s either Making Gravy or How to Make Gravy. Just the one song, though.

The next is not an Australian song, it’s Fairy Tale of New York. It was written by Shane MacGowan and performed originally by The Pogues. There is an Oz version by Tex Perkins and Clare Bowditch that I prefer not just because they are Australian, but I can understand the words. Besides, I have it on good authority that Tex is much better looking than Shane MacGowan. Doesn’t really mean a thing, even I’m better looking (sorry Shane).

Here are Tex and Clare with the help of Joe Camilleri playing the sax.

If you’d like to do your own comparison, here are The Pogues and Kirsty MacColl performing the song. Surprisingly, Shane was vertical for this song.

To find out what Christmas is like in my neck of the woods, Broderick Smith will give you the unvarnished truth with Christmas in Melbourne. 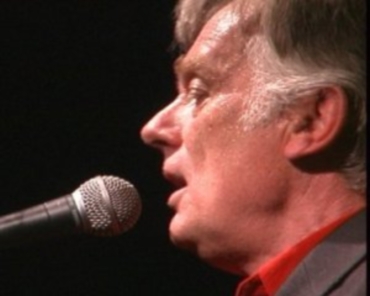 There is a song, not Australian, that I remember from my youth quite fondly. I searched for this one and found that it’s still around, so I have to share it with you. This isn’t the version I remember from back then, but it’s the same song. This is a gentleman named Paddy Roberts (about whom I know nothing).

Okay, one song we all know, and the best version by far of White Christmas is by Otis Redding. 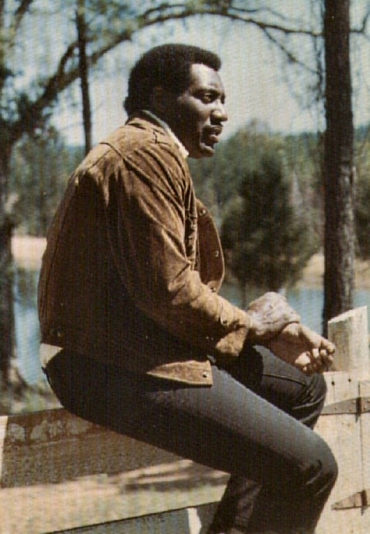 Finally, to bring a bit of couth to proceedings, here’s a Gregorian Chant for Christmas by the Choir of the Vienna Hofburgkapelle.

Indroit for the third Christmas Mass

Now we can get back to our eggnog (in your part of town) or our crisp riesling or chardonnay (where I am). 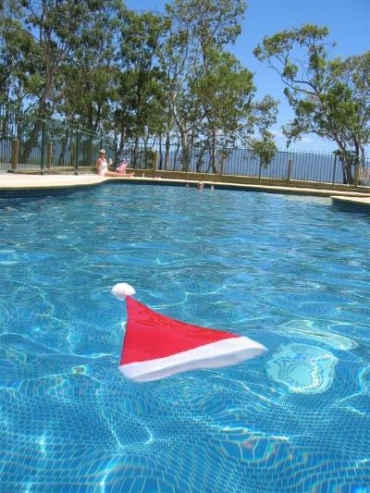 I listened to the Otis Redding recording of White Christmas and, sorry Peter, I still prefer Bing Crosby's rendition. I guess I'm too old to have someone mess with the ballad by introducing a new beat.

Having grown up in Colorado where some of our Christmases were white, and now living in the sunny southwest where a white Christmas is a rarity, I must say that I prefer the latter. They can keep their picture post card image of snow and fires in the fireplace. (It was always hard to explain to the children how Santa could come down that chimney with a fire at the bottom.)

I must add that we did have a real white Christmas in Arizona about 19 years ago. The snow was deep and it stayed on tree branches for several days. That Christmas it was warmer in Ohio than here.

Your summer Christmas would suit me just fine and so would your Chardonnay.

Paddy Roberts sings my kind of Xmas song! ~~ Seems as if Otis couldn't remember the words. ~~
The Gregorian Chant takes me waaaayy back. ~~ Thanks, Peter. Happy Christmas!

Thanks for the Christmas perspective from down under, Peter. "Merry Christmas, you suckers" was indeed a guilty pleasure! It made me laugh and wince both. All the best!

I heard this Australian Christmas song for the first time this weekend but it fits right into your selection, I think!

White Wine in the Sun by Tim Minchin

Interesting to hear about the Aussies take on Christmas. Does all of your holiday music reflect such down and out, hard scrabble stories, or are these tunes reflective of your tastes? Is anybody happy or focused on more than just the hard times, hard living and the commercial aspect? None of the holiday tunes you shared here provide the uplifting spirit I welcome at the end of any given year that has nothing to do with religion.

Many of my early years were in Midwestern USA snow country and that still seems like the real Christmas environment to me. I've lived in the Southwest and Southern California more years than elsewhere, enjoy the weather, but Christmas has never seemed quite as genuine without snow, at least for me.