Dizzy, he was screaming
Next to O.P. who was beaming
Monk was thumping
Suddenly in walked Bud and then they got into somethin'

That’s the start of a tune called In Walked Bud written by Thelonious Monk and Jon Hendricks. 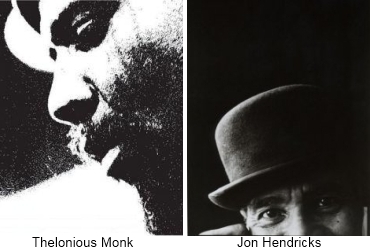 Jon Hendricks had an ability to write coherent lyrics to the most complex recorded improvisations. This tune demonstrates this, along with his extraordinary singing. He may have been the best jazz vocalist ever. Well, best male one anyway. Here are Jon and Monk performing In Walked Bud.

Monk and Hendricks - In Walked Bud

The tune was written about the still-teenaged Bud Powell when he used to hang around Minton's Playhouse in Harlem - pretty much where bebop was invented - in the early forties. It wasn’t long before he was sitting in with the house band of which Monk was a regular member and Dizzy Gillespie would also often join to jam. Here are Bud and Monk. 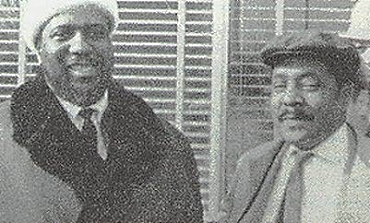 Bud Powell, like a surprising number of jazz musicians, was classically trained. Not so surprising on second thought; there was little chance of a classical career for black musicians at the time. Bud was adept at fast runs on the piano that Charlie Parker and Dizzy were playing on their horns. No one had done that before. 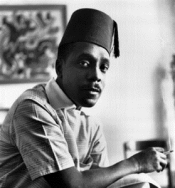 Alas, by the fifties Bud was in and out of mental hospitals and his performing and recording career was erratic but the quality of his playing was still apparent until about 1953, when the ravages of alcoholism, an earlier beating administered by police and electric shock treatments began to take a toll on his technique.

In 1959, Bud got himself together and went to Paris where other American jazz artists had found a comfortable environment along with a willing and discerning audience.

He returned to New York in 1964, and made a triumphant return to Birdland, but his success was short-lived as he quickly descended back into alcoholism. He died in obscurity and neglect at the age of 41 in 1966.

The film, Round Midnight, is a fictional account of Bud’s time in Paris with a fine piece of acting by Dexter Gordon playing him (as a sax man).

This is the Bud Powell Trio with Reets and I.

Bud Powell - Reets and I

Dizzy Gillespie is the obvious next choice as he was also mentioned in the song.

He was a member of Cab Calloway’s band for a couple of years but Cab fired him as he didn’t like the way Diz played his music calling it “Chinese Music,” nor did he like his sense of humor. Diz then joined Billy Eckstine’s band where he met Charlie Parker.

After he left Billy’s band he played in small groups and invented bebop along with Bird and Monk and a couple of others. There’s a lot more to Diz’s musical career, too much to describe here.

In 1964, Diz decided to run for president. He promised that if he were elected, the White House would be renamed The Blues House with a cabinet composed of Duke Ellington, Miles Davis, Max Roach, Charles Mingus, Ray Charles, Louis Armstrong, Mary Lou Williams, Thelonious Monk and Malcolm X. He said his running mate would be Phyllis Diller.

I think he did about as well as Goldwater that year. Here’s Dizzy before he bent his trumpet. 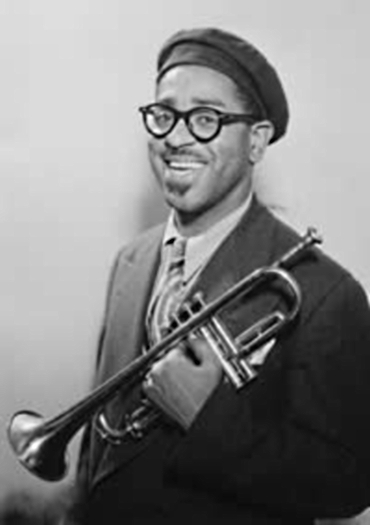 There are several theories about why he had a bent trumpet and I won’t bore you with them all. I don’t know why nobody asked him while he was still alive. Of course, perhaps they did and Diz is the source of all the different stories. He was known as a bit of a jokester (thus his nickname).

Mark Murphy sang jazz in the seventies and eighties  Actually, he’s still around singing jazz. Like most jazz singers, he sang the songs of his contemporaries - in Mark’s case his contemporaries were people like Robbie Robertson, Joni Mitchell, Stevie Wonder. That’s okay with me. He also wrote songs.

This is called Parker’s Mood. In the second part of the song, you will hear Jack Kerouac reading from his book, The Subterraneans, extolling Charlie Parker. It demonstrates that Kerouac reading his own prose is another form of jazz. 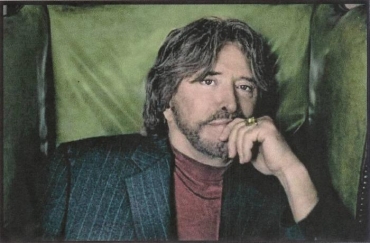 Incidentally, Kerouac made an album of his prose backed by Steve Allen playing the piano. I don’t have it but I’ve heard several tracks and it’s mighty fine.

After Parker’s Mood, I could only play some Charlie Parker himself.

So much has been written about Bird that I really can’t add anything (how’s that for a copout?) except to say that when the authorities checked his body when he died, they wrote that he was a male about 65 years old. He was 35 when he died.

Coincidentally, I turn 65 next year and I have the body of a 35-year-old (I included that to entertain my friends who are rolling around on the floor laughing right now). But seriously folks, here is Parker playing KC Blues with Miles Davis on trumpet. 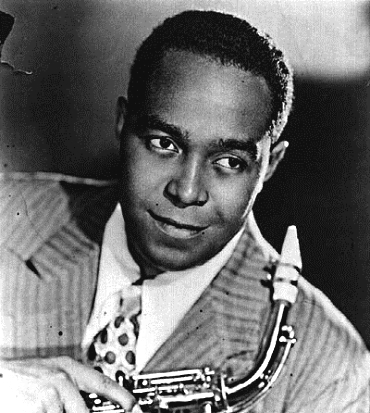 I met Dizzy in 1961 at the Metropol in NYC. He was most gracious to his fans and signed a menu card for me, which I still have. His bent horn and his cheeks were amazing! BTW, he hared the bill that week with Jack Teagarden.

Whoo Hoo !! After changing ISP providers I can hear the entire clips from beginning to end without waiting for it to 'stop and go' while buffering. And, happy day, I can really hear the music.

I love Jazz and this is the best. I saw Stan Getz in person about 32 years ago. He was here with his combo for a gig in a hotel. The audience were not 'hip' and Stan looked bored. He never smiled one time. I am sure it was a disappointment to him to not have a knowledgeable audience. It was a small group and that didn't help. I actually felt embarrassed for Tucson, but thought Stan could have been a tad more gracious about the whole thing.

Interesting jazz notes and musicians about whom you write here.

I recall in the sixties when Dizzy Gillespie guested on our TV show, sat in with the top notch show Quintet.
That night some of us went out to hear him at a club located in what was considered by some to be a shaky part of town, but jazz crossed all racial boundaries. The club was really small, the room very rough in appearance, only about a half-dozen people present. Was amazed so few people present. What a talent they missed in this midwest state capitol known even today as a hot bed of jazz.

Interesting piece. Thanks for posting.

How about some photo credits?

Sorry David. If I don't have an appropriate photo of my own I will search the web. Most of the ones I find are uncredited. Those that are copyrighted I don't use.

I have been in the music business all my life . It was my 70th birthday and I decided to record this song entitled Old Dogs and share this with friends in Blues and Jazz . So far the response is to cool . it’s scheduled for PBS /TV /Radio