Pick your own spelling of his name - English, German or somewhere in between. 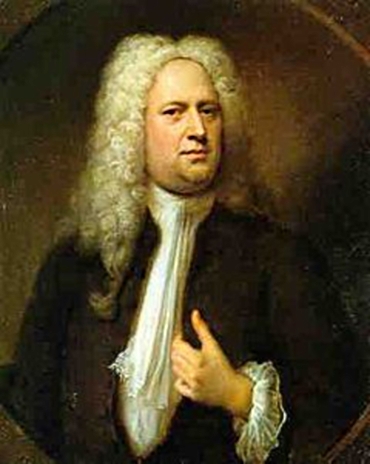 Handel was born at Halle in Lower Saxony in 1685, the same year that both Johann Sebastian Bach and Domenico Scarlatti were born. I don’t know if that’s significant or it just means 1685 was a good year for music.

His dad (a barber-surgeon and valet) was opposed to his son's wish to pursue a musical career and wanted George to study law at the local university, but his mum encouraged his musical aspirations. Bit of dissension in the Handel household by the look of it. Dad eventually was persuaded to let him study music with the local church organist. 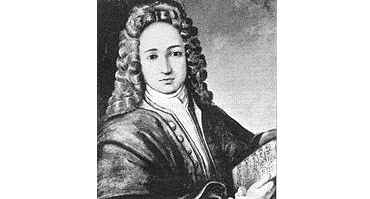 That’s Handel as a boy.

He acquired a good foundation in counterpoint and organ playing and he was away. Here is some of his organ work, the second movement of the Organ Concerto No 1 in G Min Op 4.

After leaving Halle, he traveled to Hamburg where he became Kapellmeister to George, Elector of Hanover, who would soon be King George I of Great Britain. 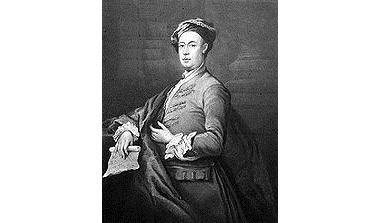 That’s Handel, not George One.

After his sojourn in Hamburg, Handel went to Italy. During his stay there, in spite of his reputation, he didn’t seem to have secured any commissions from the Medicis (the local bigwigs). There were rumors that he had a fling with the soprano Vittoria Tarquini, a favorite (and lover) of Prince Ferdinando de' Medici. That would explain a few things; I’m surprised he got out of Italy intact.

While there he wrote the Dixit Dominus. This is Viram virtutis tuae from that, Charles Brett is the counter-tenor.

He then went to England and settled there in 1712, possibly at the behest of his old mate George One, and became a naturalized British subject thus allowing me to say that he was the best British composer ever (pipping Henry Purcell, who died young but was a real contender until then). 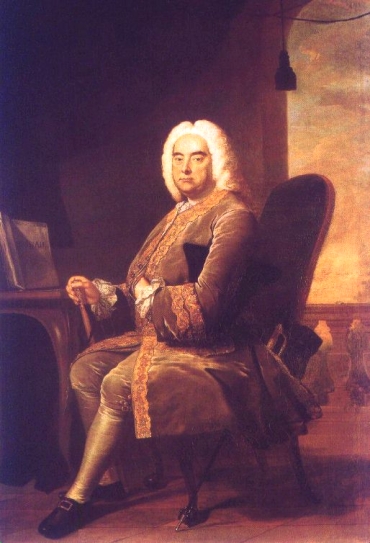 And this is the Flute Sonata in E Min “Halle” No 2.

The first George (too many Georges in this tale) died and Handel was commissioned to write some anthems for the coronation of George Two who took over his father’s kinging business. One of these anthems, Zadok the Priest, has been played at every British coronation ceremony since. In spite of that, and in spite of it being an over-performed piece, I like it, and here it is.

Handel did extremely well for himself and was not only good with a tune, he was also a canny investor, withdrawing his stake in the market just before the South Seas Bubble burst, only to re-invest again when the market was buoyed by the Bank of England’s rescue package. Hmm, now where have we heard something like that recently? 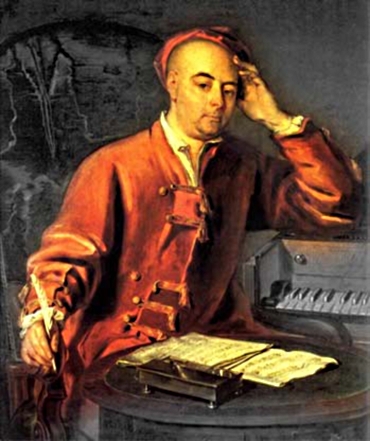 He was rolling in it when he died. Among other legacies, he left £20,000 (an enormous amount for the day) to a niece. That’s about a gazillion dollars today. He also left gifts to his other relations, servants, friends and to favorite charities (including the wonderfully named Fund for Decay'd Musicians). This is his Concerto Grosso No 3 in G Maj Op 3.

It was probably his wealth that did him in. He was known to indulge in the finer things, the best food and wine and these, almost certainly, caused lead poisoning as wine, beer, gin and various foods were seriously contaminated by lead in those days. Given his excessive intake, he was more exposed than most. 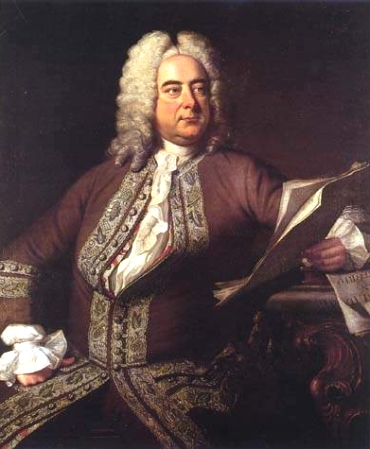 Thanks for the great music lesson today, Peter! I listened and learned while I got a "Handel" [...] on my kitchen chores before heading out....Ok, I'll be staying late after work today for that bad pun but it was worth it. Thanks again!

Simply lovely stuff. Thanks so much. :)

Thank you,Peter, for taking the time and effort to bring us this wonderful musical education every week.

Thank you, thank you, Peter, for a wonderful respite from the week's news.

I'm enjoying your music lessons so much. I always inclined toward the visual arts, probably because I did not inherit my mother's gorgeous voice. I assume I inherited my father's. Maybe that's why I can't remember him ever singing. I have trouble staying on key and carrying a tune. But currently I've been playing and singing along with Marlene Dietrich singing Lili Marleen in German. It's from a 3 disc
set called White Cliffs of Dover which tells you something of my musical tastes. Please keep expanding my horizons.