[EDITORIAL NOTE: This is for fellow columnist, Saul Friedman. Saul recently asked if we could do some Gershwin. Now, before the rest of you suggest that he’s getting special treatment, I’ll say that I was already desultorily tippy-tapping away at Porgy and Bess and I just decided to up the tempo. Hope you like it, Saul.]

Today we’re overdosing on Porgy and Bess. I had considerable help from Norma, the A.M. (Assistant Musicologist)*, as she had most (but not all) of the Porgy and Bess albums. Indeed, she has so many that several missed the cut and are not featured. My preferences were for the operatic and jazz versions rather than those that sounded more like musicals.

*(The A.M. claims that it’s not possible to overdose on Porgy and Bess.) 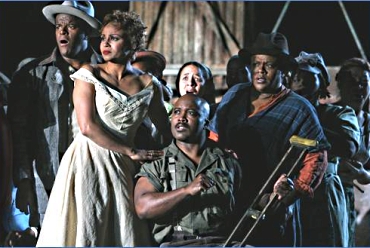 The story of Porgy and Bess starts in 1926 when George Gershwin read Porgy, a new book by DuBose Heyward based in part on DuBose’s experience working on the waterfront in Charleston as a young man.

George was impressed enough to write to DuBose suggesting they make it into an opera. After some considerable time (1934), George began composing the music and DuBose and Ira Gershwin came up with the libretto.

Initially, this was done separately, as George was living in New York thriving on the music scene there and DuBose was living the quiet life in South Carolina. They wrote backwards and forwards by mail (remember mail? Of course you do) for a few months until George visited DuBose in Folly Island, where he had a summer home.

This may be the first time they actually met. There, they visited local churches to absorb musical ideas. I imagine Ira stayed in New York. 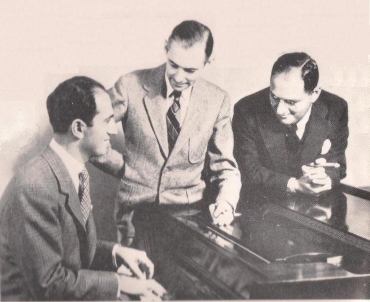 Although it was a critical failure initially when it opened in 1935, and it didn’t make a profit (or break even), George always thought that the public would accept Porgy and Bess. He was proved right in the long run. Alas, he didn’t make the long run. The first big revival was in 1952 and it’s remained in the musical canon ever since. 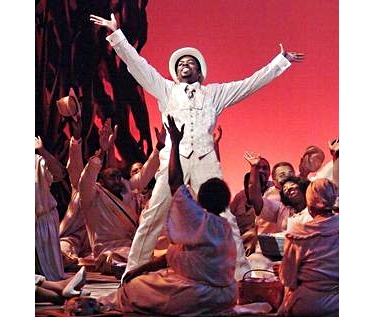 A number of the songs have become favorites in many different genres of music, particularly Summertime which has become a standard, a rock hit, played by jazz bands and probably karaoke as well. Here it is as originally conceived, Barbara Hendricks singing. 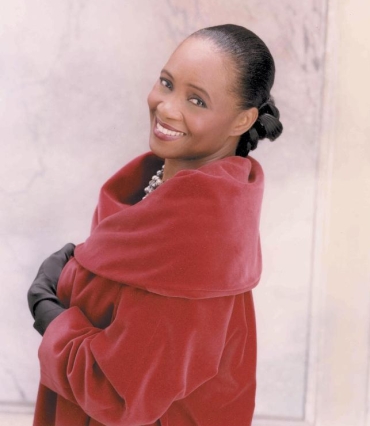 The next is a favorite duet of the A.M. (although I lean towards Bizet’s Pearl Fishers, but I’ve done that here previously). Here we have Willard White and Leona Mitchell with Bess, You Is My Woman Now.

Bess, You Is My Woman Now

Some say that Miles Davis recorded the finest version of Porgy and Bess outside of opera. I certainly wouldn’t disagree with the aforementioned “Some”, but then I’m a bit of a Miles fan. Here he is with It Ain't Necessarily So with a bit of help from Gil Evans. It Ain't Necessarily So

The year before Miles and Gil had the same idea, the producer, Norman Granz, thought it’d be a good idea to make a jazz version. After all, George always liked jazz musicians performing his tunes or referencing them in their improvisations. Norman considered having only two singers perform all the songs. If you’re going to do that you might as well go for the cream of the crop – Ella Fitzgerald and Louis Armstrong. 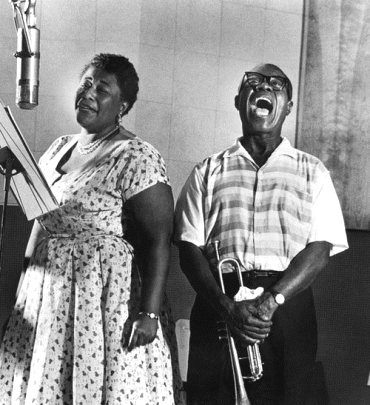 Their contribution here is rather brief, especially Louis’.  It is the Street Cries Medley consisting of Here Come De Honey Man, Crab Man and Strawberry Woman.

Getting back to the “serious” version (and don’t bother picking nits about what is or isn’t “serious”), here is another fine duet by Leona Mitchell and Willard White with one of the best know tunes from the opera, I Loves You, Porgy.

I Loves You, Porgy

Cab Calloway performed in many productions and this version is from the movie soundtrack album. Sammy Davis, Jr. played Sportin’ Life in the film, but he didn’t appear on the recording – Cab did the singing for that. I guess Cab knew the words after all his previous appearances. Here he sings There's a Boat Dat's Leavin' Soon for New York. 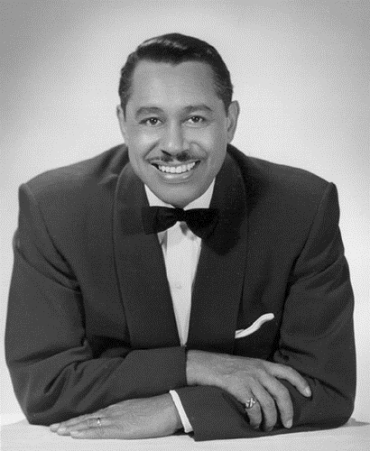 Norman Granz considered that he had produced the definitive non-opera version with Ella and Louis, but after a couple of decades he thought, “Hmm, maybe I can do another one”. So he did.

He considered that Ray Charles could do justice to the music just as Louis had. Indeed, he thought Ray was the only singer around at the time who could. He was probably correct.

I’ll leave you with the finale of the opera, Ray singing Oh Lord, I'm On My Way. 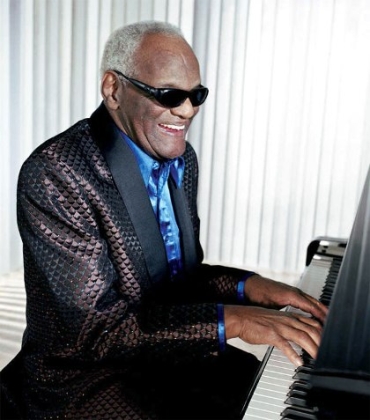 The music featured today was taken from:

Also in the cast were Sammy Davis Jr., Brock Peters, Diahann Carroll. Sammy Davis, Jr. played Sportin’ Life in the film but Cab Calloway sang on the record due to contractual arrangements. Director Otto Preminger took artistic liberties, much to Ira Gershwin's chagrin, and the Gershwin estate pulled the film from circulation. It hasn’t been seen for a lot of years.

I think "Porgy and Bess" was one of Gershwin's triumphs. I had the honor and pleasure of seeing Lorin Maazel conduct thid in 1976. There are a lot of jokes about Cleveland but there orchestra is deservedly sacrosanct.

Thank you for sharing this!

Marvelous.......thank you so much. I'll be singing all day. Humming. Tapping my toes.

Ronni: Thank you for some warmth on a cold morning in our house; we ran out of oil in the middle of the night.

There is no such thing as bad Gershwin, our greatest American composer (sorry Aaron). But I prefer the complete opera version of Porgy, which was revived by the Houston Opera and then put on at the Met, which I saw some years ago. This year the Washington National Opera is putting it on and I have tickets for March 22. Anyone care to join me?

Oh, I absolutely loved this article and each and every song pick. Thank you so much for sharing and warming up my house this morning!

Just to be clear, Saul, Elder Music is all the work of Peter Tibbles. I have nowhere near his musical knowledge; I just post it to the blog.

First, Ira Gershwin did not write any of the Porgy and Bess libretto. Heyward wrote it all as well as most of the song lyrics, including "Summertime." Not that Ira's contributions were negligible. "It Ain't Necessarily So" is one of his lyrics.

Second, George Gershwin and Heyward first met in Atlantic City in 1926. George had read Heyward's novel Porgy, and they met at that time to talk about turning it into an opera. The story of the nine-year delay is a fascinating one, with lots of twists and turns--as is the story (with many more twists and turns) of how Porgy and Bess finally became accepted as a great opera.