Today I thought I’d start with a rock band and see where its members take me. I know this isn’t an original idea, the rock n roll “family tree” concept has been around for years, but they were really obsessive about it and I’m rather slap-dash and just put in the bits I like.

I’m starting with one of my all time favorites: The Byrds. I’m talking here about the original and the best (although the group containing Gram Parsons who did the album, “Sweetheart of the Rodeo,” comes very close). The five original members went on to do some interesting things. 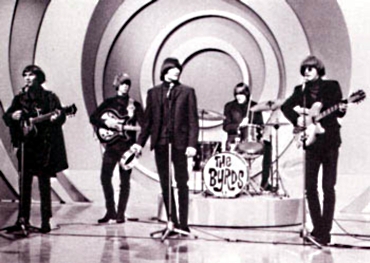 Okay four of them did. I’ll start with the group performing a not very well known Bob Dylan song, Lay Down Your Weary Tune.

The Byrds-Lay Down Your Weary Tune

First off, there’s Gene Clark. He was probably the best of those in the first incarnation – wrote a lot of their songs, sang a lot (except for their most famous track). However, he did rather like the booze and drugs. This may come as a shock to you all that a rock star did that sort of thing, but there you go. 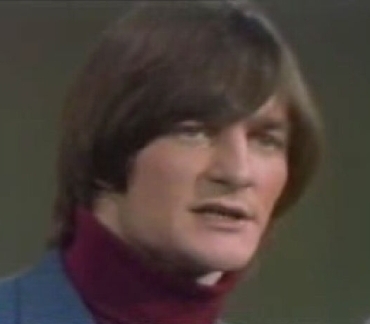 He was the first to leave the group (and the first to return. And leave). When The Byrds finally called it a day, he cleaned up his act for a time and toured with Roger McGuinn and Chris Hillman in the seventies. I saw them a couple of times here in Melbourne which is rather odd as one of the reasons he gave for leaving in the first place was that he didn’t like to fly. To get to Australia you sure have to fly for a long time. A very long time, no matter where you’re coming from.

Gene teamed up with Doug Dillard who started life as part of The Dillards with his brother Rodney and some others. Gene and Doug produced two albums, the first of which, and the better one, is called “The Fantastic Expedition of Dillard & Clark.” This is Train Leaves Here This Morning. 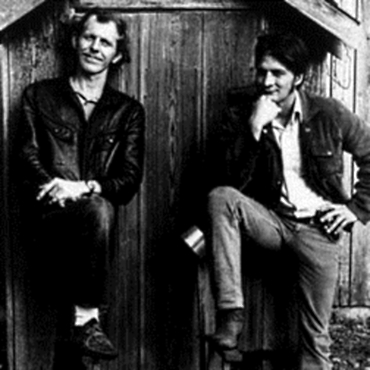 Leading us down the track a ways, Doug teamed up with Rodney and John Hartford for a series of albums using the name Dillard Hartford Dillard. I wonder how they came with that moniker. This is Don't Lead Me On.

Don't Lead Me On

John Hartford did a bunch of usually quirky, but always interesting, albums. He could afford to do anything he wanted to do thanks to the royalties he collected from writing Gentle on My Mind. He became a riverboat pilot on the Mississippi and played music when he felt like it. Not a bad gig. Here is Hartford's In Tall Buildings. 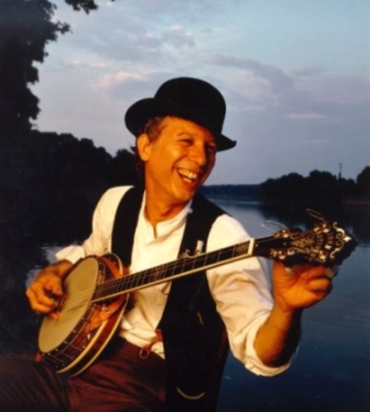 Getting back to The Byrds, next to consider is Chris Hillman. He and Gram Parsons started the Flying Burrito Brothers, a fine ensemble in its early incarnation. Later he made some good solo albums and teamed up with Herb Pedersen to make a bunch of even better duo albums. He has also teamed with Herb in the Desert Rose Band. 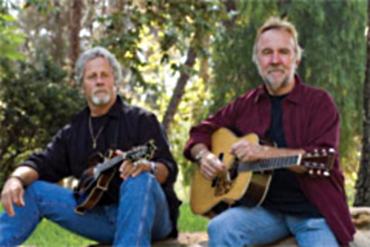 Chris and Herb’s harmony singing reminds me of the Everly Brothers, which is no bad thing in my book. This is It's Not Love (But It's Not Bad).

Now, in the way of these things, Herb Pedersen had started out as a member of The Dillards. He was on their classic album “Wheatstraw Suite” which should be in any serious music collector’s library (if you can find it these days). 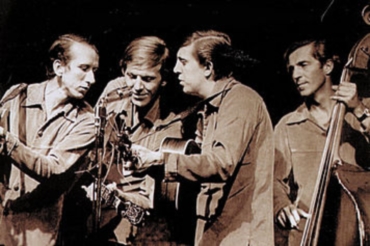 Although Gram Parsons and/or The Byrds get most of the kudos (or blame) for inventing country rock, The Dillards could have an equal claim. You may have seen them in your younger days as the resident band on The Andy Griffith Show. Here's their Hey Boys.

Herb recorded a couple of solo albums that are pretty good but are even harder to come by. I’m hanging on to my black vinyl copies until I can find the CD versions. I think that may take some time.

Next from The Byrds is Roger McGuinn. I still think of him as Jim McGuinn as that’s what he went by on the first couple of albums. Funny sort of name change. 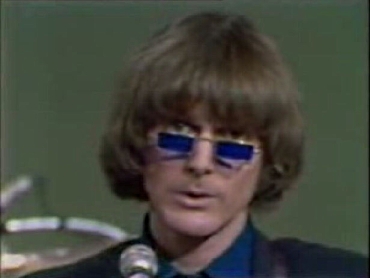 Anyway, he was the main voice and sound of most of their songs with that distinctive, electric 12-string guitar. His solo albums really just sound like Byrds albums. Here he gives a synopsis of how the group and their most famous song came about. Mr. Tambourine Man.

That’s all very well but I miss the bass from the original version. That was pretty much the lead instrument for much of the song. The fourth one to consider is David Crosby. 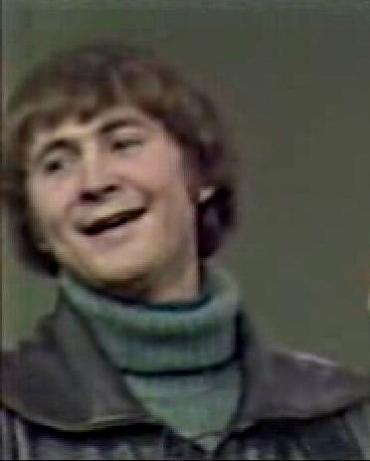 After leaving The Byrds, he formed a group with a couple of his friends and they did okay for themselves. I won’t play any of theirs as I have none of their records (nor any of David’s solo albums). However, never fear, we can do something.

Steve Stills (a member of that group) recorded an album called “Super Session” with Mike Bloomfield and Al Kooper. 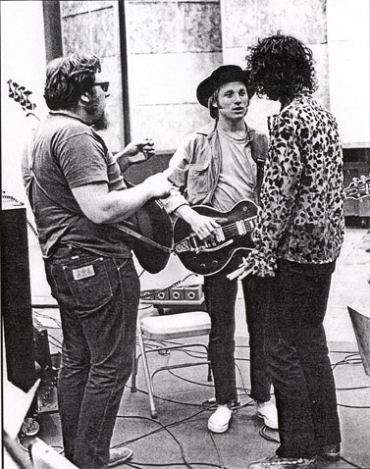 This is a terrific album and I recommend it highly. Mike and Al both played on Bob Dylan’s Like a Rolling Stone. Thus we get to the writer of Mr. Tambourine Man, so we’re back where we started.

Al Kooper sings on Season of the Witch and Steve plays guitar. Harvey Brooks was on bass (that’s the three of them in the photo). Mike went walkabout when this was recorded.

Season Of The Witch

Also in that group with David Crosby is Graham Nash who came from The Hollies. They were pretty successful themselves. The Hollies named themselves after Buddy Holly and that gives me a gratuitous reason to play one of his songs, Mailman, Bring Me No More Blues. 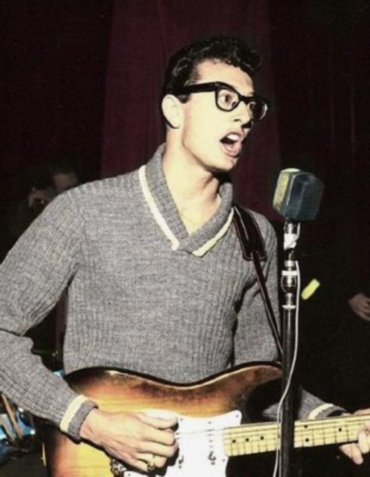 Mailman, Bring Me No More Blues

The fifth member of The Byrds was Michael Clarke, the drummer. The story is that McGuinn and Crosby saw him in the street and recruited him because he looked like Brian Jones. 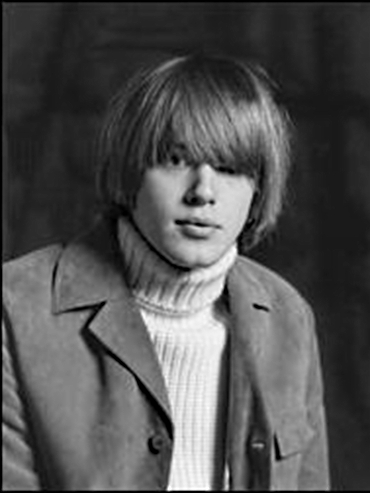 I don’t know if he made any records after leaving the group, but I’ve not seen one in my decades of perusing record shops. So to end this let’s get back to (nearly) the beginning and play some more Byrds, Goin' Back.

Hi Peter,
You sure jumpstarted my morning. I enjoyed it all, but Season of the Witch didn't play for some reason.

Wikipedia has an article on Michael Clarke. He did continue to play and also became a painter, but he died at age 47 in December 1993 from liver failure due to alcohoism.

Sorry about Season of the Witch. It plays with no problems on my computer, so I don't know what to tell you.

I sometimes feel as if half my music library is "Byrd-ian".

Thanks for the trip down memory lane - these were songs my parents (Woody Guthrie fans) and my kids (Raffi afficionadoes) and I could all get into together.
a/b

The Byrds were as good and as important as any Sixties band not called The Beatles. They are almost criminally forgotten today.

I saw Roger McGuinn a few years ago at a small performance center in Kirkland, WA. He strolled out strumming his 12-string and singing "My Back Pages." Apparently, he and his wife tour the country (the U.S.!) in a Winnebago. He gives about 200 shows a year, only small performance halls. I.e., he's through playing bars!

Such fun - thanks, again!
I have to admit, having The Byrds listed as Elder Music is a little bit disconcerting... I'll get used to it.

After all these years and all these bands, it shouldn't still surprise me that musician groups form, dissolve, re-form, re-iterate, and grab us anew...but it does. Very satisfying post. Now, would somebody please track The Band for me?

Nance, I will certainly track The Band for you (one day). They are my all time favorite group. Unlike The Byrds though, they didn’t go off and form other bands. Rick, Levon and Robbie all did solo work that’s rather interesting, though.
I discount the "reformed" Band, the one without Robbie though.

Ronni, I went back and tried Season of the Witch again. This time it played, but about three quarters thru, it sputtered for at least half a minute then it got good again. Have no idea what went on.

This MADE MY DAY! The roots of CosmicAmericana...
Thank you!

Fan of the Byrds since '65, I thoroughly enjoyed your column today, learned a couple of things that I didn't know or had forgotten about them and got to listen to some good music. Thanks!

Nowadays loud sounds like drums are prevalent in today's music. However, the soft sounds where the strings are dominant, and did not go out of style, the type of sound is just lovely for the effect of, relaxation, rather than disrupt the body as a bustling music.