NOTE: Norma’s Choice: These tracks were chosen by the A.M. (The Assistant Musicologist) with occasional comment from her.

It’s time to continue with music of the fifties before Heartbreak Hotel changed everything forever. If some of these tracks actually came out after that song, I don’t care – they sound earlier and that’s good enough for me [and the A.M.]

The Great Pretender made a bigger impression on me at the time than Heartbreak Hotel did. I thought this was a terrific record (and still do). I always tried to sing all the parts and apparently so did the A.M., but she was more discreet about it and only sang it in her head she tells me.

This was The Platters and they had several fine recordings in the fifties. 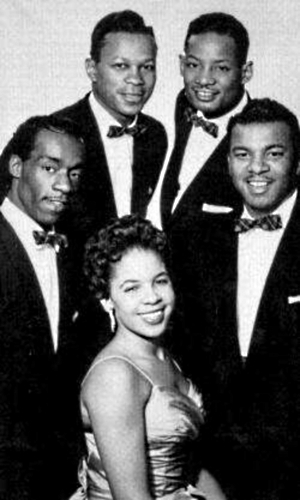 The personnel in the group that recorded this song and all the others we remember lasted from the mid-fifties until about 1960. Then the group splintered and there were often several groups going around using the name. Indeed, there is still at least one performing at the moment (with one of the original line-up; not quite a George Washington’s axe group, but close).

This is from the classic line-up.

The next track was a real favorite of my sister Pam. I liked it too. It is one of those songs that has been stuck in my brain ever since it was a hit. That was during the Christmas holidays of 1954 (these are the long summer holidays in Oz) when we went to the beach, to Queenscliff, a town on the southern coast of Victoria.

The song was played incessantly. I don’t know if it was the carnival there that played it or it was on the radio about every fifteen minutes (or both). In spite of that, we liked Queenscliff and returned often. Indeed, I liked it so much I had my fiftieth birthday there. The song is Skokiaan. There were many versions of it but the big one in this part of the world was by the Four Lads who had a bunch of hits around that time. They began their recording career backing Johnnie Ray on several of his early songs. This brought them to the attention of the public and they were on their way. Their first big hit was Istanbul (Not Constantinople), another song that’s stayed in the brain. 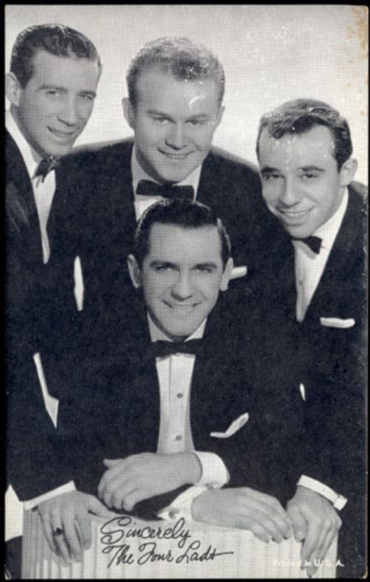 If I were to choose a Nat King Cole song from the early fifties, I’d go with A Blossom Fell or Mona Lisa or Too Young. However, as this is the A.M.’s choice of music she has gone with When I Fall in Love [because we had the 78, but you can have Nature Boy next time – so many to choose from]. 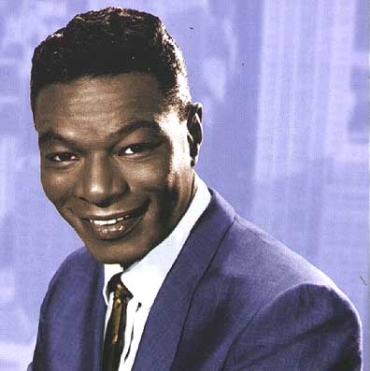 Nat started a career as a jazz pianist in a fine trio (guitar and bass) and now and then sang in between instrumental numbers. People started to request more vocal numbers, so he obliged. Nat was only 45 when he died of lung cancer. Too many ciggies.

Nat King Cole - When I Fall in Love

Al Hibbler wasn’t the first to record Unchained Melody and he certainly wasn’t the last. However, this is a classic. Fans of the Righteous Brothers form a line to the left [we love them too]. 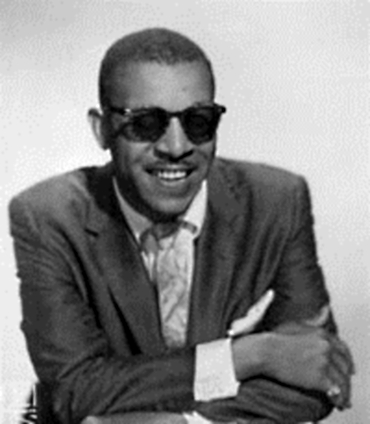 Al started his music career with a band led by Jay McShann. This band also included Charlie Parker at the time. After a few years, Al left Jay, joined Duke Ellington and stayed with him for about eight years before becoming a solo singer.

In the late fifties and the sixties, Al became a civil rights activist and he was arrested in both Alabama and New Jersey. His activism rather discouraged the wimpy, pusillanimous, major record companies. However, Frank Sinatra supported him and signed him to Reprise Records.

From the seventies to the nineties, Al made few recordings but occasionally performed live. He died in 1999.

And for some contrast, country music was popular on the Sunday afternoon request program on the local radio station where the A.M. grew up, so who else but Hank Williams? Who else indeed? 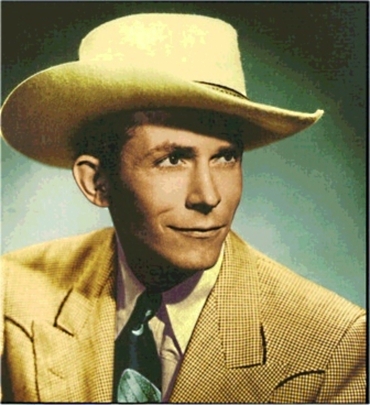 I’ve mentioned with other artists how difficult it is to choose a single song. With Hank it’s a matter of throwing your hands in the air, catching them as they come down and just pick one track at random. I don’t think that was the method employed by the A.M. when she chose Your Cheating Heart.

This song was written and recorded in 1952 but not released until 1953, after Hank’s death.

Mary Ford started her singing career with Gene Autry who, in turn, introduced her to Les Paul. Les picked the name Mary Ford from a phone book as he wanted one as short as his own. Mary started life as Iris Summers. That’s not all that long. Her three sisters and three brothers were all musicians. 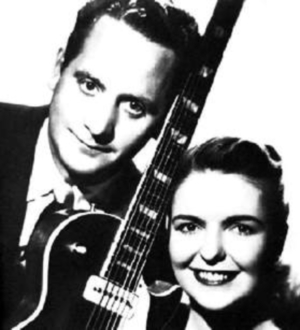 Les and Mary tied the knot at the end of 1949, and proceeded to have a bunch of hits for the next few years often with Mary multi-tracking her vocals and Les doing the same with his guitar. What a great guitarist Les was and a terrific singer Mary.

They untied the knot in a bitter divorce in 1964 but their music lives on.

Les Paul and Mary Ford performing How High the Moon.

Thanks, Peter, for reminding me about the true country sound from Hank Williamss. Pure, simple & all American. Dee

Thanks for all the time and energy you invest in these music posts, Norma and Peter! I learn so much and how I look forward to these music lessons on Sunday!

Thank you thank you....I'm singing along.

Being a very old gal I love the music of the 40's and 50's while there was still a melody (and not just a beat) and the lyrics told a story.

Nat King Cole was one of my favorites (still is) and I especially love his rendition of 'The Shadow of Your Smile' from the Sandpiper.

Thanks for the memories.

I am not a fan of country music but I love Hank Williams singing 'Your Cheating Heart'. Another song of the same ilk is Patsy Cline's 'I Fall To Pieces'.

By the way, I hope you had lots of help emptying those bottle lined up on the veranda rail!

Dear Peter,
Your weekly visits, baby brother, are such a delight, bringing to us afar, such a variety of music and historical details spiced with your inimitable comments.
Now it's time again for some more very ancient music, culminating in my preferred Baroque period.
What a shame, those who enjoy your writings are not privileged to read your sports reports, in particular your dislike of cold winter Olympic events.
A few of us can testify that Peter didn't drink all of that wine on his 50th. birthday.