Home About Archive Contact
GRAY MATTERS
Deficit Reduction on the Backs of Elders - a Foregone Conclusion?

This is a topic that’s sure to generate a lot of “What about...” I completely agree. When I finished it, I also said to myself, “What about Elisabeth Schwarzkopf, Renata Tebaldi, Joan Sutherland, Yvonne Kenny, Maria Callas, Cheryl Barker” and on I went to myself. I finally managed to shut myself up, no easy thing.

These are my first choices for inclusion in such a topic. The rest will come another time (if I get around to it).

Leading off, the earliest of these is Kathleen Ferrier. 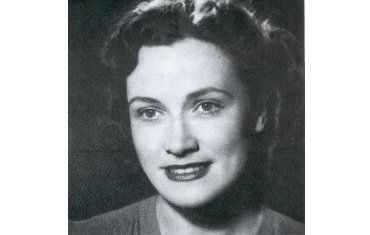 Kathleen was one of the best-loved and most admired singers in the world in her day. At 14 she was a telephone operator at her local exchange (Blackburn, England). I imagine people would ring just to hear her. I would have.

She took lessons in piano and was on track to become a concert pianist but got married. She entered a contest (as a pianist) and her husband bet her a shilling that she wouldn’t also enter as a singer (as she sang around the house a bit).

She took his bet and won both as a pianist and a singer. From then on she concentrated on singing. It’s easier than lugging a piano everywhere, I guess.

Her voice is due to the fact that it is a natural sound with no conservatory training. And what a voice it was. Kathleen sang all the great parts for contralto during the nineteen-forties and early fifties. She died at 41, in 1953, from breast cancer.

Kathleen singing “All is Fulfilled” from Bach’s St John’s Passion.

♫ Kathleen Ferrier - All is Fulfilled

Jessye Norman and I are twins. You only have to look at our photos to realise this. 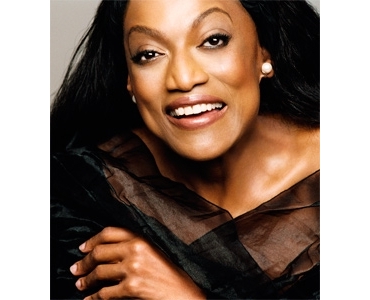 I’ll give you that we had different parents and we were born on opposite sides of the world, but it’s true. Okay, her birth date is the 15th and mine the 16th but when you factor in that I was born on the east coast of Australia and she was born on the east coast of America, then do the maths with respect to the time difference you will find we popped out simultaneously. Don’t get much twinnier than that.

Jessye has the best voice of anyone around today – although Cecilia would give her a run for her money – she can sing anything, and does.

Jessye is known for the direct and emotionally expressive qualities of her singing and for her formidable intellectual understanding of the music and its style as well as first-rate musicianship. I’m going to stop now as there’s far too much of her life in music than will fit into this short space, and rather leave something out, I’ll leave everything out.

This is one of the songs from Les Nuits D'été by Berlioz, “Le spectre de la rose.”

New Zealand sends their finest performers to Australia, the rock and pop musicians, the actors, comedians and so on. The best of these we’ll claim as our own, the others are “Kiwi-born”. It’s analogous to Canadians going to America really. One who didn’t do that, although she visits regularly, is Kiri Te Kanawa. 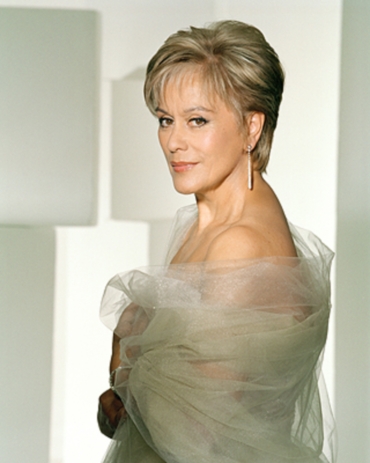 Kiri went to England instead, to Covent Garden. After considerable success there, it was on to the Met and, well, everywhere really. Her voice has been described as having a vibrant but mellow quality that is ample in size without being overly heavy or forced. Okay, that’ll do me.

Although Kiri last appeared in an opera on stage in 2004, she claims she hasn’t retired from opera and there are rumors she’ll perform one in 2010. We’ll see.

In the meantime, here she is with one of Canteloube’s Songs of the Auvergne, “Baïlèro.”

Years ago, I was wandering through a record store, a not unusual occurrence, and they were playing an extraordinarily fine singer. I asked who it was and they produced Cecilia Bartoli’s first album. I bought it on the spot (also not an unusual occurrence). Since then, although I haven’t managed every one of them, there’ve been quite a few. 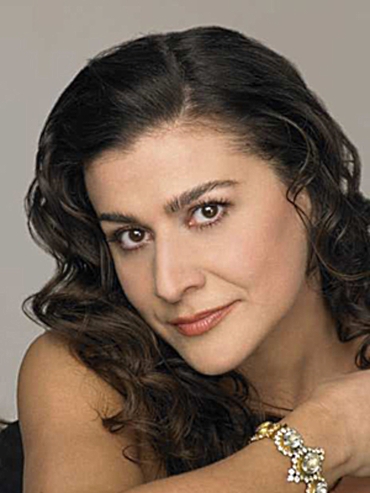 Cecilia's parents were both professional singers and gave her her first music lessons. Start them young. It worked, as she came to prominence in her early twenties - quite unusual in her profession.

At just nineteen she caught the eye of Riccardo Muti who invited her to La Scala. There she was noticed by Herbert von Karajan and later Daniel Barenboim and Nikolaus Harnoncourt, all of whom helped along her career.

She doesn’t need any help these days. Anything she brings out will be snapped up. Anything she appears in will be booked out. I’d better stop now.

Cecilia is known for her Mozart and Rossini interpretations, but I’ll go with one of Gluck’s Italian arias, “Di questa cetra in seno” from Il Parnaso Confuso.

I saw Julia Migenes playing Carmen on TV. Phew, I had to have a cold shower after that. I can see why Don José and Escamillo were so smitten. 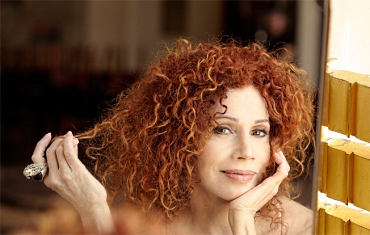 Julia started out pretty well, having been picked, as a child, by Leonard Bernstein to play in Madama Butterfly for his Young People's Concerts. After growing up a bit, she hit Broadway in West Side Story, Fiddler on the Roof and other musicals. In the 1970s, she moved to Germany and returned to opera where she’s been ever since.

This is Julia singing “Depuis Le Jour” from Charpentier’s Louise.

Wilhelmenia FernandezDiva from some years ago. She has also recorded only slightly more albums than that character (who refused to record any). 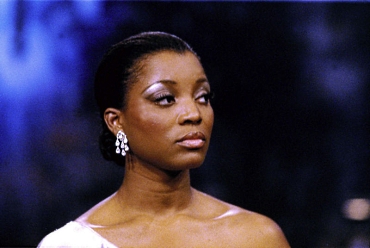 I’ve seen her only once since (thanks again to TV) and it confirmed my opinion of her I gained from the film (that’s she’s a terrific singer).

I’ll pass on what little I know: Wilhemenia was born in Philadelphia and obtained a scholarship to Juilliard. Her first role was Bess in Porgy and Bess. Her début in Paris was as Musetta in La Bohème with Plácido and Kiri. Starting at the top.

Since then she has sung in operas and recitals all over the world. That’s about it. Here she sings the aria, “La Wally” from Catalani’s La Wally.

They are all so attractive, as well as phenomenal singers. My favorite is Kiri, and I hope she comes back.

What a great list! I'm glad that I'm not the only one who loves Wilhelmenia Fernandez. I saw her in an Indie French film ages ago, adored her singing but haven't been able to find many examples of it. Julie Migenes is the only opera singer who could do Carmen on film and make it believable. She was gorgeous then and she's still gorgeous. You kinda lost me on the "you and Jessye are twins" but whatever. She's still got a glorious, gorgeous voice and is the best current singer for Strauss. I saw her Adiadne aux Naxos ..ahem..a couple of years ago and adored it even though that's not "my kind" of opera.

I loved the rendition of Kiri Te Kanawa's “Baïlèro” so much I had to listen to it twice! Beautiful and gifted talents, all! Thanks.

Those singers you mentioned are on the drawing board, K. Well, some of them.

Nancy, Jessye was born the day before I was, but given the time difference, we were really born about the same time.

Peter, there are few who can match Maria Callas as Tosca. 'Vissi d'Arte' gives me tingles up the spine!

However, the Aussie in me has to nominate Joan Sutherland in the role of any of Bellini's bel canto heroines.

For some reason I wasn't able to download these magnificent voices yesterday and had to come back today. (I think a hidden scan was interfering.)

Before my implant I listened to the magnificent voice of Jessye Norman with great delight. I find that, although the sound is far from true for me, her voice still thrills me.

The first time I heard Kiri Te Kawana was on a TV Christmas program and I fell in love with her voice. I had to go right out and buy one of her albums.

How I wish I could hear these glorious voices as I once did. Maybe in time---.