Home About Archive Contact
GRAY MATTERS: Update on Saul
Is It Wisdom or Neurobiology?

Patsy Cline was killed in a plane crash in 1963 at age 30 along with Hawkshaw Hawkins, Cowboy Copas and Randy Hughes. She’s another who died far too young whose music is not just remembered but is still relevant to us today. It’s still as fresh as the day it was recorded. The same applies to Buddy Holly and Otis Redding. 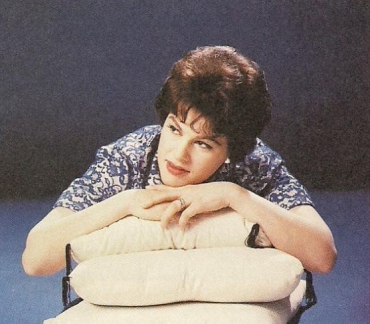 She was born Virginia Hensley in Virginia on the wrong side of the tracks.

It seems that as a child Patsy had a timid little voice until she had a serious throat infection. After that her voice rang like a bell and boomed like, well something that booms. She also had perfect pitch, a handy little attribute in a musician.

After her father skedaddled, Patsy worked various day jobs and sang at night in a local night club. She had a brief marriage to Gerald Cline, who was a lot older and didn’t think much of this singing lark. She had a manager by then who suggested that she use Patsy after her mother’s maiden name, Patterson (also her middle name).

By the earlier fifties she was appearing on local radio programs, especially one by country singer Jimmy Dean. In 1955, she signed with a small record company who released a few songs and eventually was noticed by Owen Bradley, who would be her main producer for the rest of her career. He managed to get her signed to Decca Records.

Patsy appeared on the Grand Ole Opry and later became a semi-regular on Arthur Godfrey’s TV and radio programs. She met and married Charlie Dick and they had two children.

Patsy paved the way for later country, and other, female artists. She refused to be pushed around by men who thought they knew better than she did about her music.

Her last concert was a benefit show in Kansas City. Dottie West was wary of Patsy flying home after that show and asked her to ride back in the car with her and her husband, but Patsy refused. 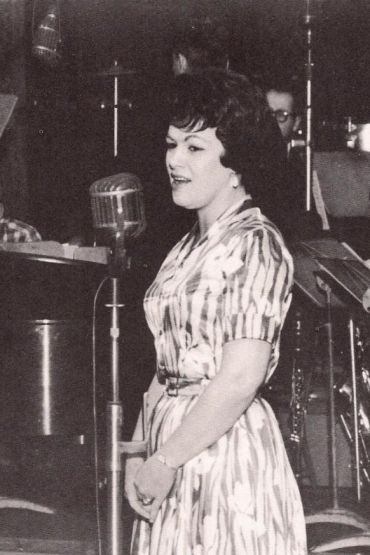 I Fall to Pieces was a song Patsy didn’t want to record. She thought it had done the rounds of all the other singers in town and they had rejected it (it hadn’t). She eventually was convinced to record it and it was a turning point for her, not just because it was a hit (not as big as we might think from our current perspective), but it was the first slow song she recorded. She had avoided them until then thinking she wasn’t very good at them. This sounds crazy to us who think of her as one of the foremost ballad singers ever. 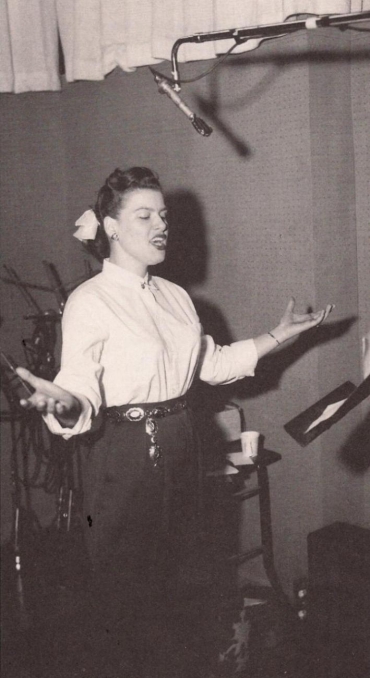 I’m a sucker for a sad song, which means I’m like a pig in, well, whatever pigs like to be in, today. There are few better songs in this mode than She’s Got You.

It seems that Hank Cochran, who wrote the song, rang Patsy and told her he had her next hit record. She told him to grab a bottle of booze and come on over. She loved it so much that she recorded it the next day. That’s the version you get. 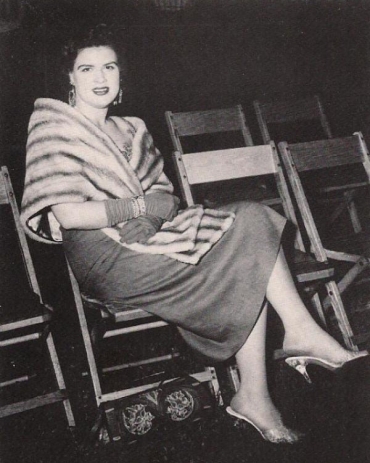 Three Cigarettes in an Ashtray has been recorded really well by k.d. lang. However, in spite of k.d.’s fine version nothing beats Patsy’s own. 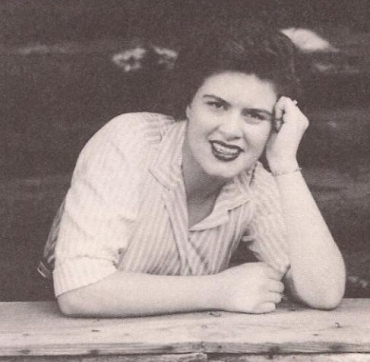 San Antonio Rose has been recorded by many people, notably Bob Wills who wrote it and Bing Crosby who recorded it with his brother’s orchestra. Others include Merle Haggard and Willie Nelson. It was originally an instrument but members of the Texas Playboys (Bob Wills’s band) kept adding lyrics until it became the song we know today. 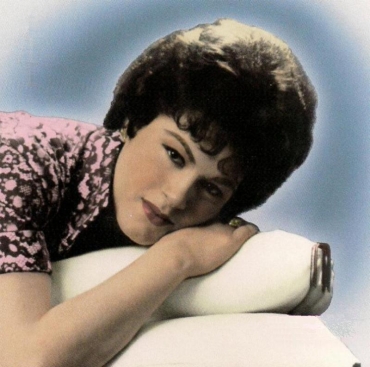 Patsy received a demo tape of a couple of songs from a young(ish) songwriter named Willie Nelson. One song she really wanted to record was Funny How Time Slips Away but it was promised to another singer.

She didn’t like the other song at all and didn’t want to record it – she didn’t like Willie’s idiosyncratic phrasing - the sort of thing we like about Willie today. Patsy eventually did record it, reluctantly, but after numerous takes nothing was happening.

She returned a few days later and nailed the vocal. She still didn’t like the song though but it was released and it may be her most memorable song: Crazy. 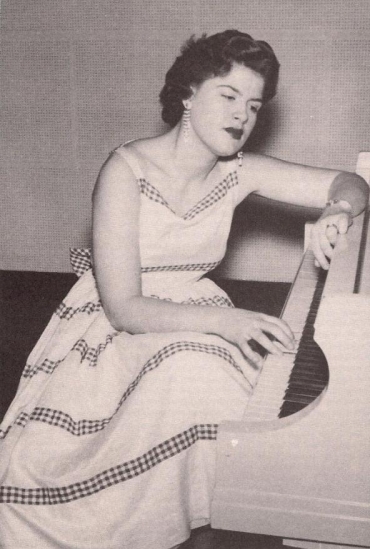 It’s interesting that Patsy didn’t seem to like her biggest numbers, she also put the thumbs down to I Fall to Pieces and Walking After Midnight. This is a song she recorded twice, and as with the next song, I’ve used the earlier version in spite of the rather prominent peddle steel guitar.

It was Patsy’s first major hit. It’s a song that, like many of hers, transcends the country genre and can be sung as a jazz number, blues or straight pop. Any way you like really.

Patsy also recorded A Poor Man's Roses (Or a Rich Man's Gold) a couple of times. The second time her voice is better and mellower. However, there are a lot of fiddles and much oooh ahhing and dooby doobying in the background so I’ve gone for the earlier version as I prefer the stripped back accompaniment and the grittier vocals. This version was recorded early in her career, in 1956. 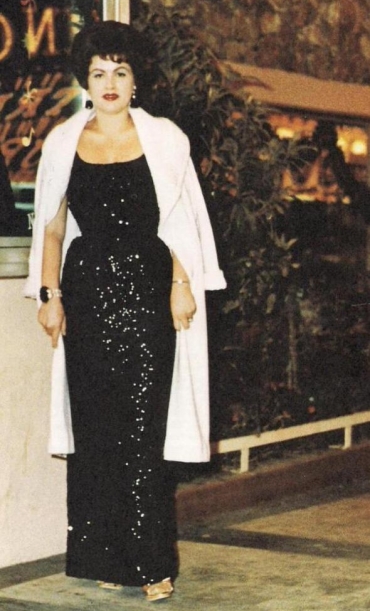 For the last track there could have been a dozen or more that I could have chosen. I played them two or three in a row to see how they compared. There was one track I always included to see how it stood up to the others. It did, so that’s the one we’re finishing with: Why Can’t He Be You.

This is the last photo of Patsy taken at the Benefit Concert. 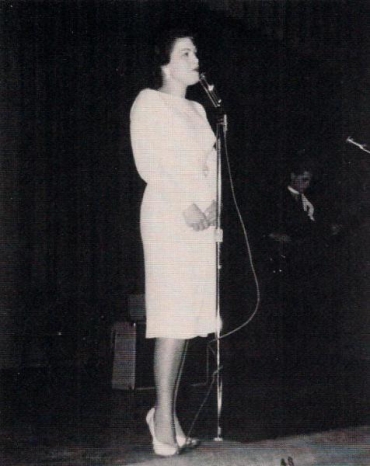 I hope you can still function after hearing all those songs. You’re probably sobbing in your beers or whatevers. Me, I’m sobbing in my pinot noir. I don’t think that line has ever appeared in a country song.

It was 'I fall to pieces' (and 'Hurt' by Johnny Cash) that convinced me that there might be something to this country music after all. It stands I think alongside anything by Billie Holiday.

Thanks for reminding me how much I love Patsy Cline. I discovered her decades ago and played her songs for months. I haven't really listened to her since. So thanks again for reaquainting me. Also, Peter I like how you presented your story with photos and music. What's the plug-in for playing music like that in a blog?

I really look forward to these Sunday morning musical treats. Thank you.

Sobbing in your pinot noir indeed! I love the reference to cigarettes. Remember cigarettes as romantic and glamorous? And no house was without ashtrays?

It IS interesting that Patsy didn't really like some of her biggest hits! I always imagined her heart and soul in each tune. It sure sounds like it. It is testimony to what an amazing talent she was, I guess. I'm sad all over again that she wasn't with us longer. Thanks for reminding us what beauty can be shared even in such a short stay on this earth, Peter. We are lucky that she sang for us and lucky to have you sharing your knowledge.

"Gerald Cline, who was a lot older and didn’t think much of this singing lark."

I've got my Patsy Cline album on and know what I'll be listening to the rest of the morning.

Does anyone else hear Susan Boyle in this voice?! A treat would be to hear "SB does PC". Dream on. Thanks for a wonderful morning of memories. I grew up on WSM, morning and night.

Jim, I just do the huntin’ n gatherin’. Oh, and the writing too. I send them to Ronni who does the massaging. You’ll have to ask her.

Thanks for sharing some great songs. It is amazing how many of them have been covered by **both** country/western and blues musicians/singers.

Ohhh, I love a good sing-along!

Thanks Peter for my favourite Patsy Cline 'I Fall to Pieces'.

Ahh, one of the greatest voices of all time. Thanks for featuring her.

I sing Patsey at every Karaoke I'm at! Been told I'm awesome!

Very nice. I love Country Music and Patsy Cline. I am from she is from Winchester, Virginia. You forgot to mention Patsy Cline's wonderful Gospel recordings. Patsy was a Christian and wanted to do more Gospel singing. To me, she sounds more like a Gospel singer than a Country singer. She loved real Country songs too. My favorite song of hers is "Life's Railway to Heaven"