“Sam Cook was a golden child around whom a family mythology was constructed, long before he achieved fame” is the way Peter Guralnick begins his very detailed book Dream Boogie, The Triumph of Sam Cooke. 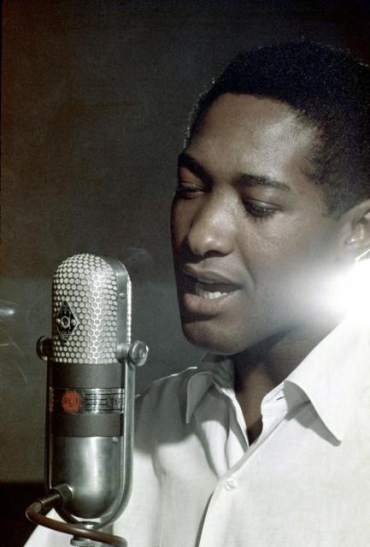 Sam was born in 1931 in Clarksdale, Mississippi, a town that has given the world more musical talent than any other except New Orleans. He was the fifth of eight kids. His daddy was a preacher man and he eventually preached all the way to Chicago, this time taking his family with him.

The Cook kiddies were all musical and they all sang in daddy’s church. Eventually, Sam joined a group of like-minded teenagers called the Teenage Highway Que Cees, generally just known as the QCs. They were a gospel “quartet”. Quartet is in quotes as these gospel groups were all called that no matter how many members they had.

Initially, the QCs toured locally around the various churches, but in time they made it to the gospel circuit with other groups like the Pilgrim Travelers, the Soul Stirrers, the two Blind Boys groups (Mississippi and Alabama) and many others.

The QCs attracted the young girls to see their lead singer. These concerts were more akin to pop concerts than gospel outings.

After a while R.H. Harris of the Soul Stirrers left to form his own group and, as they were familiar with Sam’s work, they asked him to join. The Soul Stirrers became an even bigger draw card on the circuit and their performances were even more like pop concerts.

The most famous song of the Soul Stirrers is Touch the Hem of his Garment.

♫ Touch the Hem of His Garment 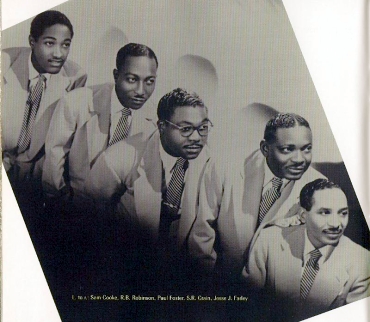 Towards the end of his stay with the Stirrers some of Sam’s songs, as he was writing as well as singing them, seem rather indistinguishable from pop songs. This is I’ll Come Running Back To You minus the overdubs and the like that were on the released version.

♫ I'll Come Running Back To You

When Sam found out what his friends Clyde McPhatter, Jackie Wilson and others who had started as gospel singers were making after they became pop singers, he looked at his bank balance and thought maybe I could do that too. So he did.

It was then that his manager thought that it’d be classier if Sam added an e to his name. I don’t think that “Same Cook” is all that classy and apparently that wasn’t what his manager had in mind.

Thus we now have Sam Cooke. 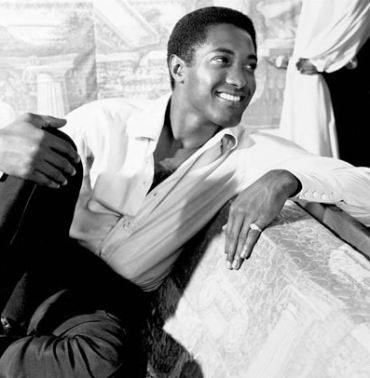 The first pop song of Sam’s sold several million and topped the charts. That song is You Send Me.

From then on, the hits just kept on a-comin’. I’d like to play all of them - well, most of them. There are a couple that I skip when I play the CDs. However, there are too many, but here’s one: Another Saturday Night. A touch of tongue in cheek with this song, “Another Saturday night and I ain’t got nobody…..” Yeah, right Sam.

A song that would fit fair square in the middle of soul if this genre had been invented at the time is Bring It on Home To Me. Otis could have done this, he probably did. Wilson could have, any of the great soul singers. I imagine they couldn’t have bettered Sam’s version though.

♫ Bring It on Home to Me Besides pretty much single-handedly inventing soul music (okay, double-handedly, Ray Charles is on the other hand), Sam liked to record standards as well. Like a lot of singers of his time, he wanted to be “an all-round entertainer” to quote Peter Sellers in an entirely different context. Here he does a pretty good version of Cry Me a River. 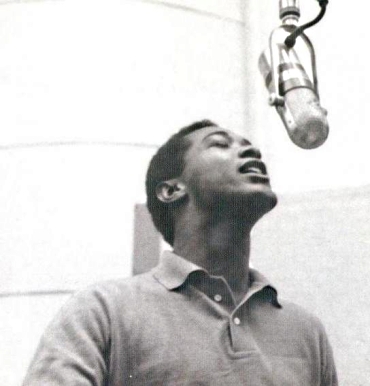 Sam wrote one of the great civil rights anthems that Otis and others did record, called A Change is Gonna Come.

♫ A Change Is Gonna Come

Sam’s death is a rather sordid affair. He’d had far too much to drink and had taken a young woman to a motel where he got rather rough with her. She ran off with his clothes and money while Sam was in the bathroom.

Sam, clad only in a jacket and shoes, went to the receptionist’s office and forced his way inside. When he wouldn’t believe that the woman wasn't there he started attacking the receptionist. She had a gun (it wasn’t a very salubrious area) and shot him several times. He was 33. 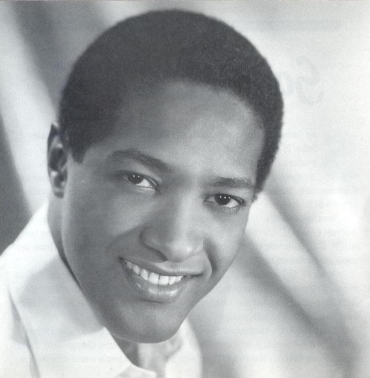 Sam had some silver pipes, that's for sure. Check out his album "Night Beat." It's on iTunes.

What a great post. Such a smooth sound. I am going to order that title at the library and read up on Cooke. Very sad ending to his story.

I loved Sam Cook's music and used to play it in the basement so my grandmother couldn't hear. She was from the "old" South and didn't hold with what was then called (or what she called) race music. I remember reading about his end - unfortunately so many of the great musicians of that era had a weakness for women, booze and drugs.

What great music, but what a horrible death. The drink done him in.

Ah, Sam...if you had just laid off the liquor and stayed away from cheap women that fateful night. 33 years old, what a terrible shame for us that it had to happen that way.

Listening to Sam Cook sing "You Send Me" and I am

PS; the bit about Sam adding an E to his name is a riot..