Claudio Giovanni Antonio Monteverdi was born in 1567 and was an Italian composer, gambist, and singer. I suppose a gambist is someone who plays a gamb. What? A viola de gamba. Oh, okay. 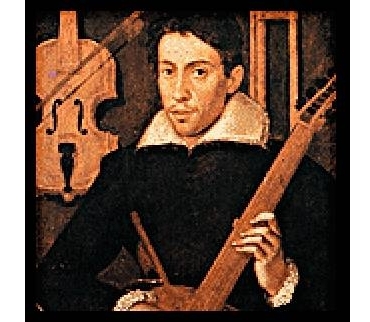 Claudio started the baroque ball rolling and his work marked the transition from the renaissance style of music to that of the baroque period and he was the major figure in developing the baroque style. He wrote one of the earliest operas, L'Orfeo, which is still regularly performed.

He learned music initially by being a member of the choir in his local cathedral and also being taught by the local maestro di cappella. That was probably more important. He later studied music at the University of Cremona.

Claudio worked for the court of Mantua first as a singer and violist, then as music director. He wrote madrigals. Boy, did he write madrigals. I have so many of them I still haven’t played them all. One of these days. He also wrote a bunch of operas.

He was married for about eight years until his wife died. His three children died in infancy. It was a dangerous time back then. In his final years he lived in Venice and became a priest (but still created fine pieces of music).

I have to go with one of his madrigals, this is Lamento della Ninfa.

Attilio Malachia Ariosti was an Italian composer from Bologna. He was born in 1666 and became a monk at age 22, but he soon tired of monking and left the order to become a composer for the Duke of Mantua and Monferrato. I assume that’s one greedy duke rather than two of them. 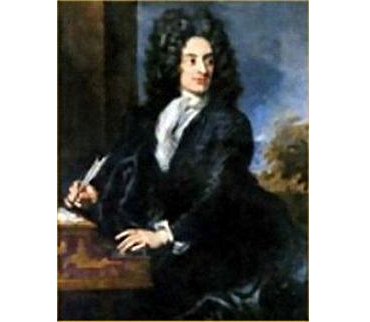 After a few years, Attilio went to Berlin at the behest of the queen of Prussia (Sophia of Hanover) who was particularly keen on music and obviously had the moolah to indulge this whim. He stayed there for about six years. Sometime later, he went to Paris and also London where he competed with Handel putting on operas. He lost. He pretty much vanished from sight after this.

About the only works of his that are around are called collectively the “Stockholm Sonatas” for viola d’amour (an instrument of which he was particularly fond). They are called that because the sole surviving source for most of them is in the Statens Musikbibliotek in Stockholm.

Henry Purcell was the greatest English composer until Handel went over to visit his old friend George One and decided to stay. He may have become as good as Handel but he died young and we’ll never know what he may have produced – bit like Buddy Holly really.

Henry’s father and brothers were all musicians and composers and little brother Daniel finished off much of the final act of The Indian Queen after Henry kicked the bucket.

Henry is said to have been composing at nine years old, but the earliest work that can be certainly identified as his is an ode written when he was eleven. A late starter.

After his father died his uncle, who was well connected, got him a position as a chorister in the Chapel Royal until his voice broke (Henry’s not the uncle’s). He then got a job as an assistant to the musical instrument keeper for the King. Later he was appointed organist at Westminster Abbey and he started writing music in earnest, sacred music at this time.

After about six years, he started producing secular works including his opera Dido and Aeneas, often considered the first genuine English opera (although some give the gold medal to John Blow's Venus and Adonis).

Later he wrote anthems for the coronation of King James II (he knew on which side his bread was buttered). He continued writing many pieces for the theatre and operas as well as sacred music (he still held the Westminster Abbey post).

He died in his mid-thirties of an unknown cause. Some say it was tuberculosis, others that it was from a chill contracted after his wife locked him out after he returned late from the theatre.

His works are still in the musical repertoire today. Here is the Overture to the Ode for the birthday of Queen Mary.

Marc-Antoine Charpentier was a French composer born in 1643. 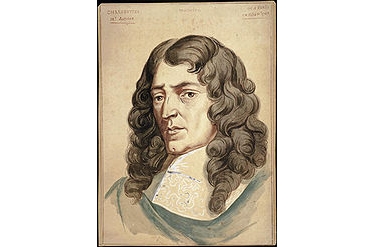 Marc-Antoine received a good education - Jesuits may have been involved - and then went to law school in Paris. However, he dropped out after one semester and tootled off to Rome for two or three years. He didn’t just sit around there drinking vino and eating pasta; he studied music with Giacomo Carissimi.

Upon returning to France, he began working as house composer to Marie de Lorraine, duchesse de Guise, Louis XIV's first cousin. He knew a good thing when he tripped over it and remained there for 17 years until old Marie died. In his time there, he composed chamber works, trios and the like, as well as major pieces, operas and pastorals and so on.

Soon after, he got a job composing for Louis's son. He was quite successful, was awarded a royal pension and was commissioned to write for various court events. He spent his last few years as maître de musique to the Jesuits.

This is his take on psalm 110, called Confitebor tibi.

Francesco Saverio Geminiani was born in 1687 in Lucca (Italy, well it wasn’t called Italy back then, but you know what I mean).

He received music lessons from Alessandro Scarlatti (that’s the daddy Scarlatti), and studied the violin under Arcangelo Corelli.

He became leader of the opera orchestra in Naples, thanks to Scarlatti putting a good word for him. A little bit of nepotism doesn’t hurt.

Three years later, with a reputation of a virtuoso violinist preceding him, he went to London where he remained for the rest of his life (excluding visits to Paris and Dublin). At one stage he played several of his violin concerti with Handel at the keyboard, for the court of George I. Boy, would he be good at name-dropping.

He wrote books on violin playing that are an invaluable source of baroque performance practice. His works include concerti grossi, violin concerti, violin trios and pieces for harpsichord and guitar.

He learned the concerto grosso style of playing from Corelli who pretty much invented it. Here is one of them, Corcerto Grosso in D maj, Op 2, No 4.

Once more, thank you for these great posts, Peter. It is wonderful how you make the lives of these exotic characters from history spring to life in a modern context. One wonders, indeed, what IS the story behind a composer like Attilio Malachia Ariosti to "tire of monking' and leave for secular work at 22!

I'm ready for my Sunday now.

Your knowledge of the composers and their compositions is prodigious. I am constantly amazed at the depth of knowledge and of your ability to write on these, sometimes obscure, composers and performers. Kudos to a true lover of all types of music.

I do listen to some of your posts and my hearing is improving, although I do have a long way to go. I found the madrigal enjoyable, although to my poor ears, the bassos overwhelmed the tenors.

How I missed these guys, I will never know. Every night before dinner, my grandfather would put a record on the new hi-fi, but never the baroque.

I'm always looking for new music! I thank you for your expertise and opening my ears to this music.

I've always enjoyed music from this period, but have not made much time for it in recent years.

Would you be kind enough to give me the specific reference to the Corcerto Grosso in D maj, Op 2, No 4. -- I need to own that so I can hear it often!