I started this as a general piece on Johann Sebastian Bach but the first couple of tracks I chose were for a solo instrument. Ah, I thought, why not do the whole column on some of Bach’s works for solo instruments? Then I can visit old Jo again some time (as if I need an excuse).

These are stripped back works; think of them as Bach Unplugged if you like. Actually, more like Bach Uninstrumented (except for one).

Bach wrote quite a lot of works for a single instrument. He must have had a bunch of good musos around asking for new works all the time. Of course, he was pretty good on several instruments himself so maybe they for his own delectation.

Johann's father, Johann Ambrosius Bach, taught him to play violin and harpsichord. An uncle, Johann Christoph Bach, taught him the organ. Alas, his father and mother both died within months of each other when Jo was only 10.

He moved in with his oldest brother, Johann Christoph Bach. There could be a bit of confusion at Bach family get-togethers, I imagine. I'll save the rest of his background for another day and get on with the music. 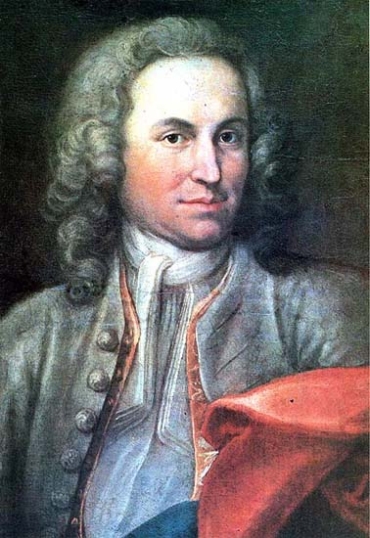 The piano as we know it didn't come along until way after Jo went toes up. He wrote a bunch of things for the harpsichord, one of which I'm featuring down below. Enterprising pianists over the years have thought, "We can play these, keyboards are the same." Well, except for the colors of the black and white keys being reversed.

I wonder if the white keys played louder in Bach's time (very obscure joke). Anyway, what all that waffle means is there are a lot of transcriptions of harpsichord works for piano and I, for one, prefer the piano interpretations. This is the strange, but always interesting, Glenn Gould playing the Toccata in E minor BWV 914.

The violin was certainly around in Jo's time. After all, he learned to play it himself. Around 1717, Jo was on the lookout for a stable job and found one with Prince Leopold of Anhalt-Cöthen. Leo was a musician himself who appreciated Jo's talents, however, he was a bit uptight, a Calvinist, and there was none of that elaborate music in Jo's religious works for him.

So Jo wrote secular works: orchestral suites, the six suites for solo cello and the Brandenburg concertos are all from this time. He also wrote sonatas and partitas for solo violin and it's part of one of the partitas we have today, the Partita No 2 D minor, BWV 1004. 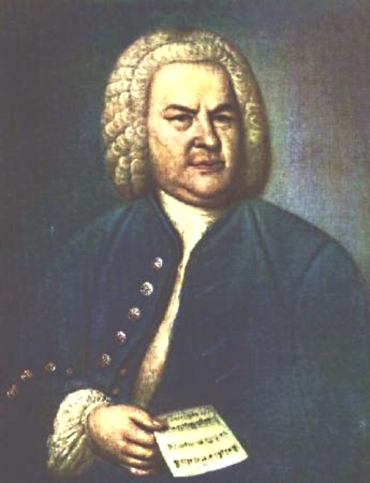 I’m not a big fan of organ music except when Booker T or Al Kooper is at the helm. This isn’t the case here. I had to play several of these CDs to find a track that didn’t offend my sensibilities. The things I do for you. Of course, it’s Bach, so it could have been a lot worse.

Here is the fugue in B minor BWV 579 (After Corelli). That means that old J.S. was not above a bit of pinching from other composers. We know that he copped some of Vivaldi's as well. I guess it’s the folk process, only on a grander scale.

♫ Fugue in B minor (after Arcangelo Corelli) Jo didn’t write any pieces for guitar but he did write for the lute. Guitarists through the years have transcribed these for the guitar, as has been done for the piano (well, not the guitarists in that case), I’m happy to go along with that.

For those who prefer the lute, there's a bit of luting going on down near the bottom of this column. For the moment, it's some guitar work. This is the Sonata No 2 in A minor BWV 1003. It began life as a sonata for violin, so it wasn't just lute transcriptions the guitarists indulged in.

♫ Sonata No 2 for Guitar

In spite of being a whiz on several instruments, Jo was best known in his day as a keyboard player, particularly the organ. However, he certainly liked to dabble a bit on the harpsichord. Indeed, he transcribed other composers' works for this instrument. He was particularly fond of Vivaldi and arranged a bunch of his violin concertos for the harpsichord.

This isn't one of them, I just threw that in for a bit of light relief. This is one of his own, the Allemande from Partita No. 1 in B major BWV 825.

Boy, I don’t know about this lute. This is from the cover of the CD and if I saw that lute approaching, I’d be out of there. It looks like a shark or a crocodile or at least a barracuda. They had dangerous instruments back in Jo’s days. It also looks as if you had to be half undressed to play it. 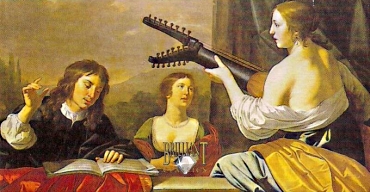 According to the CD, this is a 13-course lute. Sounds like a degustation to me. No accompanying wines were mentioned, however. Be that as it may, this is the Gavotte from the Suite in G minor for lute, BWV 995.

♫ Gavotte I and II 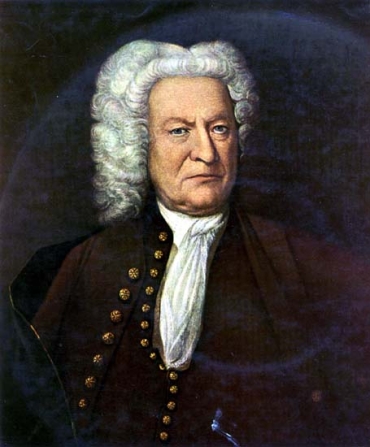 I think the apex of Jo's solo works were for the cello. I know the organ aficionados will disagree with that and that's their privilege.

He wrote six cello suites and all of them are marvelous, so it was a bit of a coin toss to decide which one to play. Actually, more the throw of a die (as there are six of them). I didn't do it that way, I let my ears do the tossing and came up with number 3. This is the second movement, the Allemande, from the Cello Suite No. 3 BWV1009.

Now that we are done tapping our toes and daydreaming along, will you take a moment to tell us about the protraits?

Thanks again for a lovely Sunday morning! Dee

OK...now you've done it! I need to hear more of that Bach guitar! Wow! That hit the spot this morning. Thanks, Peter.

Since I discovered the Bach suites for solo cello thirty or more years ago they have been music that I go back to repeatedly. I have run through half a dozen recordings over that time, but I have ended up right where I started - with Nicolas von Harnoncourt. A very "dry," even stark interpretation.

quote "...you had to be half undressed to play it."

I'm pretty sure only the women Peter just like in the tee vee and movies now!

Loved the violin Partita in D minor--going to play it again now and so some deep breathing to get this day off to a good start.

Thanks for all your wonderful offerings--