Emmylou Harris is on track to challenge Willie Nelson’s record of singing duets with every person on the planet. Or at least every person who can sing in tune (although that last isn’t a necessary criterion).

So today I’m going to feature Emmylou Harris singing duets. It’s also an excuse to include lots of photos of her. 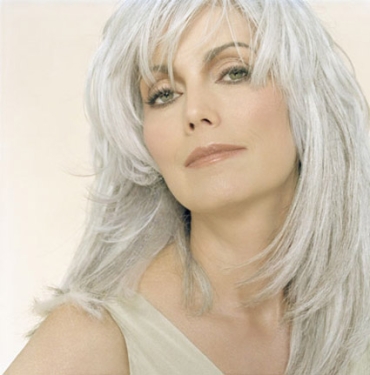 This one is easy for me as there are three (to my knowledge) CDs available entirely devoted to duets with Emmylou (and I have them all). It’s just a matter of going through them and selecting the best. I would have liked to include all, or most, but that would mean more than fifty songs and I think Ronni might object to that.

Emmy was discovered singing folk songs in various bars in Washington D.C. by Chris Hillman. Chris mentioned her to his one-time band mate from The Byrds and The Flying Burrito Brothers, Gram Parsons. Gram was recording his first solo album and was on the lookout for someone to sing with him. Boy, did he strike the jackpot. 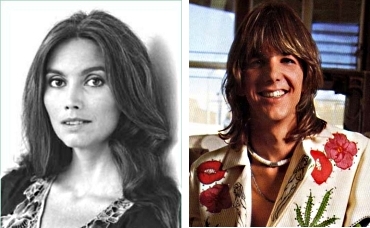 Emmy sang on the first album, “GP,” and on Gram’s second, “Grievous Angel.” Gram died before this last one was released of a (well multiple really) drug overdose. He was 26, didn’t quite make the traditional 27 for dying rock stars.

Gram was born into an extremely wealthy but extremely dysfunctional family. Throughout his life he had an annuity that, even today, would see me very comfortable indeed. This was a point of contention with other members of various bands he was in because he didn’t really care if they were successful or not. He just wanted to make the best music he could.

Here he and Emmylou sing We'll Sweep Out the Ashes in the Morning from the “GP” album.

Gary Stewart was named after Gary Cooper. He was one of nine kids all of whose names began with “G”. Well, his parents were George and Georgia. I imagine towards the end of that run they’d be making up names.

His was a music of dangerous, wild abandon and for a few years there in the seventies, Gazza cut a string of ferocious, magnificent recordings - some of them hits, most of them not.

He was too rock for country, too honky tonk for rock. He wasn’t country rock. He was one of a kind. When he sang, you held your breath wondering if he'd get out of the song alive.

Like Hank Williams, he didn’t get out of this world alive. In December 2003, he was found in his Florida home dead by his own hand, days after his wife of 43 years died of pneumonia.

Here is a song called Rachel from one of his great albums from the seventies, “Your Place or Mine.”

I have to include the Queenston Trio, a joke name they gave themselves when Emmylou Harris, Linda Ronstadt and Dolly Parton all came to town on the same day. 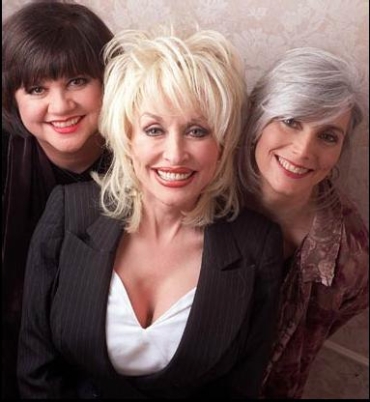 They recorded a couple of albums together called “Trio” and “Trio II”. This track is an outtake from the latter album. How it didn’t make the cut is beyond me as it’s the best thing they have ever done. Anyone who doesn’t get goose-bumps when Linda comes in on the last verse has a heart of stone. This is a great track: Softly and Tenderly.

For those who came in late, Mark Knopfler was the singer, lead guitarist and song writer for the rock group Dire Straits. 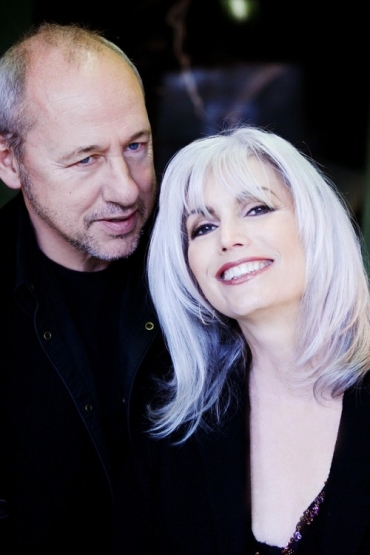 Dire Straits started out as a really fine four-piece band. Eventually they became more and more successful and started doing huge gigs reminiscent of U2 and Led Zeppelin at their bombastic worst. Mark pulled the plug on all this and just did things he wanted to.

One of those things was a fine album with Emmy a couple of years ago called “All the Roadrunning.” This is a song from that album called Love and Happiness.

The next is the car crash song. It’s not actually about a car crash, but you know when you’re driving and up ahead there’s a commotion and you see the flashing lights, the ambulance, police, tow trucks and you realise there’s been a serious accident.

You slow down because there’s usually a lane or two blocked, but you’d have slowed down anyway. Even though you claim to be above that sort of thing, you’re going to gawk as you pass. This is that sort of song. I wasn’t going to include it but I knew that I would anyway.

This has peddle steel guitars, talkie bits, unread letters, people dying, the full country catastrophe. It does, however, also have Steve Goodman, one of the most interesting and entertaining singer/songwriters. Alas, Steve died of leukemia at age 36.

This is one of his little ditties called Fourteen Days.

Yes, yes, I’ve featured Linda Ronstadt already with the Queenston Trio but I’m going with her again. When Chris Hillman introduced Linda and Emmy, he suggested they’d probably become good friends. He was right. Chris was good at introducing Emmy to people. I wish he‘d introduce her to me. Oh, did I say that out loud? Just ignore it. 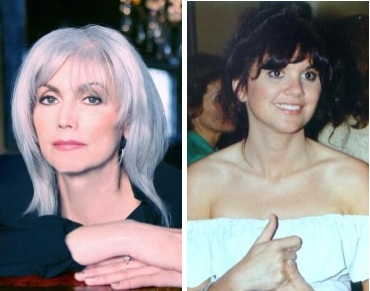 Anyway, what is there that I can add to what’s already been said about Linda? Nothing really. Any area of music she chooses to sing, she does it better than anyone else and she’s recorded just about every style.

This is Linda and Emmylou with Across the Border from their terrific album “Western Wall.”

♫ Emmylou and Linda - Across the Border

By the way, if you’re looking for those “Trio” albums, don’t ask for the Queenston Trio. They won’t know what you’re talking about.

Here’s another gratuitous photo of Emmy. 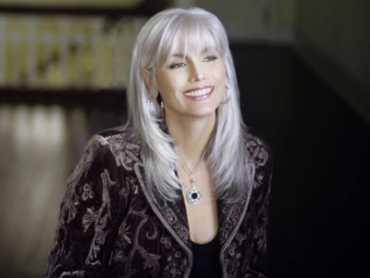 She can do no wrong!

While leaving one Emmylou's shows, my late wife opined that "it's not fair that someone can look like that and sing like that!"

Here she is singing "Good-bye," with Steve Earle:
http://www.youtube.com/watch?v=Rr2IY8q687I

What talent! What beauty! What strength! That woman has been to enough funerals to classify as an angel amongst us mere mortals. All of those songs you chose were heavenly. Thanks Peter.

Emmylou has been a favorite of mine for years and years. Thanks for a very nice roundup of ELH tunes.

BTW, I gather you are quite stricken by Miss Em. ;-)

She is surely gorgeous, and one of those rare people who age with a patina of beauty that outshines any fresh-faced debutante.

I agree that Emmylou is fantastic, but my favorite is still Linda. As you probably know I might be a tad biased because she is from Tucson, a place I have called home for 47 years.

The Ronstadts are a famous family here and once owned a large department store.

Aside from that, I just love the quality of Linda's voice and she and Emmylou blend well together.

Simply lovely fun. :)...she says with her heart tapping.

Oh my, all that Miz Emmy in one place! I'm gonna have to sit down and get my breath back.

You left out two of my favorite trios of hers - the Cater Family's "Are You Tired of Me Darling" with Nanci Griffith and Iris DeMent on Nanci's Other Rooms, Other Voices CD, and "Didn't Leave Nobody But the Baby" from the soundtrack to O Brother where Art Thou with Alison Krauss and Gillian Welch. Those are absolute gems!

I absolutely love her music and have loved watching her beauty progress through the decades. Was thrilled to see her on stage with the O Brother Where Art Thou troupe some summers ago, in an outdoor amphitheater at the Oregon State Fair grounds--such an appropriate setting as backdrop for an outstanding show.

Ah,Pierre. If you keep on opening my eyes to such gems, I won't have any money left for food after buying these album.

Thank you for the review and links and pictures! Emmylou is so pretty no matter when!