ELDER MUSIC: Forgotten (But Not Completely)

Remember these? "No, I don't,” you'll probably say but when I play them, at least some of you are going to go, "Ah yes, that song." If that happens, this column won’t have been in vain.

I listened to the first three tracks and I think I’ve figured out why they are forgotten – they sounded too much like other, more famous, singers. The three are Adam Wade who sounds like Johnny Mathis, Roy Hamilton standing in for Jackie Wilson and Ral Donner who was the best Elvis ever except the King himself.

When I say these people are forgotten, that really means I haven't heard about them for a long time. It may be different for you as I found when researching my first artist, Adam Wade. I remember him as a singer around about 1960 or so and that's it.

However, I've found that he subsequently became a daytime TV host and has appeared in films and plays. Well, that'll teach me not to go off half-cocked. 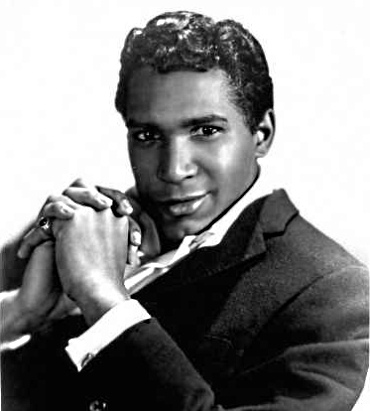 As I've started writing about him, I'll keep going, forgotten or not. I suspect the same thing might happen with some or all the others today. Oh well.

Adam's early job was as a lab assistant to Jonas Salk on the polio research team. Not too many people I write about performed such a useful service. But Adam wanted to sing so he left and pretty much had a major hit immediately with Ruby.  The next year he had three songs on the charts, one of which I'm using today, Take Good Care of Her. This is the Johnny Mathis sound-alike song (well, all Adam's songs sounded like Johnny singing).

Around the same time that Adam had his hits, Roy Hamilton hit it big with You Can Have Her. He'd already had several hits before, including the R&B tune, Don't Let Go. 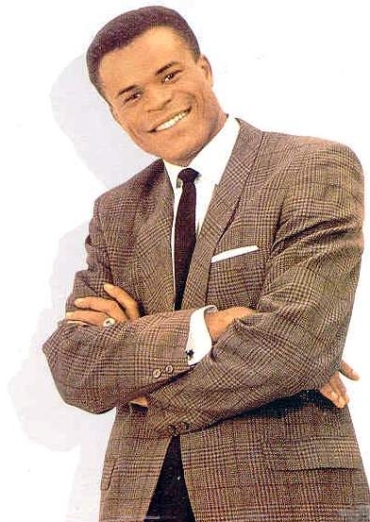 Roy studied commercial art and he had operatic voice training – that shows in his singing. He was also a heavy weight boxer. I don't know how that'd be any good for his singing (or anything else, if it comes to it).

Like many pop singers before him, his singing career began in a gospel quartet – The Searchlight Singers in his case. Also like many before him, he left to seek his fame and fortune in popular music.

Unfortunately, Roy died in 1969, after suffering a stroke, at age 40. This is You Can Have Her.

♫ Roy Hamilton - You Can Have Her

Ral Donner trod a fine line between original artist and Elvis impersonator - 20 years before there was such a category. 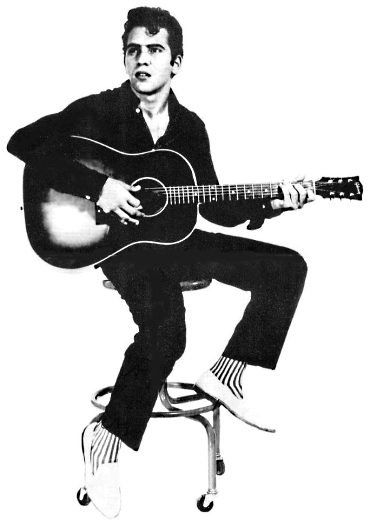 However, it didn't really matter much what Ral wanted, the studio executives were forever pushing him in the Elvis direction.

He started singing early, at age 13, but he was always blessed/cursed with that voice. So much so that later he narrated the film This Is Elvis in 1981, because he not only sang like Elvis, he spoke like him as well. He died of cancer at age 41.

Here he is with a song Elvis also recorded, Girl of my Best Friend.

I had a vinyl album of Bob Lind that had the song Elusive Butterfly on it. Probably still have it somewhere. That track was pretty bizarre as it had Bob's voice on one channel and everything else on the other. Fortunately, they've remixed it properly for the CD version I'm using today. 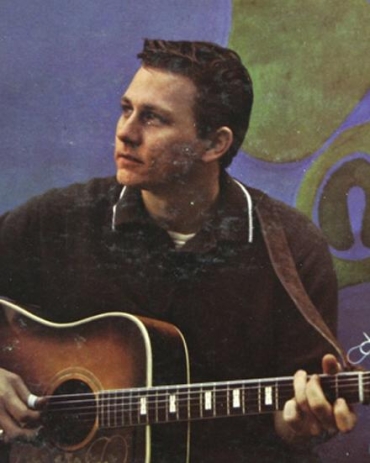 Although considered a one-hit wonder, Bob is a songwriter of note and his songs have been covered by a myriad of artists, including The Blues Project, Nancy Sinatra, The Four Tops, Eric Clapton, Aretha Franklin, Glen Campbell, Dolly Parton, Hoyt Axton and on and on. He's also written a bunch of novels.

He retired from performing some time ago but has recently picked up his guitar and is singing again. His early albums have been reissued (properly mixed, I hope).

Readers of a certain age - that is, those around about mine, or those who are at the elder end of the baby boomers - will know immediately what song is coming up when I mention the name Scott McKenzie. 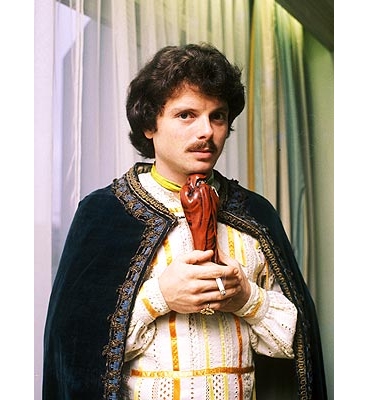 Scott, or Philip Blondheim to his folks, was a boyhood friend of John Phillips (that's Papa John of the Mamas and the Papas). They were in several groups together when they were young, the most famous of which was The Journeymen. John wanted Scott in his new group, the one I've already mentioned, but Scott decided to go for a solo career instead. Good decision there, Scott.

However, John wrote him a song that became his only hit, San Francisco (Be Sure To Wear Flowers In Your Hair).

Tommy Edwards recorded the very best version of the song, It's All in the Game. 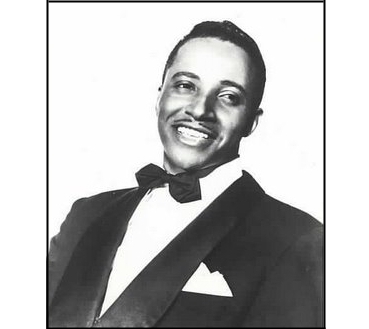 Tommy was already performing when he was nine years old and was recording in the Forties, first with covers of Louis Jordan songs and then with other covers from then and through the Fifties. He died at 47, in 1969, of a brain aneurysm.

The song was written by Charles Dawes – well, the tune was. The words were supplied by Carl Sigman. Those with really long memories will recall that Charlie was the 30th vice president of the U.S. The big cheese at the time was Calvin Coolidge.

Soon after his election Charlie sent an insulting letter to Calvin informing him that he would not be attending cabinet meetings. Things went downhill from there. Later he was ambassador to Great Britain and he won the Nobel Peace Prize for his input into Germany's reparation payments after the first great unpleasantness. And didn't that go really well.

But this is supposed to be about Tommy Edwards. Here he is with that song.

♫ Tommy Edwards - It's All in the Game

Those who remember Noel Harrison’s name probably do so in connection with the TV program, The Girl From UNCLE, a series that bore more than a passing similarity to The Man From UNCLE. Others may remember that he was Rex Harrison’s son.

There could be some who remember his representing Great Britain in two Winter Olympics. There may even be a few out there who recall that he had a bit of a music career in the Sixties. My sister Pam is definitely one; she had several of his albums. May still have them. 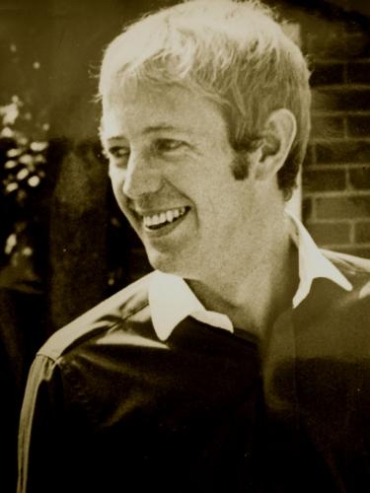 You may remember him from the song The Windmills of Your Mind, the theme tune from the film The Thomas Crown Affair (the original version), but before that he had a bit of a hit with the song, A Young Girl, written by Charles Aznavour. Noel’s is an English version but sounds rather "translated,” shall we say.

Great choice of one-hit-wonders! I remember them all...well not the Roy Hamilton... It seems that there is no end to the funny pictures of us in the 60's - I'm referring to the picture of Scott McKenzie. We were the circus that came to civilization! The flowers are gone but the seeds remain. It's 2010, do you know where your freaks are? Thanks for sharing these songs.

Cile, great comment. I love those pix, but yeah, this one of Scott McKenzie...love the cigarette.

Wow - great entertainment this go round!

Ahhh, Noel Harrison. I remember as a young pubescent girl learning all the lyrics to Suzanne. The lyrics were romantic, strange, and the melody haunting. It would take until I was middle aged and internet savvy to learn that Noel Harrison did not write the song. (Leonard Cohen did, as you know).

It amazes me how many performers have added their own rendition of Suzanne in addition to NH:

My brother bought the 45 to Elusive Butterfly and attempted to learn it on guitar when he was in elementary school. For some reason, he really was hooked on that song, but I didn't like it even then. Too mainstream? Too goofy? I never liked Bobby Goldsboro for the same reason.

My brother is now an accountant who wears a Republican badge on his sash, and I am still a liberal renegade. I could've predicted this just from our choices in music...though he did like the Beatles!

A little story about Noel...

One of my daughters used to work as a Girl Friday, stage hand, actress, and gopher for a small theatre here in Cowtown: Casa Manana.

Noel Harrison was there in 1998 to do Camelot. My daughter came home all the time saying he was a disgusting old lecher whose dressing room vapors could get the entire orchestra pit higher than Cheech and Chong put together.

Ral Donner?!? Haven't heard that name for years! -- Fun post, as always. Thanks!

I only recognise a couple of these. I only know Ral Doner because his song "You Don't Know What You've Got" is on a Time-Life compilation I bought.

I LOVED "Elusive Butterfly", which I remember listening to in the back seat of my mom's car on the way to grade school. I still love that song today.

And of course, the Scott McKenzie. I was only 12, so I wasn't going to San Francisco, but I did love the song and still do.

No matter how techno the music today is, nothing works like music from old times when we need some peace and relaxation.
At least on this point, there is no end for epic art