We all know that Phil Spector is an obnoxious piece of work and is as crazy as a loon. However, as a producer in the sixties, he created some of the finest records of that decade or any decade really. I’m not going to dwell on him any more except where it’s relevant to the music. 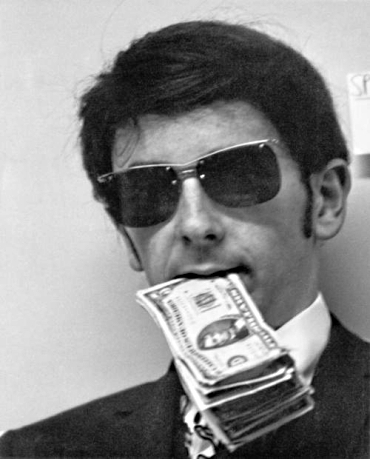 Spector’s first production was for a group called The Teddy Bears. Indeed, he was one of that group. He not only wrote the song and produced it he also played every instrument on it as well, except for the drums that Sandy Nelson played. It sold millions. 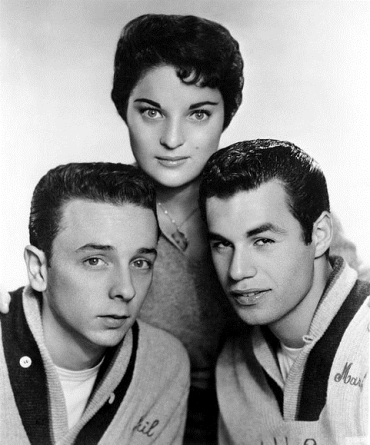 The song is To Know Him is to Love Him which Spector took from the inscription on his father’s tombstone. I imagine those words won’t be on his.

Besides Spector, the other members of The Teddy Bears were Marshall Leib and Annette Kleinbard (and maybe Sandy, but he’s never in any of the photos). The group had a few more singles after that that went nowhere and Spector disbanded the group.

Annette changed her name to Carol Connors and had a successful songwriting career. Her biggest number was Gonna Fly Now (the Rocky theme, nice little earner that one).

♫ The Teddy Bears - To Know Him Is To Love Him

Ben E. King was lead singer for The Drifters for a little while. 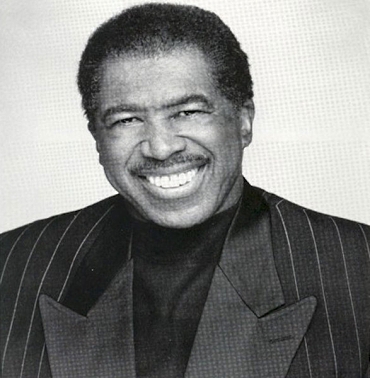 His mum and dad knew him as Benjamin Earl Nelson and he was originally from North Carolina but moved to New York when he was nine.

Ben started his singing life in a group called The Five Crowns. Not long after he joined the group, the manager of The Drifters fired the lot of them, grabbed the Crowns and renamed them The Drifters.

Ben wrote several of The Drifters’ songs (as well as many of his own solo works). He only recorded ten songs with the group and never toured with them. He left when the manager refused to give him a fairer share of the group's royalties. Lot of that going on back then.

The first song he recorded when he went solo was Spanish Harlem. Not a bad first effort, if you ask me. This was written by Jerry Leiber and Spector. Ben said that Jerry and Mike Stoller did 95 percent of the production of the song and Spector came in to put the icing on the cake. Still counts for this category though.

Curtis Lee is from Yuma, Arizona. 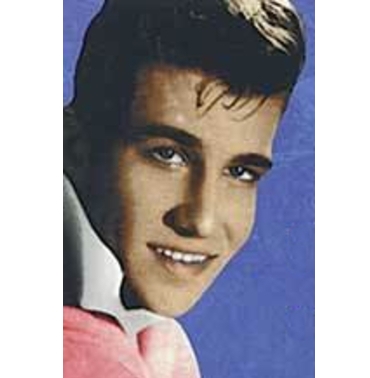 Curtis started as a songwriter with his friend Tommy Boyce (who later joined with Bobby Hart in a very successful songwriting/production team). Curtis recorded a few songs that went nowhere. Ray Peterson introduced him to Spector and he had several successful songs with him.

Later, without Spector’s guidance, the hits dried up. He left the business and went into the construction industry with his dad.

This is Pretty little Angel Eyes.

There are any number of songs by The Ronettes that could have been included so it was really a bit of a toss up which to select. In the end, I decided on Walking in the Rain. 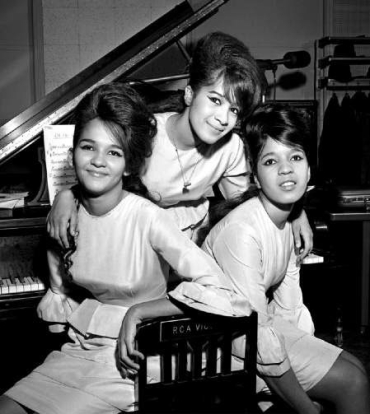 The Ronettes were Estelle and Ronnie Bennett (yep, your TimeGoesBy host used to be a pop star - just kidding, it was another Ronnie Bennett) and their cousin Nedra Talley.

They grew up in New York and their grandmother urged them to harmonize. Granny entered them into a talent show at the Apollo Theatre and they won.

Their professional career began as dancers at the Peppermint Lounge and the manager mistook them for a singing trio who was supposed to perform and put them on. In the way of these things, they were an instant success. They should make a film of this. They probably have.

They came to the attention of Spector who wanted Ronnie as a solo singer. The group refused and he was stuck with all of them. They made a number of successful records and toured with the likes of The Beatles and the Rolling Stones.

Ronnie married Spector, but it was a far from happy marriage. She retired from performance for several years under his oppressive control. Not surprisingly, the divorce was acrimonious.

The Ronettes were finally inducted into the Rock and Roll Hall of Fame in 2007. They had been eligible for years but it seems that Spector, as a member of the board of governors, deliberately prevented their being nominated.

♫ The Ronettes - Walking In The Rain

Now to a tune that Norma, the Assistant Musicologist, considers the best track ever committed to vinyl, or whatever music is committed to these days. The Righteous Brothers had a number of hits produced by Spector but none as good as You’ve Lost That Lovin’ Feeling. 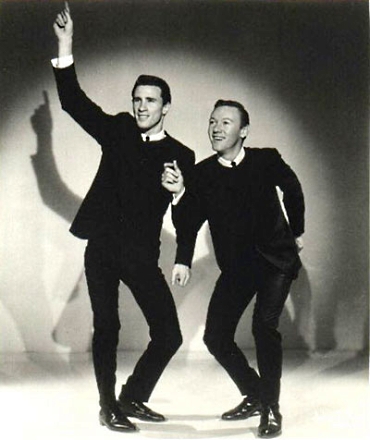 The Righteous Brothers were Bill Medley (he’s the one with the low down voice) and Bobby Hatfield (he’s the other one).

They had a couple of very minor hits before Spector produced them. This song is the first of theirs with him. They made a number of other memorable songs about which I don’t need to tell you. It’s claimed, although by whom I don’t know, that this song is the most played song in radio history.

It seems the singers did not get along with Spector. Now there’s a surprise. They left him as soon as their contract was up.

Bill produced their music from then on with a production very similar to Spector’s in its sound. They each had solo hits, especially Bill, but sang together as well. Bobby was found dead in 2003, just before one of their shows. It was thought a heart attack at the time, but turned out to be drug related.

I asked the A.M. which of The Crystals' songs I should include. Her immediate answer was He’s a Rebel. I had a short list of three, including that one, so it’ll save me making a decision. 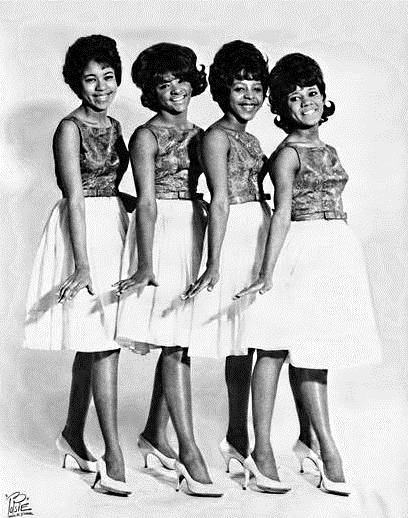 The Crystals are often pictured having four or five members, but there have been several more as well. Anywhere up to eight people have been mentioned as Crystals. There was no one lead singer, several of them took that role. Indeed, Spector wasn’t particular about who appeared on any particular track, using whomever happened to be around or who took his fancy on any particular day.

In fact, for this song, the lead singer is Darlene Love and The Blossoms perform the backing vocal. Not a Crystal to be seen. 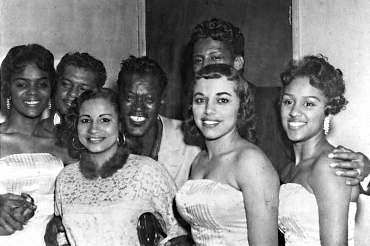 That’s Darlene on the right with a couple of the Blossoms.

In spite of the A.M.’s opinion, I think the high water mark of Spector’s production is River Deep, Mountain High by Ike and Tina Turner. 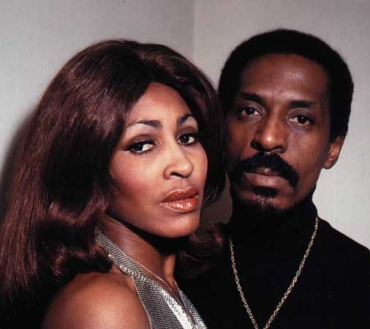 Spector was understandably proud of this track. He was quite miffed when it went nowhere on the charts and a miffed Phil Spector is something to be avoided at all costs. He really didn’t produce anything else anywhere as good after this.

This is always credited to Ike and Tina, but it’s Tina who does all the singing. Ike was one of Spector’s musicians so he probably appeared on it too. Besides, they were still performing together at the time.

I don’t need to tell you about Tina’s really successful solo career after she and Ike split, so I won’t. I’ll just play the song.

There are any number of songs that I could have used but there was one I couldn’t bring myself to include: He Hit Me and It Felt Like a Kiss by The Crystals. Yes, the words of the song are as appalling as the title suggests. It includes lines like, “When I told him I had been untrue, he hit me and I was glad”.

Even Spector withdrew the record not long after it was released (although it still turned up on the box set of his work). It was written by Carole King and Gerry Goffin. Gerry admitted the words were “a little too radical” for their time.

Sorry, Gerry, they’re “a little too radical” for any time.

I truly enjoyed every word and every song in this post. I know all the words to all the songs and it was a trip to hear them again. My personal favorite is The Righteous Brothers. But Tina Turner is a close second. I'm glad to hear Ben E King is still singing. The way you wrote this post helped me tune down my total dislike for Phil Spector. And I am so glad to read your remark "Sorry, Gerry, they’re “a little too radical” for any time."

It seems that it is the gritty underbelly of popular culture that makes it such a guilty pleasure. Time and time again I will find a lyric roiling around in my head from some song that it so politically incorrect that I feel ashamed that it even took up residency in my cranium. Yet there it is...linked infinitely to the melody and the beat.

I guess we can't just pick out the pretty bits in taming any wild, creative endeavor. It takes an element of Phil Spector, an Ike or a Gerry or the swagger of Carole King to add what the creative thing needed. I've thought about this before and I'm beginning to think it is the nature of the process...

Awesome music and thought provoking post. Thank you once again Peter and Norma.

No argument Spector was an evil genius.

But as Cile pointed out, it seems to be quite a common trait in the entertainment world (literary authors aren't immune, either).

Ol' Phil did make quite a contribution to the rock and roll era, just too bad his deranged self is what we remember most.

Thanks Norma and Peter!

Now I really feel old. These are songs that my step daughter would recognize. I guess that makes me the elder of an elder.

Speakers turned up! This is always so much fun. Thanks!!

Don't forget about The Phil Spector Christmas Album! It's a classic, and includes performances by the Ronettes. They certainly were lovely girls.

Despite his genius, Spector had some misses. Paul McCartney so dislike the production of Let It Be that he remastered and rereleased it as Let It Be...Naked. The combination of Spector and Leonard Cohen on Death of a Ladies Man is widely regarded as one of most ill-conceived match of a producer and artist in all of popular music.

But when Spector was great, which was most of the time, he was really great. Bruce Springsteen had Spector in mind when he developed the sound of the Born to Run, and you can hear that in every track.

Ah K, you're way ahead of me. I have a column in the works on The Beatles that touches on the Let It Be Naked saga. Beat me to it.

Two of my serious favs -- Tina Turner and the Righteous Brothers!!!!!
Thanks!!!!

Thanks for the post! I've always been a fan of Phil Spector's musical talent. Phil Spector, the man, well, no. But I'll never, ever forget the first time I heard "Be My Baby." Life-altering!