This is yet another inspiration from Norma, the Assistant Musicologist. She may have had the inspiration but she left me to tell you all about it.

The A.M. is a big fan of jump blues and R&B from the forties. She suggested Rocking and Rolling before Alan Freed put in the punctuation and turned it into Rock ‘n’ Roll. These are all late forties, early fifties and have their roots in blues, boogie, R&B and swing. The tunes (mostly) have some variant of rock and roll in their title or prominent in the lyrics.

I’ll start with a song that was covered by many in the rock ‘n’ roll era, including Elvis. This is the version by Wynonie Harris from 1947. 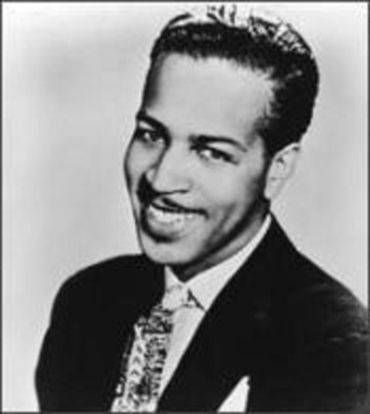 Wynonie was born in Omaha, Nebraska, which is not your usual place for a blues singer, but I guess they can come from anywhere. He certainly produced a number of records that were forerunners of rock & roll.

Wynonie had, shall we say, a certain way with the ladies and there are a bunch of little (well, not so little any more) Harrises scattered around. He learned a lot from blues shouters Jimmy Rushing and Big Joe Turner early in his career. Joe is also featured here today.

As there were no records produced during the War in his field of music due to the embargo on shellac, Wynonie honed his live performances so that when the embargo was lifted his recordings were spot-on. He did some stellar recordings in the forties and fifties and even some into the sixties. He died of esophageal cancer at age 53 in 1969. This is Good Rockin’ Tonight.

(Benjamin) Sherman “Scatman” Crothers has to be included. Yes, that Scatman Crothers. Besides being in films and on TV, he had his own band in the forties. He played with T-Bone Walker and Louis Armstrong, amongst others. 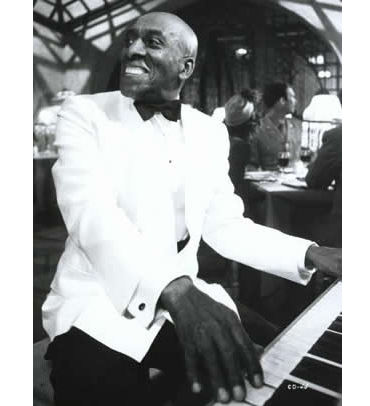 Sherman was born in Terre Haute, Indiana, yet another unusual place for a bluesman. When he auditioned for a radio program, the director didn’t think his name was catchy enough so he came up with Scat Man, apparently nothing to do with scat singing. This was later condensed to Scatman, not much in the way of condensing, removing a space.

Scatman started as a drummer at age 15 and he was also an accomplished guitarist and pianist. He appeared in many films but it’s his music that interests us today. He died in 1986 of pneumonia brought on by lung cancer. This is his song from the late 40s, I Want To Rock and Roll.

♫ Scatman Crothers - I Want To Rock and Roll

Amos Milburn is a particular favorite of the A.M. so he has to be included. Besides, he fits the criterion for inclusion so there are no problems with his being here. 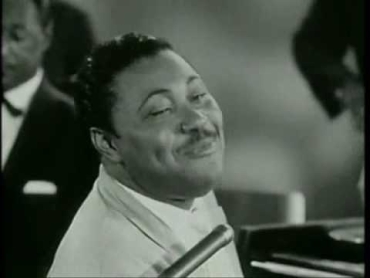 Amos was born and died in Houston, Texas. I don’t know if that means he didn’t travel far or not. I go with the “not” as he was in the navy during the war and earned thirteen battle stars in the Philippines.

After that he returned to, yep, Houston where he played jazz and R&B in various clubs around town. His recording career started in 1946 and continued until 1972 when he had a stroke and died, aged 52, in 1980. His contribution today is Let’s Rock A While from 1950.

♫ Amos Milburn - Let’s Rock A While

Cecil Gant sang in local clubs in his native Nashville until WWII started. He enlisted and some time later he sang at a war bond rally in Los Angeles where he was signed by a local record company. 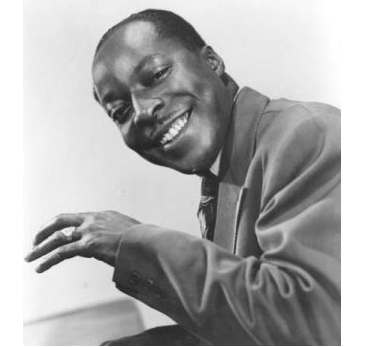 He had a huge hit at the time with his own song, I Wonder. Cecil’s style is more like that of Charles Brown or Nat King Cole rather than the shouters we’re featuring today. However, he could rock with the best of them when required.

This is Rock Little Baby recorded in 1951 at his last session, two weeks before he died suddenly aged only 37.

Doc Pomus has suggested that rock n roll wouldn’t have happened without Big Joe Turner. We know there were others performing in this style - after all, that’s the whole point of the column today - but when I listen to Joe I think that Doc has a point. 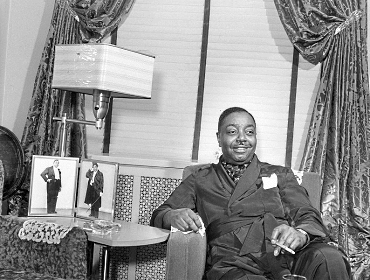 Joe’s father was killed in a train accident when he was only five (Joe that is, not dad) and Joe started singing on the streets soon after to raise a bit of money. He eventually became a bartender in a nightclub, in his native Kansas City, where he also sang. It was there he met his lifelong musical companion, Pete Johnson. Pete played piano on pretty much everything Joe recorded.

The pair headed to New York and played with Benny Goodman and were discovered by John Hammond and appeared in one of his From Spirituals to Swing concerts at Carnegie Hall. This lead to a recording career and there’s an enormous amount of great music I’m not telling you about as I don’t have the space.

Here’s Joe with Rock The Joint from the late 40s with Pete on piano. Pete has been credited with inventing “rocking blues” and I imagine Jerry Lee Lewis grew up listening to his piano playing.

My goodness, the A.M. has set me a challenge with Doles Dickens. She suggested this track and said, “Do your stuff.” 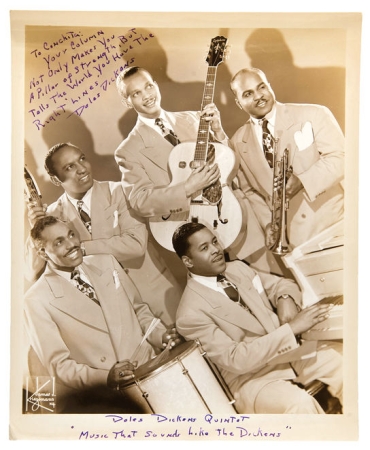 To the best of my knowledge that’s Doles in the top left of the photo as he was a bass player and that person is holding a bass. If there are any Doles experts out there let me know if I’m wrong.

What I’ve managed to track down is the following: Doles began his recording career in 1940 with the Eddie South Orchestra. In 1943, he joined The Five Red Caps. He remained with them until 1946 and they recorded a few tunes.

He then went out on his own. With his own quartet, he recorded We’re Gonna Rock This Morning in 1949. He also had a record called, Rock and Roll written by Wild Bill Moore.

He recorded throughout the fifties and early sixties. From then on he became a studio musician. That’s all I could find out about Doles.

Big Joe Turner again. After all, he was the king of them all, y’all (not James Brown).

It has been suggested that rhythm and blues became rock and roll in February 1954 when Shake Rattle and Roll was recorded.

Hooray for Scatman! This was a great post, I listened to each song and even sang along with Shake, Rattle and Roll.

Did any great musicians live to collect Social Security?

I'm shaking, rattling and rolling right through my dishes this morning! Thank you for Norma's vast memory for the best in popular music of the 40's and for your ability to "Do your stuff" Peter! I'm with Gabby...it is startling how young these artists were when they left us and what a groundwork they prepared for the explosion of rock! An amazing legacy.

Well, Big Joe made it to 74.
We originally had Little Willie Littlefield included, who made it to 78, but he didn't make the final cut.

It's a relief to know some made it to elderhood! This Sunday music was super. Thanks.