Mike Bloomfield was supposed to appear in the first piece on guitarists but due to a mix up on my part, he missed the cut so he appears first today.

His good friend Al Kooper said of him,

“He was the son of an amazingly rich man. I think Bloomfield was embarrassed by that and so he took to the South Side of Chicago, hanging out with these ne'er-do-wells and playing blues music. That was his reaction to that.”

Bloomfield found like-minded musos in the clubs there like Paul Butterfield and Mark Naftalin. Butterfield formed his band with these and some members of Muddy Waters’ band.

After leaving the Butterfield band, Bloomfield formed the band Electric Flag and then left it not too long after they released their first album (I guess leaving a band you create is better than being thrown out of a band you create as happened to Al Kooper with Blood Sweat and Tears).

He was a flawed and tragic figure. Towards the end of his life he suffered from arthritis that severely restricted his guitar playing. He also had a serious drug problem that was the cause of his death in 1981.

This is the track Albert's Shuffle from “Super Session” he made with Al Kooper. Mike was dissatisfied with this album, viewing it merely as a money making exercise. I think it’s a fine album that still stands up today. 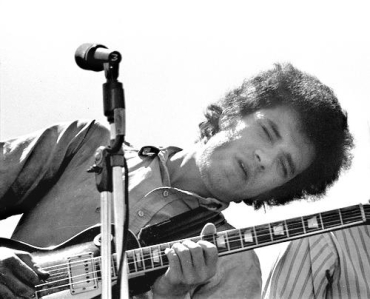 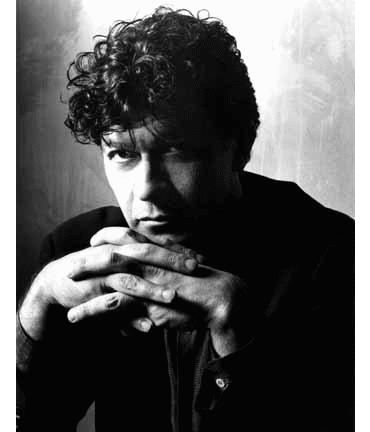 He was in a band that backed Bob which morphed into The Band, the best rock band ever. On virtually every song Bob, Robbie and Rick Danko would stand with their backs to the audience jump in the air and hit a power chord that would give Zeus pause.

They were the loudest band I had seen to that point and there have been only two or three since who surpassed them in volume. When they became a self-sustained unit, The Band left the volume behind (well, some of it) and produced songs that haven’t been equaled in the rock canon.

Robbie wrote most of the songs (after the first album) and played guitar in the group. His playing with The Band was what was needed for the particular song, not the show-off 10-minute solos that his contemporaries were playing.

Bob Dylan once referred to Robbie as "the only mathematical guitar genius I’ve ever run into who doesn’t offend my intestinal nervousness with his rearguard sound". Nice one Bob, clear as ever.

I’ll revert to 1963 when The Band were still The Hawks backing Ronnie Hawkins. Here’s Ronnie singing Who Do You Love with Robbie tearing it up on guitar.

♫ Ronnie Hawkins - Who Do You Love

Ry Cooder can play in any style imaginable (and some others no one imagined until he did it). 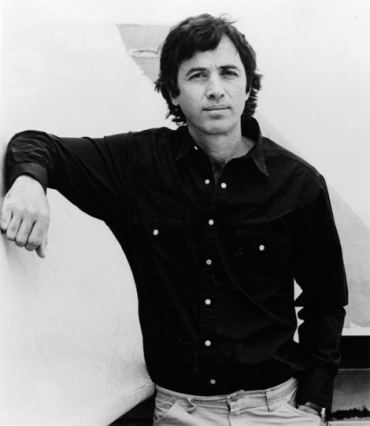 He is somewhat of a musical archaeologist, uncovering and recording older styles of music – gospel, blues, old style country music, jazz, calypso, Tex-Mex and on it goes. He is able to play in all these styles and more.

Ry was instrumental in getting the Buena Vista Social Club - about traditional Cuban music - film and recording produced. He’s also worked with pretty much everyone in the world who has made a record.

There’s either too much or not enough to say about Ry, so I’ll just stop there (how’s that for a copout?)

This is Ry with I Think It's Going to Work Out Fine.

♫ Ry Cooder - I Think It's Going to Work Out Fine

B.B. King has said that he learned everything he knows about playing the guitar from T-Bone Walker (or Aaron Thibeault Walker as his mum probably preferred). 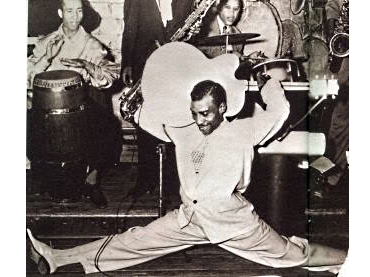 T-Bone pretty much defined how electric blues and rock n roll guitar should be played. Les Paul is the only other person who comes close to him in influence in this regard. Indeed, T-Bone said that the first person he heard playing electric guitar was Les.

Women would throw knickers and money on stage when T-Bone performed. After the shows, they would throw themselves in his general direction as well. Nothing much has changed in that respect.

Here he is with Don't Leave Me Baby.

Richard Thompson started out in the group Fairport Convention in the Sixties. In a band that also included the late, lamented Sandy Denny they were always worth a listen (even when they sang Bob Dylan’s songs in French). 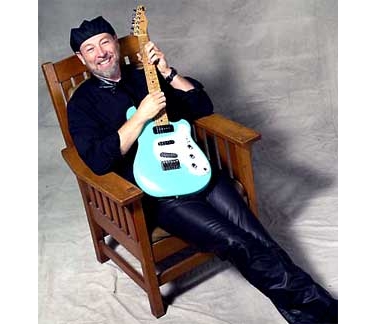 After leaving Fairport he had a brief solo career before teaming up with Linda Peters who eventually became his wife. They recorded a number of fine albums but in the way of these things, they split. Richard was once again a solo performer.

There are few who can match him on either acoustic guitar or electric. He tours with either just a bass player backing him or a full-on band.

Here’s an extended workout of one of his songs, Tear Stained Letter.

...I’ve ever run into who doesn’t offend my intestinal nervousness

IOW, Bob meant he didn't get his guts in an uproar, I believe. And you don't wanna EVER get your guts in a uproar. It's turrible. I can vouch. (Navajo tacos more the nasty instigator instead of talented guitar riffs personally speakin')

Peter, this morning's music treat was perfect with my wake up cup of pecan-flavored coffee.

I listened and listened again this morning. Yes, it was a treat.

Is there a such thing as too much Michael Bloomfield? Al Kooper hoped to play guitar at the Highway 61 sessions, ridding himself of that illusion when he heard Bloomfield's first chord. Al sat behind the keyboard instead and played something that Dylan liked the sound of, which became the famed organ part in "Like A Rolling Stone."

Just a week ago I attended a concert by American blues guitarist Hubert Sumlin.

He is now 78-years-old and has played with such legends as Muddy Waters, Howlin' Wolf, Muddy Waters and modern musicians Keith Richards and Eric Clapton.

Pictures from the local concert:
http://www.mycentraljersey.com/apps/pbcs.dll/gallery?Avis=CN&Dato=20100811&Kategori=NEWS0201&Lopenr=8110802&Ref=PH

So many guitarists; so little time....

Thanks once again for adding to my education with all this great information about favorite artists.

Excellent article filled with rich information and great music. I forwarded it to my Brother Rock who recently returned from Afgahnistan where he toiled for almost three years working for the US Army Core Of Engineers. (Nation Building: s
Something we are not supposed to believe in but for some reason we continue to waste borrowed Chinese Dollars doing it.) While there, Rock hosted a Blues program on The Armed Forces Radio Network, playing some of the best Blues heard anywhere. I'm always amazed how overseas Americans find ways to bring the Homeland a little closer. Rock is Secretary, or some such thing, of the Seattle Blues Society and recently while home on R & R toured the Mississippi Delta interviewing BB King
and others, gathering material for an article in the Seattle Blues Society Magazine. The rest of this Country owes
a great deal to those few Civilian and Military Folks who put their lives on the line everyday to try to make this Nation safer. If you really want to know how futile our task is there, talk to someone who has actually risked his life there. Why our leaders think we can change a tribal society where war is and has been a way of life from Genghis Khann on is beyond belief. Study history a wise man once said or your bound to repeat it. Yes I know, I can hear some of you people say what does this have to do with a column about blues music? If this Country doesn't stop wasting treasure and lives on futile wars, we will cease to exist to enjoy Blues music. Just because we are old and near death (relatively) doesn't mean we have to be silent on national suicide.