Then I thought, that’s too easy, there are so many of them. Okay, siblings then. To make it more difficult, sibling duos. That means there are no Andrew Sisters, Mills Brothers, Neville Brothers and the like.

As I have already mentioned them, the obvious place to start is with the Everly Brothers. 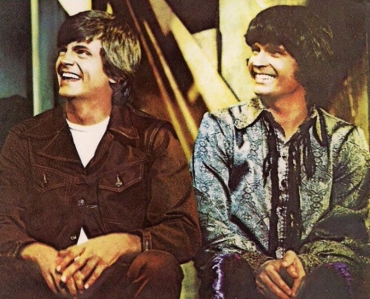 Trying to pick a single track of theirs to play is difficult. Very difficult indeed. However, I’ll need something, so of the 30 or 40 I could have chosen I’ve settled for one that’s not obvious. Not one of their huge hits, That’s Old Fashioned.

A duo who may have been a template for the Everlys is the Louvin Brothers. 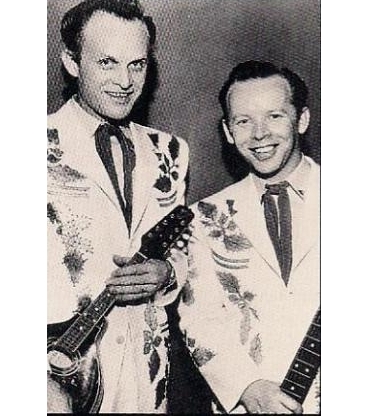 They were certainly a major influence on Gram Parsons who covered several of their songs. I could be really cynical and go for the yuck factor and play such songs as Satan Is Real or The Great Atomic Power, but these folks did some good stuff so I’m going for one of those.

Ira and Charlie Louvin were born with the surname Loudermilk and that brings to my mind the fine songwriter and singer, John D. Loudermilk, who was their cousin.

Ira was the more interesting brother. He liked the ladies, had several marriages and his third wife shot him fives time on one occasion. He survived. He liked a drink or two, to put it mildly. Also, he threw tantrums on stage that eventually led to their splitting and going solo.

Ira didn’t last long; he was killed in a car crash in 1965 with yet another wife. Charlie is a devoted family man and still performs to this day well into his eighties.

The Louvin Brothers with Hoping That You’re Hoping.

The McGarrigle Sisters, Kate and Annie, were born in Montreal, but lived their childhood in Saint-Sauveur-des-Monts, to the northwest of that city. 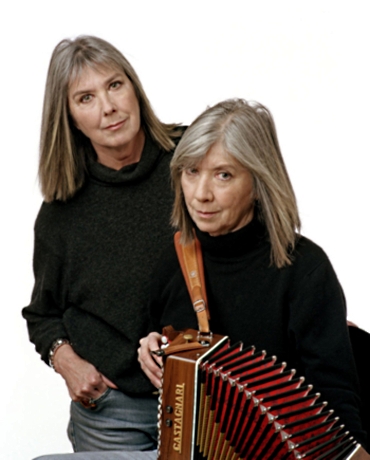 The nuns at their school taught them piano and they picked up various other instruments around the house. Their father, Frank, taught them many traditional songs and these held them in good stead for their own songwriting.

Kate especially wrote terrific songs: The Work Song done so wonderfully by Maria Muldaur on her first album, “Talk to Me of Mendocino” covered really well by Linda Ronstadt, Go Leave and I Eat Dinner.

Here they are performing one of their versions of Talk to Me of Mendocino.

♫ The McGarrigle Sisters - Talk to Me of Mendocino

Back in the Fifties, the Kalin Twins hit it big. They were going to be the next big thing but after their hit they disappeared without a trace. At least, there was no trace of them around where I was at the time, a small town in western Victoria, at what the northern-hemispherists (to coin a word) among us would call the bottom of the world. Actually, they usually say “down under” but I tend to blip out that phrase whenever I hear it (except for the Men At Work song).

So, the Kalin Twins. 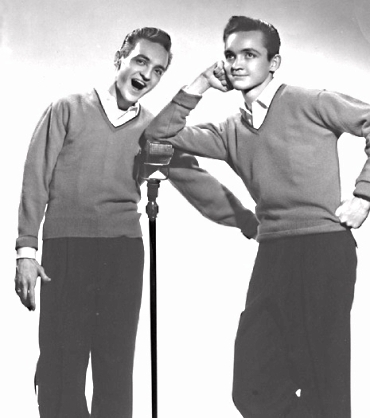 The Kalin Twins were Hal and Herbie Kalin from New York. They had a few recording flops until their manager came across the song, When. They recorded that song and it was a huge hit.

The Twins were actually one-and-a-half hit wonders as I recall the song Forget Me Not. However, that song wasn’t as big as When. After no more songs that troubled the scorer, they returned to their day jobs.

They occasionally reformed for the oldies’ circuit sometimes with their brother Jack. Hal died in 2005, Herb in 2006. This is When.

♫ The Kalin Twins - When

Unlike others who play this style of music, The Stanley Brothers were from Appalachia. Carter and Ralph Stanley were born in the hills in south-west Virginia. 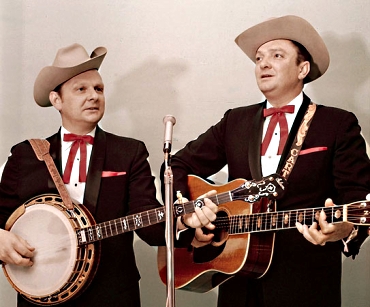 They started playing music together in 1946, in the style of Bill Monroe, in a band called the Clinch Mountain Boys. Later they went out on their own and recorded for a local record company. An A&R man for Columbia records discovered them and signed them up so they started playing a lot further afield, including stints with Monroe.

The Stanleys wrote most of their own songs and Carter had a knack for traditional-sounding songs. Carter died in 1966 but Ralph continues performing to this day.

This is It’s Never Too Late To Start Over.

♫ The Stanley Brothers - It’s Never Too Late To Start Over

We come to our first brother/sister act, Nino Tempo and April Stevens, or Antonino and Carol LoTempio to their mum and dad. I could have included the Carpenters, but only one of them actually sang and I’m going for duet singing. Well, mostly duet singing. 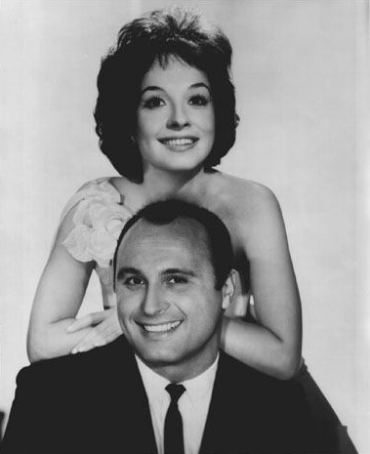 April started as a solo act and had some hits at both ends of the Fifties. She joined her brother as a duo in 1963 and they have recorded together since. They had a few hits in the early Sixties but there’s one that stands out. Okay, it stands out in my memory and that’s what counts in this column. That song is Deep Purple.

Vika and Linda Bull are Australia’s foremost gospel/rock/folk duo. Whenever anyone need some female backing vocal they’re first to get a call.

They started their public singing career as part of The Black Sorrows, one of Joe Camilleri’s many bands. They went solo after six years with the Sorrows. Some months after gigging around town (and the rest of the country) they released their first album. This went platinum.

They have recorded several successful albums since and these days they record and promote themselves, as their record company is more interested in promoting young folks' music.

And just because I can, I’m going to include another Everly Brothers track. Here they perform a Mark Knopfler song. Mark started with his brother in Dire Straits, which is appropriate for this column. The song is Why Worry, and has the great Albert Lee on lead guitar. 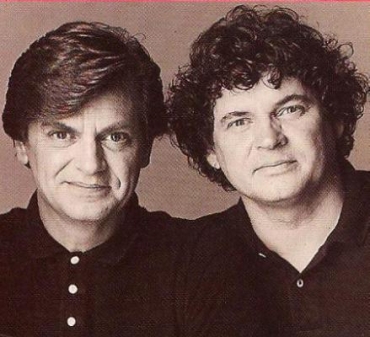 How about the Wilburn Brothers, Teddy and Doyle?

Hey, how about them Smothers Brothers?

Did I mention I adore HEART?

Pattie beat me to it, being a Seattle girl, Heart popped into mind. The first 45 I ever bought was the Everly Brothers, still lov'em. And thanks so much for introducing me to Vika and Linda Bull.

Again, one of the pleasures of Sunday morning. Thank you, especially for the last piece by the Everly Brothers.

The only piece I was familiar with was Deep Purple. I have to admit that I didn't like the jazzy tempo of an old ballad.

Of course, The Everly brothers are familiar to everyone; even me. ;-) I do enjoy their music.

It was thrill to hear 'Deep Purple' this morning. Talk about being transported back in time! It was a very pleasant trip. All the songs were lovely this morning. Thanks again, Peter!

So, does that mean that Kate McGarrigle was with Louden WainwrightIII? Because he is the dad of Rufus, right? I loved Louden in college. But it sounds as though Rufus is more similar to mom in his music perhaps.

Oh my gosh - I'd completely forgotten about 'Deep Purple' - thank you so much! Songs are like scents - they bring back cherished memories.

Yes, chlost, Kate was married to Louden III for a time.

Oh, Peter, that last song by the Everly Brothers really touched my heart! I thought I knew all their songs...
Thank you so much for your column, I forward it to my guitar-playing, singing little brother every week!

I forgot how good the Everly Brothers are. Thanks for reminding me.

Dude: You metntioned "That's Old Fashioned" was not a huge hit for the Everlys? It was a Top-10 single in 1962 on Billboard's Hot-100! In fact it was their last Top-10 single. The "Impression" that it was not a big hit by today's standards is because Corporate America, who owns all the radio stations, doesn't play it on the oldies channels. Good article though