I’ll start today with Giuliani. No, not that Giuliani, Mauro Giuliani who was an Italian guitarist and composer, and is considered by many to be one of the leading guitar virtuosi of the early 19th century. 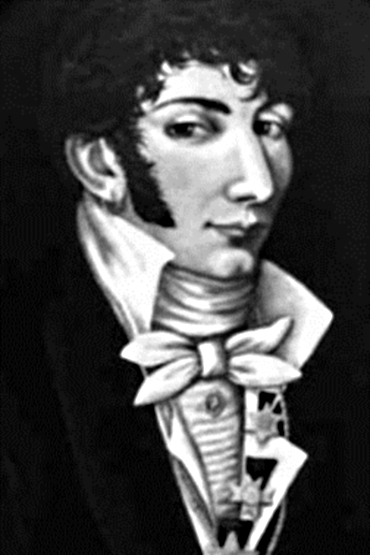 He started out on the cello and he kept playing this even after he switched to guitar. After marrying and having a child, he left Italy for Vienna (without his family) where there was a bit of hanky-panky on his part and, woops, some more kids.

He liked it there and hung out with Beethoven, Hummel and Rossini. It was there that he published the large part of his works for guitar. Alas, he ran up considerable debt and eventually returned to Italy. His daughter Emilia had become an accomplished guitarist and they often performed together until the end of his life.

This is the first movement of one of his Sonatas for Violin and Guitar played by Itzhak Perlman and John Williams.

♫ Giuliani - Sonata for Violin and Guitar

There are a few Stamitzes (Stamices?). I’ll deal with two of them. First, the father, Johann Stamitz or, as he was originally named, Jan Václav Antonín Stamic. 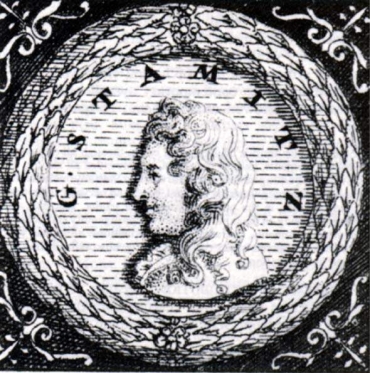 Jo (or Jan) was a Czech composer and violinist born in 1717. He had a brother who was also a musician and another who was a painter. After studying violin at university, Jo was appointed to a post in Mannheim where he quickly became the gun violinist and eventually Concert Master.

He married there, had a couple of kids and was lured to Paris for a short time, but spent the rest of his life in Mannheim.

He wrote 58 symphonies, numerous orchestral trios and concertos for a whole bunch of instruments. He expanded the orchestral instrumentation, including the wind instruments regularly for the first time. He also developed the sonata form of music.

Here is the first movement of his Orchestral Trio in F Major, Op 1, No. 3.

Jo’s most famous son is Carl Stamitz (or Karel Stamic, but he preferred the Germanic form as that’s where he was born and bred). 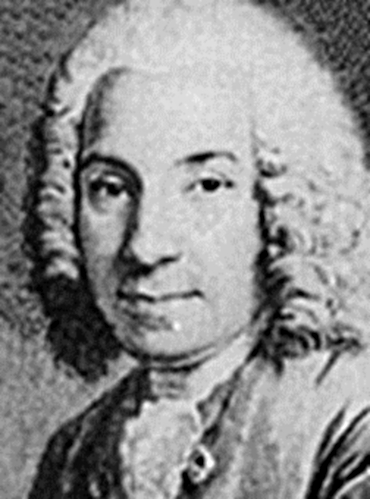 Carl’s dad gave him lessons in violin and composition. However, Jo died rather early and this task was taken up by others.

He was employed in the court orchestra as a violinist but this didn’t hold his interest for long. He resigned and became a bit of an itinerant and a vagrant for the rest of his life. He’d occasionally accept short term jobs playing the violin, cello or viola d'amore but he didn’t stay long.

He did spend a couple of years in Paris with his brother and this seems to be the most settled time of his life. Soon, he was off again – Frankfurt; London, where he hung out with Johann Christian Bach and old papa Haydn; The Hague; Amsterdam and so on.

He died in poverty, a small town music teacher who in his last years turned to alchemy in search of making gold. He didn’t succeed.

In spite of all this, Carl was a prolific and gifted composer writing symphonies, symphonies concertantes, concertos for various instruments. His clarinet and viola concertos are considered to be among the finest around.

The first movement of the Clarinet and Bassoon Concerto in B flat Major.

♫ Carl Stamitz - Clarinet and Bassoon Concerto in B flat Major (1)

I know nothing about Anton Stamitz, Carl’s brother. There were also other relatives who were musicians and composers. A mini-Bach family.

Michele Mascitti was born in southern Italy in 1664. 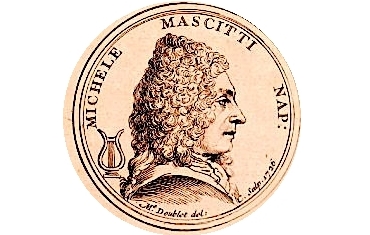 He was taught violin by his uncle and was employed in a local church. He traveled widely in Italy, especially to Rome where he hung out with Corelli. He then moved to Germany, later to Holland and finally to Paris, aged about 40. He became a French citizen and lived there for the next 57 years.

If nothing else, he was one of the longest-lived composers in history. The Duc d’Orléans was one of his patrons and so Mascitti managed to appear at court at Versailles quite a bit. During his lifetime he was considered the equal of Albinoni and Corelli.

These are the final two movements from his Sonata No 1 in D Major for Violin and Cello.

Mystery surrounds who Sainte-Colombe was, but the music is there so he must have been somebody.

The most likely candidate is a certain Jean de Sainte-Colombe who lived in what is now the Rue de Rivoli in Paris. I’ll give him the benefit of the doubt. He and his wife’s signatures appear on the marriage certificate of their daughter to the king’s maths teacher.

Sainte-Colombe held no official posts, so he must have been pretty well off, although he had a number of students to whom he taught to play the viol (however, he didn’t want them to be too good as he stopped teaching each of them at a certain point).

It seems that he may have fled France around 1685 - he was of the wrong religion it seems - and some of his works have been found in Edinburgh with the same handwriting as the marriage certificate. His only known works, of which there are quite a few, are for a couple of viols.

It’s thought that this is a picture of him. 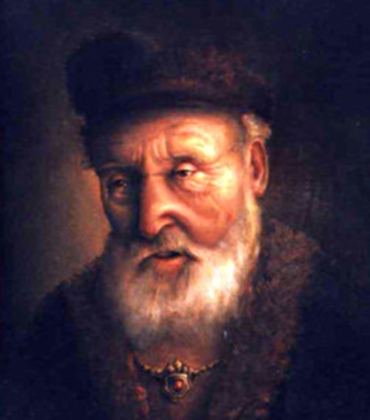 Poor old Albinoni. All you ever hear from him is his Adagio, and he didn’t even write that. Today I’m going to rectify that a bit. 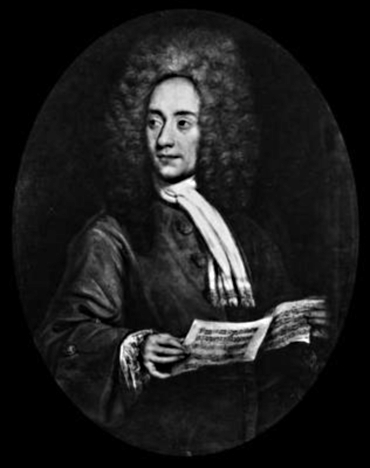 Tomaso Albinoni was born into a wealthy family in Venice in 1671. Considering his stature as a composer, not much is known of his life. He didn’t seek any musical posts, either ecclesiastical or secular. I guess he didn’t need to given his background.

His early output was in the opera field but these seem to have been largely forgotten as he’s mostly remembered for his instrumental work. J.S. Bach was taken by his music and he used some of his themes. Even the best aren’t above a bit of plagiarism.

Part of Albinoni's work was lost in World War II as it was stored in the Dresden State Library. I don’t know why it was there as it’s thought that he didn’t ever leave Venice. He died of diabetes in 1751.

This is the Concerto à Cinque Op 5 No 7 in D minor.

Reading this post made me realize for the first time how rarely websites mention classical music.

Thank you again for sharing your vast musical expertise! It is fun to imagine all these musicians in a casual scenario being somehow more human and accessible. I find the Mauro Giuliani guitar and violin especially sublime this morning. It made the sun come out...briefly!

I love Izhak Perlman and had the privledge of seeing him in the green room when he played with the Tucson Symphony many years ago. Fortunately that was before my hearing was gone and it was a great thrill to hear him in person.

Nice to have a classical Sunday. Thank you.

P.S. I just have to add my envy of someone who actually got to hear Perlman perform in the flesh! That sounds like the chance of a lifetime.

I am a lover of all kinds of music (rap is not music). I am especialy fond of the classics and opera. I have a quibble qih your selections: you seem to choose only the most obscure pieces, even by the most poular artists and composers. They are obscure because they deserve obscurity.

These pieces brightened my morning.