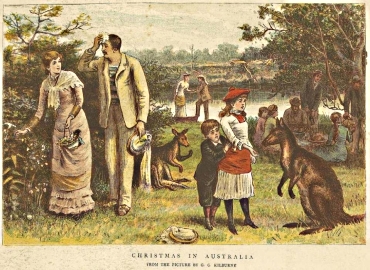 I used up all my good cynical Christmas songs last year not realising I'd need any again; however, I'll do my best. I might have to use real Christmas songs. Shock. Horror. However, I'm sure I can come up with something more interesting. 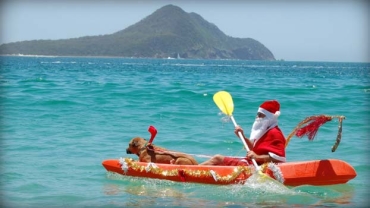 Carols by Candlelight has been a tradition here in Melbourne at Christmas Eve from the thirties. 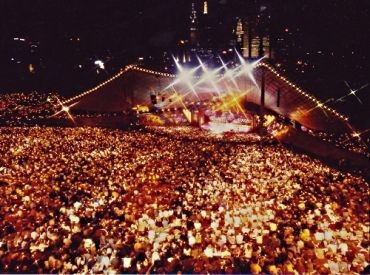 It was originally held in the Alexandra Gardens near the city and eventually moved to The Domain gardens when it outgrew the original. This place also has the advantage of the Sidney Myer Music Bowl, an outdoor amphitheatre used for many performances throughout the year.

Initially, the event was as described. However, in the way of these things, more often these days it has become a venue for the latest pop singers, or not so latest, to strut their stuff.

The idea originated in the 1800s when miners in South Australia gathered on Christmas Eve to sing carols with candles stuck in the brims of their hats.

Since the original in Melbourne, it has spread to all major cities (and a lot of minor ones and country towns). Even to this unbeliever and bah-humbug type, it's a really nice event (except for the pop singers).

Glenn Cardier, one of our best singer/songwriters who has featured occasionally in these columns, has written a song about this event called Carols by Candlelight. 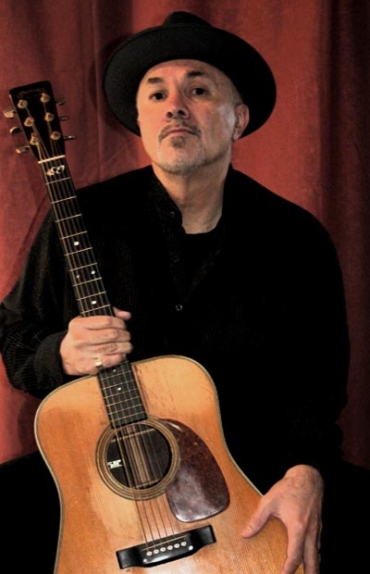 His references are to somewhere up in New South Wales where he lives. Not the original but in the spirit of the season, we'll forgive him that.

On Christmas Eve in 1974, Darwin was pretty much totally flattened when it was struck by Cyclone Tracy. This was not named for my ex-wife (she has an e in her name) but it produced some interesting headlines for me. Not the rest of the country though. 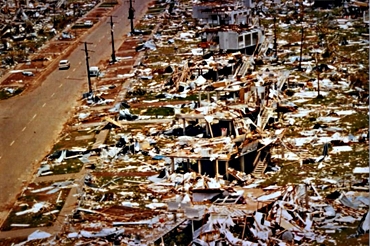 This event also gave rise to one of the most appalling pop songs ever and I'm going to inflict it upon you. The song is Santa Never Made It Into Darwin and the singers are Bill and Boyd – that's Bill Cate and Boyd Robertson who were originally from New Zealand. 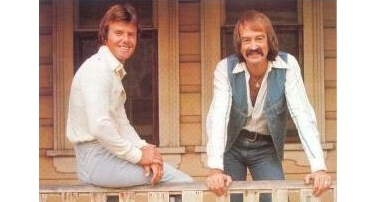 ♫ Bill and Boyd - Santa Never Made It Into Darwin

From the ridiculous to the sublime, we have the great Bessie Smith with At the Christmas Ball. 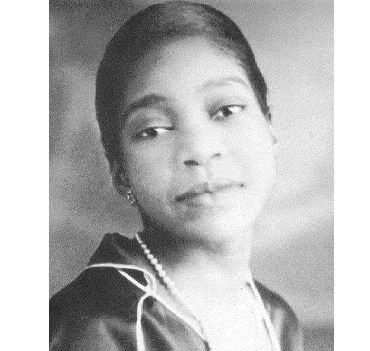 Bessie's recordings usually featured some of the best musicians of her day. This track features Fletcher Henderson on piano and Joe Smith on cornet – an alumnus of the Coleman Hawkins group - who became one of her favorite accompanists.

♫ Bessie Smith - At the Christmas Ball

Elvis has given us any number of Christmas songs, albums full of them. 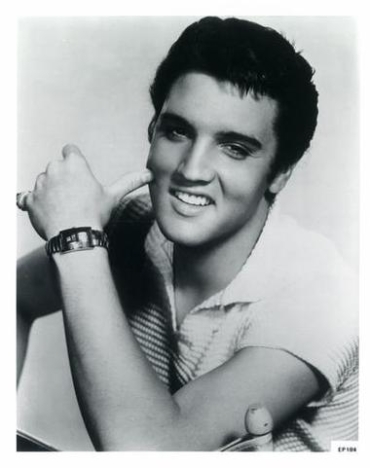 I try to avoid listening to Christmas songs; preparing for this column is usually about all I can take. However, it's often unavoidable and I'll say that this is easily the best Christmas song Elvis ever did. I wish he'd done more in this vein.

It's Merry Christmas Baby, a song many people have recorded over the years, most notably Charles Brown and Chuck Berry.

That brings us to Butterbeans and Susie. 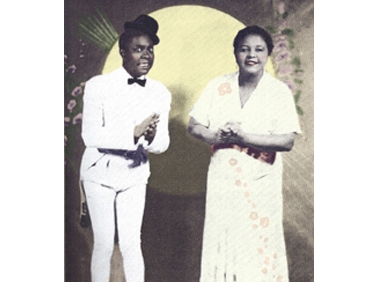 Butterbeans and Susie were a comedy duo who often sang straight blues. They were Jodie Edwards and Susie Hawthorne who became Susie Edwards when she married Jodie.

They met in 1916 but didn't become a performing duo until the mid 1920s. They were thrown on stage when another husband and wife comedy duo couldn't make it one day. Their act was frowned on by the moralists of their day, so that's a good enough reason for including them.

They used their fame and influence to help younger black comedians and after they retired, they often put up indigent performers in their home. Here they are with Papa Ain't No Santa Claus.

Any Christmas column worth its weight in snowflakes has to include something from Phil Spector's "A Christmas Gift For You" and I'm going to do just that in spite of the dearth of snowflakes around here at this time of the year (or any time). It's the middle of summer, after all. 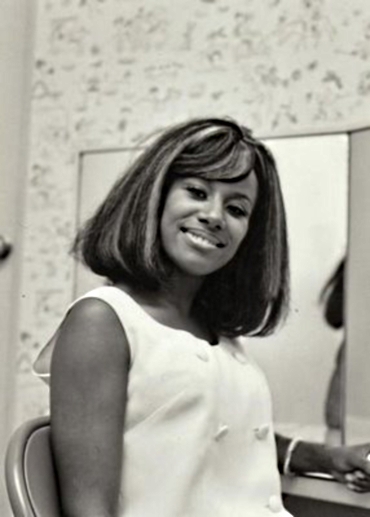 As usual, Spector has gone for his typical wall of sound production with this song, but that's what we expect from him.

I originally had three Christmas-in-prison songs, but only one of them made the final cut. I used one last year (with a different version from the one I was contemplating this time); the other maybe next year. The one that survived is Tom Waits with Christmas Card from a Hooker in Minneapolis. 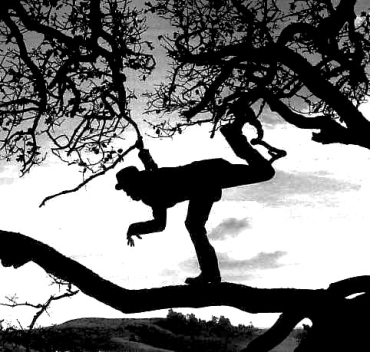 ♫ Tom Waits - Christmas Card from a Hooker in Minneapolis

Someone you probably weren't expecting on a Christmas column is Miles Davis. 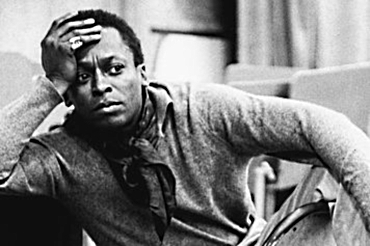 However, he did record at least one Christmas song called Blue Xmas. Something else that's unusual for Miles is that there's a vocalist on the track. I know of only one or two other tunes where he has employed a singer.

This one is Bob Dorough, a singer, a cool jazz pianist and composer. In the early sixties he was playing the clubs in Greenwich Village and became friends with some aspiring singers – Van Ronk, Garfunkel, Simon, Sky, Dylan, Ochs and others. Some of these did okay for themselves.

He has had a successful career creating educational songs for kids on maths, history and so on. He's 87 years old and still singing and playing. 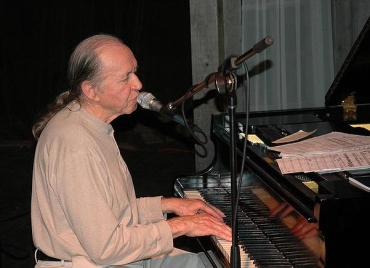 I will end with a touch of couth. I did that last year and it seemed to go over well, so I might make this a tradition.

This is the first movement of the Gregorian Chant Tempus Passionis. It's called Christus factus est and is sung by the women's choir In Dulci Jubilo from Cremona. 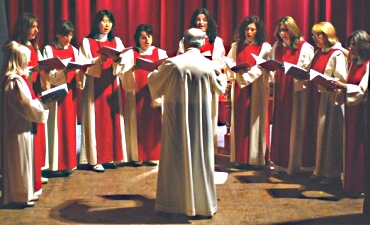 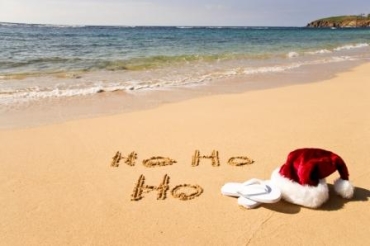 Peter, I think it must take a bah-humbug type to come up with Christmas songs that I had never heard of. ;-)

I loved the Georgian Chant, but you can keep the others.

Funny story about 'Bah Humbug'. Many years ago a Tucson developer built wonderful brick houses that everybody loved. The only problem was his love of Christmas and he required all homeowners in the sub-division to decorate their yards for Christmas. It is in the deed restrictions and the owner must do so. The owners have gone all out and for years the number of people driving up and down the streets had slowed traffic to a snail's pace.

A Jew wanted one of these lovely homes, but didn't want to decorate his yard. To fulfill his obligation he put up a lighted sign that said in big bold letters, BAH HUMBUG.

I liked this little musical trip. Christmas is many things to many people, great joy to great pain. Glenn Cardier has a great style reminds me of Irish/Scot folk music in the Appalachia here in the USA.

What an eclectic assortment of music! Thanks. But I did a double take when I saw the Tom Waits cover. Here's a photo of a fisherman that was National Geographic's "Photo of the Day" recently on their website: http://on.natgeo.com/eCHHwr

Peter I'm late to the concert for a variety of reasons and yet don't have time to listen but the descriptions and comments are wonderful and can't wait to come back later and listen to the whole program. Love Tom waits, didn't know he did a Christmas song...I have others in my collection of dirty blues that I wonder if you'd heard of. I'll have to email you some of them--double entendre titles. Btw, I see it did snow somewhere in Australia this summer, just not where you are.

Yep, there has been snow up in the mountains. None around where I live though where it's still (early) summer.

I think Miles Davis played on a Christmas-themed tune by John Lee Hooker.

Mention of Leon Redbone reminds me of a concert Peter and I went to in Albuquerque pre-Christmas some years ago. Bitterly cold outside, so Leon played his first song wearing gloves! Then Tom Waits came on - as non-New Mexicans, P & I were the only ones who cheered his comments about the cold.

Oh, ho ho....we liked your choices. Hope you all had a good holiday.