Besides being a fine singer and terrific songwriter, Tom Russell writes a wonderful blog. He wrote a piece called Lightfoot's Guitar and I can’t improve on his words so I hope he won’t mind if I steal some of them for you.

”There's a book by David Gahr. Out of print. Inside is a photo of Gordon Lightfoot's song list, taped to the top of his Gibson 12 string guitar at Newport in 1965. The songs are written in ink, smeared from sweat or rain; or maybe they're late-night motel bourbon stains.

“This was back when people sang and swapped songs in rooms full of cigarette smoke; dawn light seeping through the yellow window shades. There's almost 80 songs listed on this paper scrap, scotch-taped to the antique guitar wood: his own classics: Early Morning Rain, The Way I Feel, Ribbon of Darkness, and For Lovin' Me.

“Country-western gems: El Paso, The Auctioneer and Six Days on the Road.

“That mix! Folk, Blues, Country, Gospel, Rockabilly and Rock and Roll. If there is any mystery where great songwriters come from, this tear-stained list is a black and white document of the homework. Lightfoot sang and wrote from a deeply rooted knowledge of roots music. Then he rolled and wrote his own songs. Still does.” 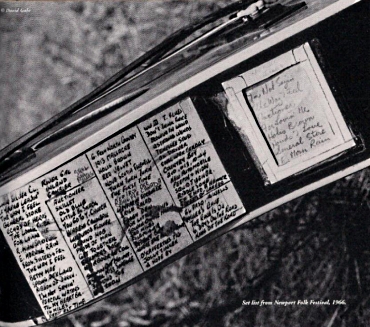 There’s no better way than that to introduce one Gordie’s early songs, one mentioned above, Early Morning Rain. 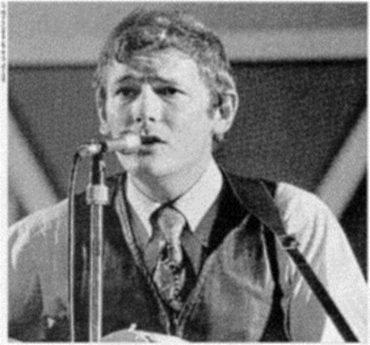 I first encountered Gordon Lightfoot’s songs through the versions by Peter, Paul and Mary, particularly the previous song and For Loving Me. I imagine that most readers who know Gordie discovered him the same way.

Okay, I can hear the Canadians going, "I saw him in a coffee shop down on Yonge Street back in ‘65," or some such, and that’s okay too.

A song that wasn't covered by anyone at the time is Did She Mention My Name?

♫ Gordon Lightfoot - Did She Mention My Name 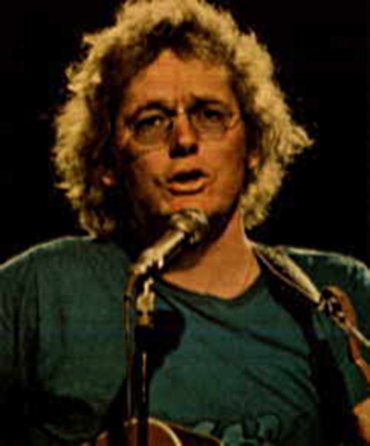 His big breakthrough came with the album "Sit Down Young Stranger" that included the hit, If You Could Read My Mind. Later editions of this album had its name changed to the latter song.

I'm not going to include anything from that and I'm skipping over a couple to get to the song, ’m Not Supposed to Care from "Summertime Dream.”

What a terrific song this is.

Back to Tom Russell:

”But let's move forward 35 years to a folk festival in Ontario, where they're in the midst of a Gordon Lightfoot tribute. Lightfoot had been in hospital for two months recovering from an aneurism. The prognosis ain't good.

“Suddenly the crowd parts, like the Red Sea, and people are shrieking and applauding, and here's Lightfoot himself, walking through the crowd with a guitar case. Damn, it's Jesus coming to town on a mule, armed with an antique wooden machine gun.

“Then he's on stage, singing an old song. People are weeping. Quite a moment. I had the chills.” 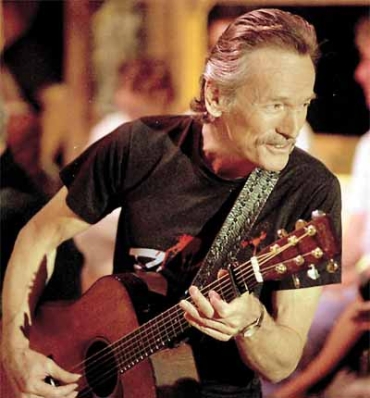 This is an appropriate song for an Elders' website but that's not the reason I'm including it. Like all the rest, it's a fine song and that's reason enough. This is Old Dan’s Records. 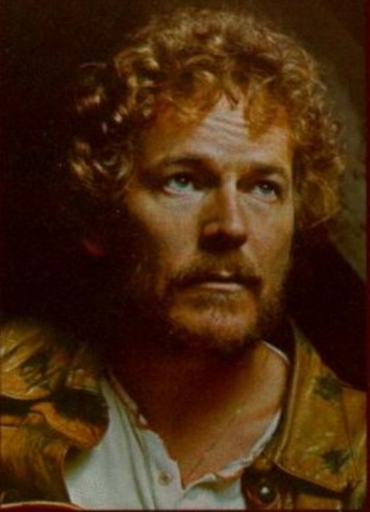 The next track may resonate with some readers. Personally, I couldn't possibly comment. The song is Talking in Your Sleep.

”I thought back to that old stained set list on his 12 string at Newport in 65. And all the motel rooms and miles and the dignity of the man. A songwriter. It was like running into Homer, and he hands you his lute.

A few troubadors still walk among us, with stained set lists taped to the top of their road battered axes. Old guitars soak up every room and song and situation they've been involved with…and oh, the stories they can tell.” 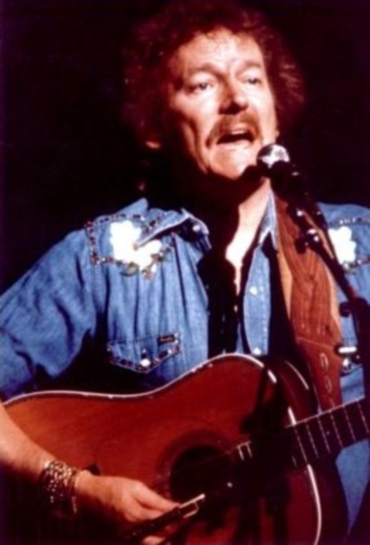 Many songwriters have written about a musician's life on the road but few have done it better than Gordie with the song 10 Degrees and Getting Colder. This one is not autobiographical as it describes someone whose success, if you can call it that, is marginal at best. 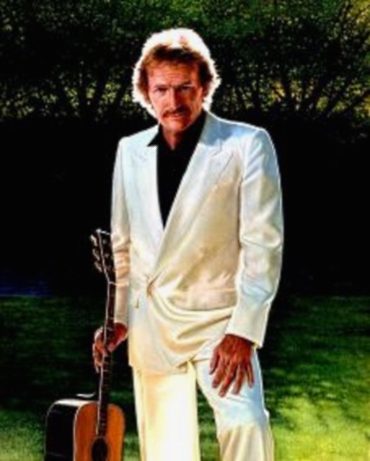 I had originally three times the number of songs selected as are included today. It was almost like trying to select among your kiddies and throwing out the others. Okay, probably not, but I don't have any kids and I haven't had to throw any away, so I wouldn't know.

It was a tossup between this song and Never Too Close for the final berth. That Same Old Obsession won the toss. 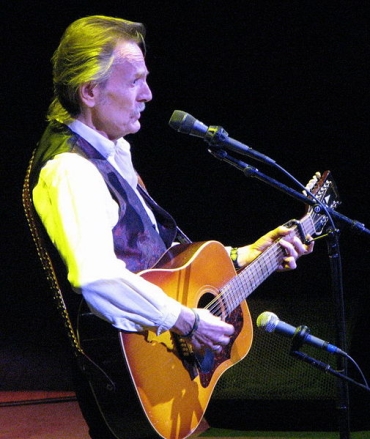 I'll finish with a song a little out of character as it almost seems to be a Lennon/McCartney song - one of those that they wrote separately and put together into a single whole. A bit like A Day in the Life.

This is Gordie's Day in the Life without that contrived ending, Cabaret.

And as Tom ended his column:

”For a moment, in Lightfoot’s dressing room, I knew I was at the center of my universe. I knew why I was a songwriter. 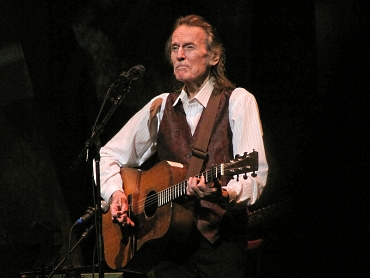 Your column has become a Sunday-morning habit, something I look forward to in the same way others anticipate their first cup of steaming hot coffee. It's such a pleasure to begin my day by listening to and learning about your music selections. Gordon Lightfoot is a favorite, so thanks for setting the tone for what I expect to be a lovely day.

Oh I love this man, I've been to, oh, maybe 20 of his concerts over the years, that last one about 4 years ago at Massey Hall Toronto where he always plays, and he brought down the house, a lot of us elders towing grandkids
"You have to hear him, you will remember this forever!"
Love you Gordie, rock on.
XO
WWW

I'm absolutely glued to every word and every note. Thanks.

Lemme send you a "thank you" from a clueless American. All I knew of Gordon Lightfoot was "If You Could Read My Mind" -- a song I hate, largely b/c it got way too much air time when I was a kid. But, yeah, I vaguely remember "Sundown" which is a good song and "The Wreck of the EF" which I like. And I didn't even realize he wrote "Early Morning Rain," a great classic. So, again, many thanks for the tip -- and I will definitely appreciate Gordon Lightfoot a lot more from now on.

I've always loved his music--always will!

Once again, a terrific selection. Thank you!

For a transplanted Canadian(moi) this wonderful music brought back memories and JOY.
Thank You

Arrived at this site via corfid, a Gordon Lightfoot fans website, am a long time fan of GL and Tom Russell. It has been very nice reading these comments and listening to this great selection of Lightfoot songs.

I hate to be one of the Americans who takes pride in seeing him play for the first time at the Emory U Field House (a basket ball court) in Atlanta, GA, in 1972. I had no idea that he was already a star in Canada; I only know that he mesmerized me. It was so long ago, but I remember every note like it was yesterday. Thanks for the blog!

Enjoyed this and your Sunday music selections.