Delbert McClinton is one of the two finest white male soul singers ever. The other is the tragic Eddie Hinton. I must do a column on him one day.

Delbert is not only a great soul singer, he's one of the best country and rock & roll artists as well. He can also belt out a blues number with the best of them. 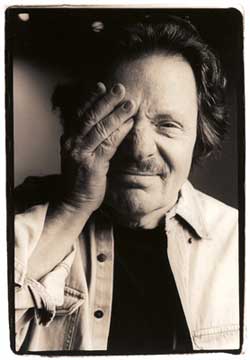 Delbert was born in Lubbock, Texas, a town that's given the world some quality musicians. His family moved to Fort Worth when he was 11. It was in the clubs around that city that he mastered the art of keeping the hard-drinking rednecks, cowpokes and roustabouts entertained all night long.

He and his band also supplied backing for musical legends such as Howlin' Wolf, Sonny Boy Williamson and Jimmy Reed. 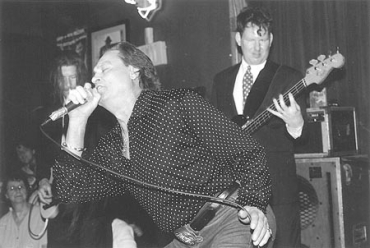 Early in his career he toured England, opening for Roy Orbison and accompanying Bruce Channel. Last on the bill was a little known English group called The Beatles.

Delbert has made maybe the coolest comment in all of rock & roll. It went something along the lines of: "I taught one of the Beatles to play the harmonica. I've forgotten which one."

It's a good story but not true. Well, not quite. John was the Beatle, of course, and he already knew how to play harmonica (not very well, it seems). Delbert did show John how to play better. Incidentally, it was Delbert playing on Bruce Channel's Hey Baby, which is why they were touring together.

Here are John, Delbert and Bruce. 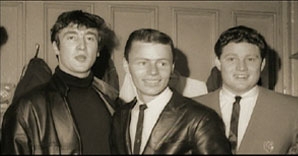 Delbert's first albums were with Glen Clark as Delbert and Glen, a mix of country and soul. These are interesting precursors to his later solo efforts, however, because of the quality of what followed. I'll just skip over these – although they're not too bad – as I've already selected my quota of songs.

Some earlier recordings have surfaced recently as “The Crazy Cajun Recordings” including such songs as These Boots Are Made for Walkin', for heaven's sake. We'll just ignore these. 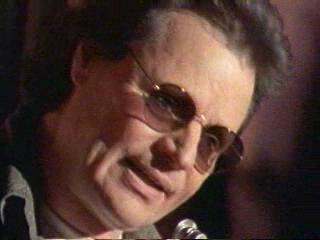 The first album of his I bought was "Genuine Cowhide," generally considered his finest. That may be so but several from the last ten years or so would give it a run for its money.

Cowhide was a covers album of early New Orleans rock and R&B songs, something he does really well. I asked the Assistant Musicologist which track we should play as this is her favorite album of Delbert's and she suggested Lipstick, Powder and Paint. And so it shall be. 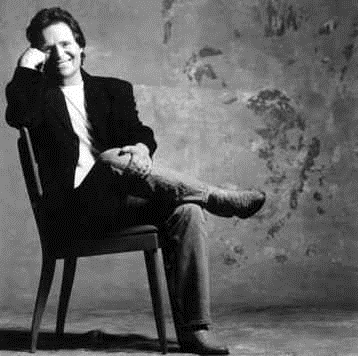 Another fine early album, indeed it was his first solo album, was "Victim of Life's Circumstances". There's now a "twofer" CD with this and Cowhide on it, you'd rarely find better value than that.

On this one was the song, Two More Bottles of Wine, covered so well by Emmylou Harris and others. However, I'll go with the title track, Victim of Life's Circumstances.

Delbert had a bit of bad luck in his record companies. The first went bust after those first couple of albums in 1977. The second went into bankruptcy after he recorded a couple more albums in 1979. His next record company was dropped by its distributor in 1981 and another one crashed just after an album of his was released.

He stopped recording for seven years after that and just toured. Currently, things seem to be going okay. Let's hope so. 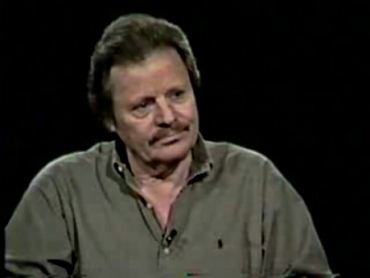 With the next track, Delbert goes beyond soul, beyond country into something else entirely and creates a masterpiece. This is one of his finest recordings. Even among his great body of work, he has recorded only one other comparable track and you'll find that one down at the end. This one is You Were Never Mine. 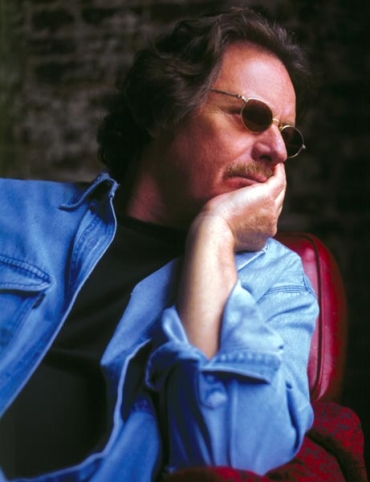 ♫ Delbert McClinton - You Were Never Mine

Here we are in country mode, almost Marty Robbins territory. El Paso is mentioned and the guitar playing does remind one a little of Grady Martin. The version on his live album even has Mexican trumpets, but we're going with the studio track. This is When Rita Leaves. 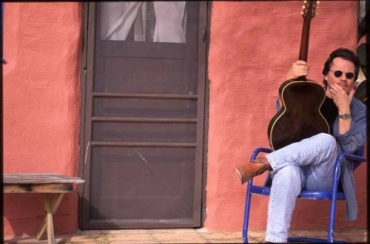 Roy Buchanan was one of the great, underrated guitarists of our time. 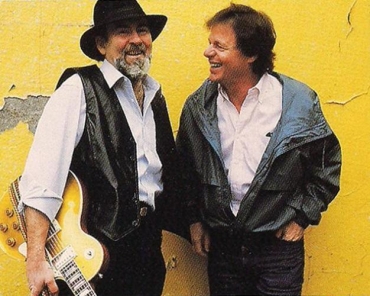 He was once offered the spot of lead guitarist for the Rolling Stones. He refused. Perhaps he should have taken the offer, he might be alive today. (I added that bit as a touch of irony.)

Roy recorded an album called "Dancing on the Edge" back in 1986. He asked Delbert to sing on three of the tracks. This is one of them, a song that's been recorded by many people, but there is no better version than this one. This is The Chokin' Kind. 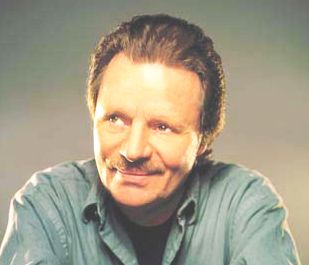 Besides the categories mentioned above, Delbert could make a rather decent jazz singer as well; you only have to listen to this track. It's not jazz but it's pretty close. It would only need a slight tweak and it'd be there.

♫ Delbert McClinton - Just You and Me

The A.M. and I disagree over which are Delbert's best songs. She goes for the up-tempo ones and I prefer the slower ones. This isn't restricted to Delbert, it's pretty much across the board. Of course, that doesn't mean I dislike the rockers. Au contraire.

This one will set your toes a-tapping, it's called Sun Medley, although it could also have been called Elvis Medley. The songs are Mystery Train, My Baby Left Me and That's Alright Mama. For those who are interested, the guitarist is Danny Gatton.

[THIS FILE HAS BEEN REMOVED AT THE REQUEST OF THE COPYRIGHT HOLDER.]

Delbert is a champion of lost love, love gone wrong, someone stole my baby, my baby left me songs. You know the ones, staples of country music. I've already featured some of these but I really like them (I don't know what that says about me). Here's another, Kiss Her Once For Me.

♫ Delbert McClinton - Kiss Her Once For Me

The other really great song he recorded was written by John Hiatt. This one has been covered by many people, most notably Joe Cocker, Jo-El Sonnier and John himself (if one can cover one's own song). All of them are terrific interpretations.

I have a friend who is a big fan of Hiatt's and I played Delbert's version for him and he shook his head and said that it was better than John's. I, naturally, agree with him. It is Have a Little Faith in Me.

♫ Delbert McClinton - Have a Little Faith in Me 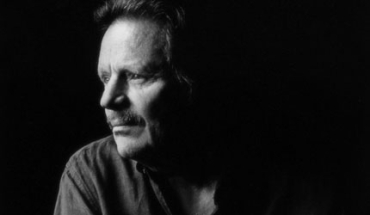 I adore Delbert. Thanks so much.

The music world would be a cold sad dull one-dimensional place without talent from Texas.

Delbert is a prime example. And I am in Camp Pierre - I prefer his soulful slower songs to the rockabilly one.

His voice was meant for tunes like your last offering.

Well I will say one thing for certain, as you correctly noted with regard to “Sun Medley”, anyone not afflicted with uncontrollable toe-tapping needs to apply for disability as soon as possible with their federal government. Mr. Gatton certainly did honor to Scotty Moore and there were a few Les Paul licks floating around in there also. Great rendition of some long time favorites by both Delbert and Danny! Thanks for sharing.

Willy is a Delbert fan. Willy was born near his home town. Willy likes others from there like buddy holly, mac davis and others.

Pattie, who would dare accuse you of bias towards Texians?

I've been a Delbert fan since I discovered him in the late 70s with Shot from the Saddle. One of the best concerts I've ever been to was Delbert McClinton with Little Feat. And I agree; his version of "Have a Little Faith" is better than John Hiatt's (and I'm a huge John Hiatt fan too!). Some of my favorites are "Cease and Desist" and "Never Been Rocked Enough", and a great version of "Too Much Stuff" with John Prine and Lyle Lovett.

Thanks once again for the music and the history lesson. I had to laugh out loud when I saw the sixth picture you posted above of McClinton. I had just that exact look on my face this morning when I looked in the mirror. Needless to say this Sunday morning offering on Monday was a sweet and much needed inspiration. Thanks.