ELDER MUSIC: Roots of the Stones 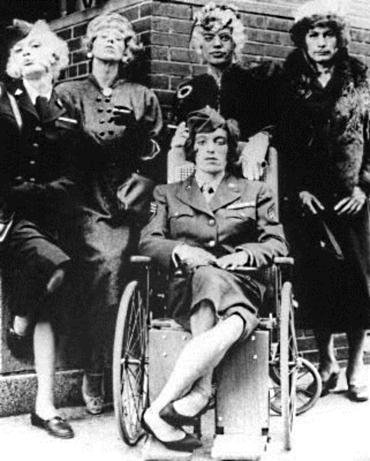 The Jagger/Richards combination has given us some classic songs, however, early in their career, they were essentially a covers band. I'm going to play some of those songs as performed by the original artists.

The Stones always had good taste in the music they covered, and there's no better way to start than with Buddy Holly. 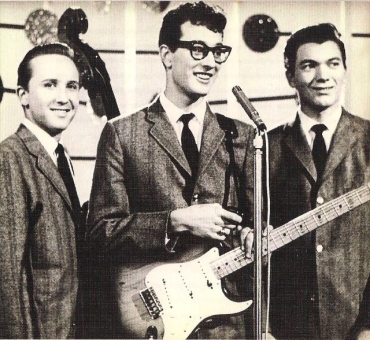 Buddy was certainly the most influential of the early rockers. He and the Crickets were a self-contained unit who wrote their own songs. Well, Buddy wrote most of them in spite of the almost arbitrary way credits were assigned by their manager, Norman Petty.

They played their own instruments, made their own recordings at their own pace without a record company breathing down their necks. They set an example that The Beatles and many other were to follow in the next decade.

Buddy pinched the rhythm in this song from Bo Diddley. The Stones also pinched it and used it many of their songs. This is Not Fade Away.

♫ Buddy Holly - Not Fade Away

The Stones weren't the only ones to cover songs by Arthur Alexander. The Beatles did also, as did Elvis, The Hollies, Joe Tex, George Jones, Ry Cooder and Willie DeVille amongst others. That's certainly an interesting lot. 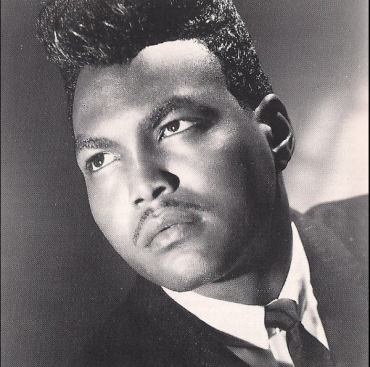 Arthur was born in Alabama, the son of a guitarist who played in various juke joints at weekends. Arthur joined a gospel group before he was even a teenager. Later, while working as a bellhop, he started writing songs with a fellow hop and gained the ear of future musicians Dan Penn, Spooner Oldham, Rick Hall and Billy Sherrill.

Later, Arthur and Rick built a recording studio at Muscle Shoals that's become one of the most fancied places to record for all manner of musicians. Arthur was the first musician to record there. That song was You Better Move On, which became a reasonable hit for him.

♫ Arthur Alexander - You Better Move On

When I played the tracks I had decided to use for Norma, the Assistant Musicologist, she asked, "Where's the Red Rooster?" Mental head slap.

I'd forgotten what is, probably, The Stones most famous cover song. So, another tune got the flick and Howlin' Wolf enters the list. 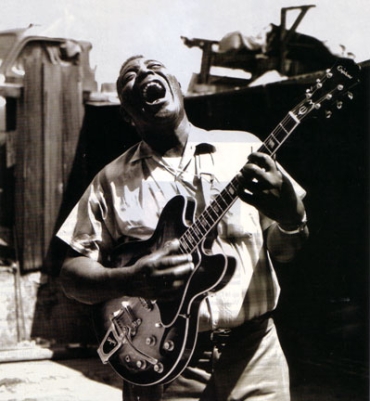 The Stones were once asked to appear on an episode of Shindig. They said they'd do it but only if Wolf was on as well. It's interesting seeing that footage again - Wolf, loud and uncompromising, singing some of the grittiest blues around surrounded by the terminally perky Shindig dancers and the Stones at his feet.

Fortunately, this is now available on DVD. I must save my pennies. This is Howlin' Wolf with The Red Rooster.

I like to think of the next song as being by Bobby Womack, however, that's not strictly true. More to the point, it's the Womack Brothers. At the time of recording this next song, though, they weren't called that either. They were known as The Valentinos. 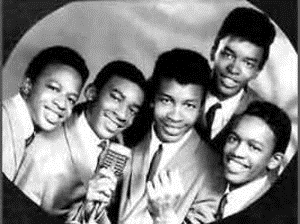 The Valentinos were Bobby, Friendly, Harry, Curtis and Cecil Womack. No sign of Sleepy or Doc. There were already groups called The Valentinos so they pretty soon reverted to the Womack Brothers.

While they were still The Valentinos, they were discovered by Sam Cooke while he was still a Soul Stirrer and he signed them to his record label. At the time, Curtis was the lead singer but Sam liked Bobby's style and under his tutelage he became the lead.

After Sam's death, the group was signed by Chess Records but they split up after a year or so. They all became soul singers to some degree, Bobby most successfully.

Here are The Valentinos with It's All Over Now.

♫ The Valentinos - It's All Over Now

Rufus Thomas has always seemed to be the happiest of rhythm & blues artists. He didn't really take his music too seriously. 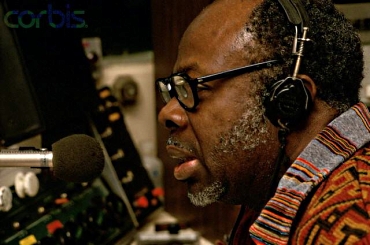 Rufus was born in Mississippi but the family moved to Memphis was he was two. He made his artistic debut playing a frog in a school play. During his childhood we would imitate many animals and also became a tap dancer.

Later, he worked at a textile plant but simultaneously he got a job as a DJ on a Memphis radio station. His radio gig lasted a long time and he was often billed "The Voice of Memphis" even after he made a bit of a career as a singer himself. Rufus is credited with discovering B.B. King at a talent show he ran.

He recorded initially for Sun Records, pre-Elvis, and later for Stax Records where most of his musical legacy was made. Rufus is the father of Carla Thomas and they made a number of records together.

This is Rufus with Walking the Dog.

Chuck Berry is the bedrock upon which rock & roll was built. 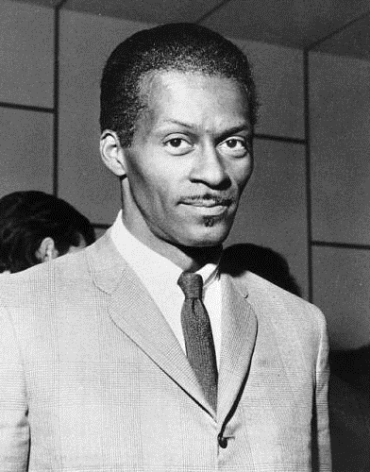 With his distinctive guitar style copied by every budding rocker along with his literate and occasionally sly lyrics, he set a standard everyone else aspired to reach.

He refined and developed the rhythm & blues he started playing, copping licks from T-Bone Walker along the way, and along with his pianist Johnnie Johnson, developed a new art-form.

Without Chuck there would have been no Stones, no Beatles, no Beach Boys. Maybe no Dylan and certainly no artists of lesser quality than those mentioned. This is Chuck with Carol.

In my opinion, Otis Redding was the greatest of the soul singers. I imagine I'm not alone with that opinion. 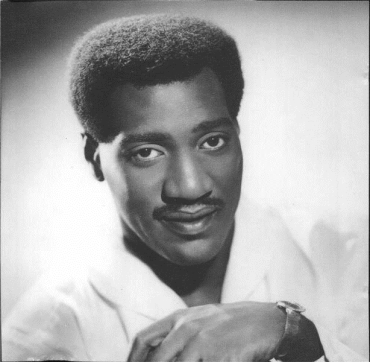 Otis's recording career began when he was at Stax records as Johnny Jenkins's chauffeur while Johnny was recording a new song. The recording session finished early and Otis asked if he could record a song he'd written.

Mick didn't do a bad job with Pain in My Heart but Otis, naturally, did it better. Here's his version.

♫ Otis Redding - Pain in My Heart

Don Covay, or Donald Randolph to his folks, was from South Carolina originally, however, the family moved to Washington D.C. while he was still a boy. 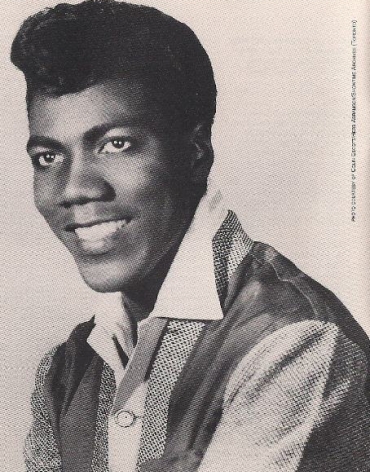 He and his siblings formed a gospel group but when Don was in high school, he switched to a doowop group. This evolved into a soul-flavored outfit.

Later, Don landed a job as chauffeur for Little Richard. He also opened Richard's show as a solo performer. Richard produced Don's first record and he was on his way.

He is a songwriter of some note, writing for such as Jerry Butler, Wilson Pickett, Gladys Knight as well as for himself. The song of his the Stones covered is Mercy Mercy. The guitarist on this track is a little-known strummer by the name of Jimi Hendrix.

Marvin Gaye changed his name from his birth name, Marvin Gay. That would sure fool a lot of people. Perhaps he was emulating Sam Cooke. 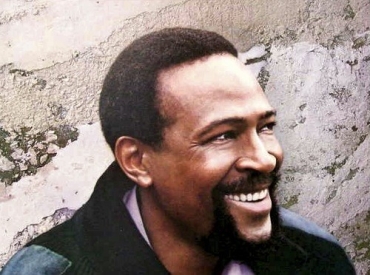 Marvin began his professional musical career in the doowop group, The Moonglows. After this group disbanded, he joined Motown Records (actually Tamla, a subsidiary) as a session drummer and pianist. He went on the road backing The Miracles and developed a close friendship with Smokey Robinson as a result.

He eventually got to record some songs but was still used as a session musicians on some of Motown's biggest hits. Some of his songs are the finest in the Motown canon and he was influential later going beyond the pop single and recording the ground-breaking album "What's Going On.”

Marvin was shot dead by his father when he returned home to celebrate his birthday.

This is Can I Get a Witness.

♫ Marvin Gaye - Can I Get a Witness

I can cheat and pretend to have more as I've previously featured some other songs. You can find Bobby Troup performing Route 66 here, Dale Hawkins with Susie Q here and the great Robert Johnson with Love in Vain here.

All three of these and every other song in today's post were covered by the Rolling Stones.

Other artists also made a living covering other people's songs: Rick Nelson, Johnny Rivers, Linda Ronstadt... okay I guess Pat Boone fits in there, too.

How come I never heard of any of these artists besides Buddy Holly? You are such a wealth of information! I am so glad that Ronni gave you your own column, a real gold mine of music.

Loved it all! Thank you for a fun music evening.

When I was a youngster I was in love with Marvin Gaye (we all were). I agree with you about Otis Redding being the "greatest" soul singer. What a loss ...he left so early. I got to see Chuck Berry in person and he did that remarkable kick thing across the stage. I think you, Mister Tibbles, are the Chuck Berry of Music commentators. :)

Have you read Keith Richards' *Life*? He (and Mick) *worshiped* these people when they were starting out. Apart from being 1/3 too long, the book's an interesting read.

Thanks for the back story to one of my favorite Grateful Dead jams - Fade Away.

It's always been my opinion that the Stones were "performers" first, while the Beatles had real composing chops.

Hey Pattie, watch out for the same deal on The Beatles next week.

Great history lesson! With all those drivers becoming solid gold, it seems that being a chauffeur to the stars is equivalent to Hollywood's legends of discovering the waitress at the diner. It's fun to imagine the Stones' first listen to these songs. Thanks.

Oh, I can imagine a gazillion folks have "done" the Beatles, but I bet you find the real gems!

Ah, in my youth, I fervently wished I could claim to have "done" the Beatles....or at least John.

Bobby Troup, Marvin Gaye -- yeah! These are my favorites though I'm familiar with the others.