Although he is right handed, SLIM WHITMAN plays his guitar leftie. That's because he lost a couple of fingers from his left hand in an accident at a shipyard where he worked before the war. 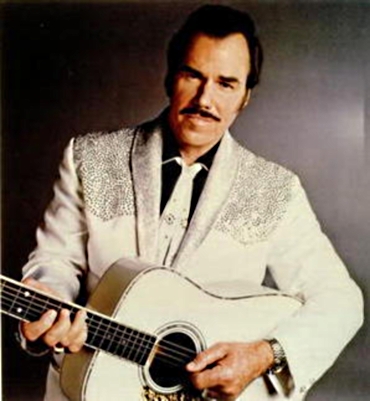 He learned to play the guitar while in the navy during the war. I guess the navy weren't fussed about missing fingers. Afterwards he started his professional singing career at several Tampa radio stations where he caught the ear of "Colonel" Tom Parker (ah hah).

Old Tom got him a recording contract (and collected a pretty decent percentage, no doubt). Slim had a few songs that did okay but the one we have today is the one that hit it big for him, Indian Love Call.

THE MILLS BROTHERS had an astonishingly long career, more than 50 years in the business. 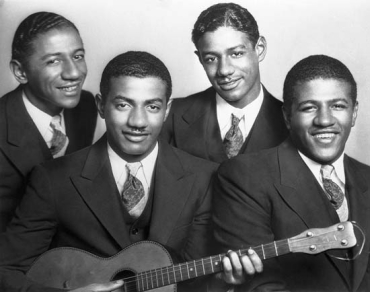 Even after the first of the brothers died, they kept going as a trio to rack up even more mileage. Their father started a barbershop quartet, well he actually owned a barbershop, and it was probably this influence that set his sons on their career.

Their professional career began in the twenties and, as I said, kept going for a hell of a long time. They had so many hits over the years. I'm not going to mention any of them apart from the one we're interested in today, The Glow Worm.

♫ The Mills Brothers - The Glow Worm

PEARL BAILEY, and that's her real name, started in vaudeville, appeared on Broadway where she won a Tony, on television scoring an Emmy. Only the Oscar is missing. Her uninhibited approach to singing gave inferior songs a worth that nobody noticed and made good songs sound magnificent.

She started performing as a dancer and a singer while still a teenager and performed with many bands of the day. She married jazz musician Louie Bellson and they had a long (and apparently happy) life together. Pearl's biggest hit is the one we're featuring today, It Takes Two to Tango.

At last we're starting to get some rhythm & blues recognised. Normally there'd be some Fats Domino by now; he must have slipped my mind. However, in his place is fellow New Orleans singer, LLOYD PRICE. 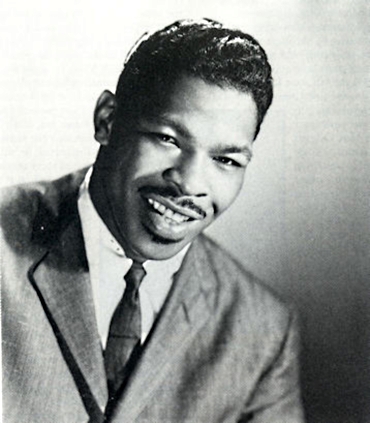 Lloyd had many hits throughout the Fifties but this is the first that came to general notice.

Speaking of Fats, as Lloyd didn't have a band at this stage the record company put together a scratch unit that included Fats playing the piano with Dave Bartholomew doing whatever it was he did. After this one the hits dried up, mainly because Lloyd was drafted and sent to Korea.

Later in the decade he was huge with such songs as Personality, Stagger Lee, I'm Going to Get Married and so on. Here he is with the one that kicked off his career, Lawdy Miss Clawdy.

For a complete change of pace, here's EDDIE FISHER. 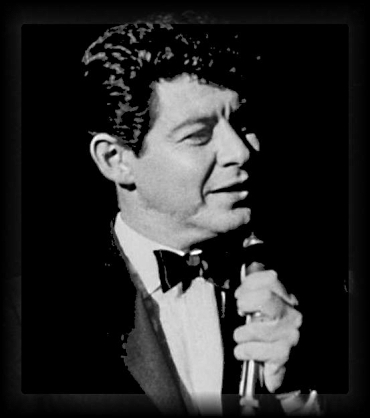 This song doesn't really grab me but choices were lean this year. Anyway, it was on one of my "various" CDs so I might as well use it.

Eddie's probably best known for having married Debbie Reynolds, Elizabeth Taylor, Connie Stevens and others. In the early Fifties it was almost de rigueur that Eddie had to have a song on the chart all the time. Even my sister had one of his records. This isn't it. This one is Lady of Spain.

Another artist whose records my sister had is JOHNNIE RAY. 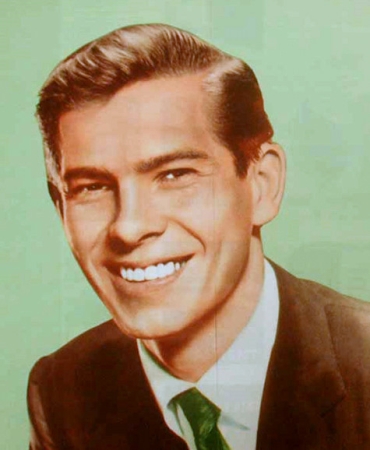 Indeed, this is one she owned. His records I would play, unlike those of Eddie Fisher. The tune was more a nod to jazz than leaning towards rock & roll as his later songs did. Well, Nat King Cole did a version of this at the time as well. This is Walkin' My Baby Back Home.

These generally outsold the good songs, many selling in the millions so I guess there was something to what he was doing. However, Rosemary never did like performing them and who can blame her? 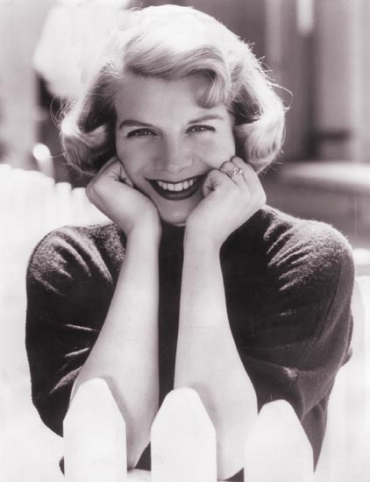 This is not one of Mitch's choices. This is one of the sophisticated pop songs, Half as Much.

♫ Rosemary Clooney - Half as Much

Tex Ritter recorded the theme for the film High Noon. Originally this song wasn't released. It wasn't until FRANKIE LAINE had a hit with it that Tex's version saw light of day as a single.

By then it was rather too late as Frankie's was the one everyone knew about. The two versions are somewhat different in their words. Whereas Tex's version describes the action in the film, Frankie plays a little fast and loose with it as he wasn't constrained by telling the story that was unfolding on the screen.

They're both good, but I prefer Tex as I usually go for the original. To be true to the spirit of these columns Tex really appears in 1953 so it's Frankie's version today.

When I was compiling this one, I wondered about the song You Belong to Me. I couldn't place it, so I went through my collection, found it and played it.

Ah - light bulb. That's the "See the pyramids along the Nile" song, now I know. This was a hit for JO STAFFORD. It was also a hit for Patti Page (and probably others), however, as I'll be featuring Patti a bit in this series I thought I'd give Jo a run this time.

Jo originally wanted to be an opera singer and took singing lessons with that in mind. She eventually chucked that in and joined her sisters as the Stafford Sisters (catchy name). She eventually joined the Pied Pipers, attached to Tommy Dorsey's outfit, and later pursued a solo career in pop and jazz.

Here's Jo with You Belong to Me (the pyramids along the Nile song).

♫ Jo Stafford - You Belong to Me

This was HANK WILLIAMS's last year on the planet. He had several hits in 1952, including Jambalaya, Your Cheatin' Heart, and the prophetic I'll Never Get Out of This World Alive.

Hank was supposed to appear at a 1953 New Year's Day concert in Ohio. However, the weather was really bad so he didn't take the plane. He hired a student to drive him to the concert. Alas, by the time he got there, due to a combination of painkillers and alcohol, Hank was dead.

Because the first two songs I mentioned are so well known, I've decided to go with the third of these, I'll Never Get Out of This World Alive.

♫ Hank Williams - I'll Never Get Out of This World Alive

In past columns I have already used some of the songs from this year. If you'd like to hear more you can find them here. They are:

Patti Page – I Went to Your Wedding
Teresa Brewer – Till I Waltz Again With You
Guy Mitchell – Pittsburgh, Pennsylvania

Ah, Jo Stafford. My dad loved her and always put a nickle in the juke box to play her songs. Thanks for taking me back to those days with her voice.

"You Belong to Me" was introduced, in 1952, by western swing band singer Sue Thompson as a step up from her 1951 effort: "I Think I'll Eat a Tadpole." In "You Belong to Me," Sue sounds disconcertingly like Billie Holiday. Here's Sue with The Dude Martin Band:

I really loved the female vocalists you chose today. Jo Stafford's voice thrilled me as a teenager and Rosemary Clooney still thrills me.

I love Rosemary because she enunciates the lyrics so well and her voice has a quality all it's own. I met her (then) husband, Jose Ferrar, and children when we were on vacation in Puerto Rico. He had his brood at the hotel pool where we were staying. I wonder if any of the children became singers. Both parents had incredible singing voices. I think one son, Mel, became an actor.

Thank you for all your research! I enjoyed this history lesson and was surprised to realize that I don't know enough about Hank Willliams. I'm going to look closer at his life, it will be an interesting journey, no doubt. I look forward to my birth year coming up.

Although I was only 10 years old for most of 1952, I remember several of these songs, most likely from a later date.

Marlene Dietrich could carry a tune; she just couldn't carry it very far. Starting in 1952, Mitch Miller paired Marlene with Rosemary Clooney in six comic duets, the best of which was "Too Old to Cut the Mustard", recorded on April 18, 1952. Rosemary saves Marlene's bacon in these recordings which you'll find archived on YouTube. Here's a link to "Mustard":

The ladies appear to be enjoying themselves immensely. Like me, you may find "guilty pleasure" in listening to these silly duets. You may even agree with me that these duets were not a complete waste of Rosemary's time and talent.

Nostalgia A plus! Love listening thanks for the memory. Johnnie had a song I loved called "stairway to happiness" I think that was the name of it. Along with lLittle white cloudnthat died.

How about Nat King Cole?

I adored all of these singers, the least favorite being Slim Whitman. It was interesting to read about him though. Most of us from my generation treated him more as a joke than not. I would feel different now though.

At 83, you struck the right cord with me. My first time here but won't be my last.