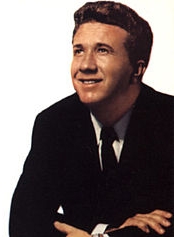 I saw Marty Robbins only once, not too many years before he died. I have to say that, of all the concerts I've attended, and boy there's been a few of those over the years, Marty's was the most enjoyable.

Not only was he a fine singer, he was also a generous and dynamic performer who responded to audience requests with great good humor. The only mark against him was his pea-green jump suit. Well, it was the seventies.

Martin Robinson was born in Glendale, Arizona in 1925, one of ten kids. He had a difficult childhood as his father only did odd jobs and was more than fond of the booze.

Marty joined the navy at age 17 and served in the Pacific. To pass the time, he learned to play the guitar and started writing songs. After the war he played venues around Phoenix and moved into radio and television.

He originally appeared under the name Jack Robinson because his mother disapproved of this singing lark. That name would really fool her. However, it wasn't too long before he settled on the name we know now. He eventually secured a recording deal with Columbia records.

The first song of Marty's that impinged on my little brain was one that my sister bought on a 45. She tried to teach me to dance to this song in preparation for the school social. This is one you all know, A White Sport Coat.

We, in Australia, assumed that a sport coat is what we call a sports coat. Just another cultural difference. Not much of one, maybe, but a difference nonetheless even if it's only a single letter. Anyway, here's that song. 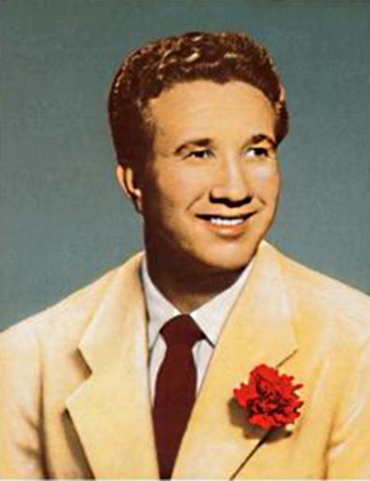 ♫ Marty Robbins - A White Sport Coat (And a Pink Carnation) 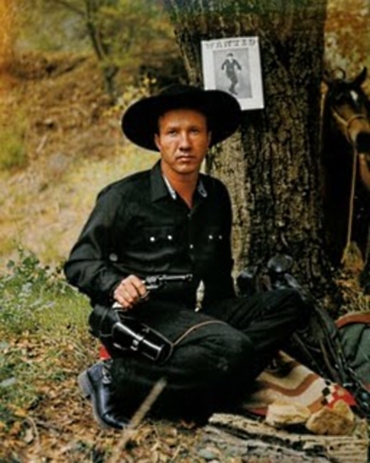 Naturally, I'm going to include both of them. This is the first one and it was the first track on the album, Big Iron. 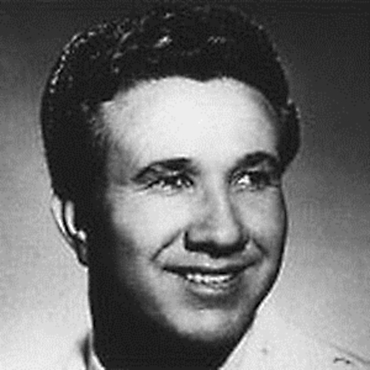 Okay, you knew this song had to be here and I won't disappoint you. Easily his most famous song, El Paso, with the great Grady Martin on guitar. 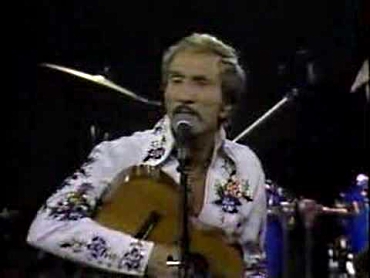 Years later he recorded a sequel to this song. The words of this are very post-modern. Very self referential. I always have a chuckle when I hear it. Do people still chuckle anymore? Well, you might when you listen to El Paso City. 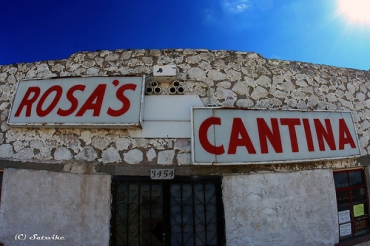 There's a third song in this saga called Feleena (From El Paso), actually the second to be released, which tells the story from Feleena's point of view, but I think we've had enough of this by now. Besides, that song is more than twice as long as El Paso, itself not what you'd call a short ditty. 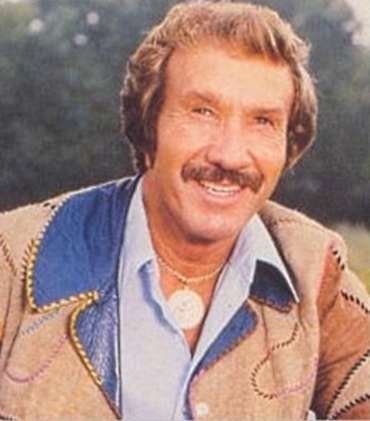 Moving on - well, moving back to 1961, he had a huge hit with Don't Worry. This song is one of the very first to feature fuzz-tone guitar, certainly the first country song to do so.

Whether this was deliberate or someone kicked in the speaker or the cone got soaked with water, we'll never know. However it came about, the sound was influential on later guitarists. The guitarist as usual was Grady Martin. Floyd Cramer is also unmistakable on piano. 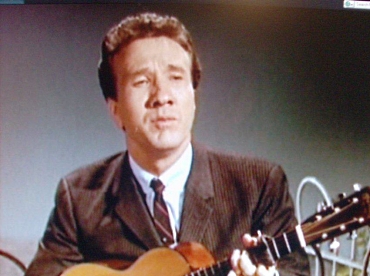 Before all of these songs, there were others. A couple involve a bit of tit for tat in covering other people's songs. The first is That's All Right, a song of Arthur Crudup's that Elvis released. Marty did a cover version and actually out-sold Elvis, but I'm not going to play that.

His next song, Singing the Blues, flew up the charts until Guy Mitchell recorded it and that version stopped Marty in his tracks. The versions were a bit different and I'm going to let you hear the original by Marty.

I really have to include another from "Gunfighter Ballads" because it's such a fine album. This isn't one that Marty wrote and it's been performed by many singers over the years. I can't think of any version of Cool Water that was better than his though. 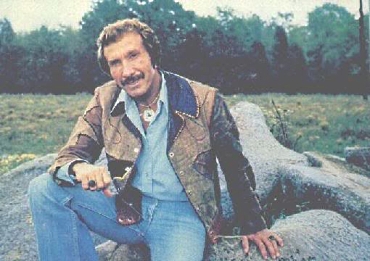 Towards the end of his life, Marty recorded only one song (that I know about) by Gordon Lightfoot. I wish he'd done more as his voice was admirably suited to Gordie's compositions. The song is Ribbon of Darkness. 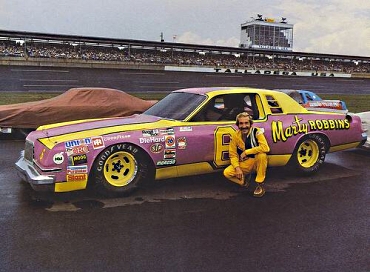 Marty was an avid race car driver, competing in 35 career NASCAR races with six top 10 finishes, including the 1973 Daytona 500. He appeared in several films, most notably Clint Eastwood's Honky Tonk Man where Clint played a character loosely based on Jimmie Rodgers. Hey, you've got Marty Robbins there and you let Clint sing. Oh well.

Unfortunately, Marty died of yet another of his several heart attacks before the film was released. I'll finish with a song that has absolutely no connection to that film. This was his next hit after Don't Worry - it's Devil Woman.

Marty's twin sister, Mamie Robinson Minotto, was part way writing a book about him when she died in 2004. This has been finished by Andrew Means and was published in 2007.

Thanks for the memories, Peter. I was just nine years old when the Gunfighter Ballads came out. About that time, my father bought our family's first record player and a few albums. I think of Marty Robbins as my fathers music, but I loved it too.

Devil Woman - on my personal list of All-Time Favorite "Mary" songs, along with "Mary in the Morning." Thanks!

"A White Sport Coat" takes me right back to my teens.

My number one memory test is s singing "El Paso" by Marty Robbins.

It works well during long waits in big box stores.

So far so good.

I was sad the string of songs ended! I'm not familiar with Marty Robbins as a performer but I certainly remember hearing everyone of those tunes! Thanks!

No, no - I have to defend Marty against the jump-suit accusation! It was a fringed cowboy suit - but definitely very green. And a great concert.

So much for my memory. I should have checked with you before I wrote this.

Marty Robbins was a treasure! We play his music a lot. Thanks, Peter! Great tribute.

Even though Marty was one of my all-time favorites, I wasn't familiar with a lot of his personal life. I was surprised that Floyd Cramer played with him in his early career.

It's funny how we associate singers with a certain period of our lives. I think my parents listened to Marty Robbins. Did he do Wild Goose?

I have Marty's Gunfighter Ballads 7inch EP but was El Paso ever released as a single? It had a Coronet label number but was never released. Any help would be great! He could rock with the best of them too.

Michael, I know that here in Australia El Paso was released as a single so I assume that it was also an American single. Checking with Google, I see that that is so, not only released but made number 1 on the charts in 1959.

Thanks...I have the complete Coronet label list (the sub CBS label he first recorded on in Australia, which was a green label) and the designated catalogue number said "not released" and it does not appear on the list anywhere. It could have been on the orange CBS label but have never seen a copy, just tons of the E.P's. If anyone has a CBS 45 rpm catalogue number for it I would appreciate it. Or I would love to see a scan of the label just to satisfy my curiosity. Yes it made number 1 and I have the U.S single but never an Aussie one. Many thanks.

Marty was and still is the most amazing singer of all time. Marty and I were friends the last ten years of his life and I must say, he was also the most amazing man I have ever known. He had a real love for people and especially his fans. I have been listening to him since I was about 5 years old and am now almost 59 and still listen to him every day and each time, I am totally amazed by the beauty of that voice. My son asked me one time if I thought I would ever get tired of hearing him and I told him that every single time I listen, I still can't believe that anything could be so beautiful. No, I will never tire of hearing that wonderful voice.