This is another column whose music has been selected by Norma, the Assistant Musicologist. The A.M. says: “There used to be a blues program on radio here in Melbourne some years ago, where the two presenters described themselves as 'he plays the dead ones and I play the live ones'” - i.e. pre-war and post-war blues.

Since my/our earlier column on blues women was the dead ones, today we are doing some live ones. Well, live though not necessarily known as blues singers. But we will hear their recordings of some old blues classics. And blues itself is a flexible category.

MARIA MULDAUR is a favorite of both of us so naturally she's going to appear here. 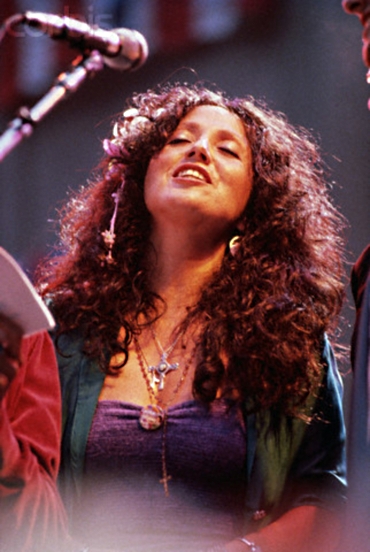 Maria has made, if not a career, at least a point of recording some old, mostly blues tunes. Right from her very first solo album, she included such material as will be demonstrated again later in this column.

The first of hers is from a much later album than that first one, a song written and performed by Mississippi John Hurt. It's Richland Woman Blues.

MOLLIE O'BRIEN sings everything from Memphis Minnie to Chuck Berry, Lennon and McCartney to Percy Mayfield. She sings jazz and R&B, gospel and country and everything in between. 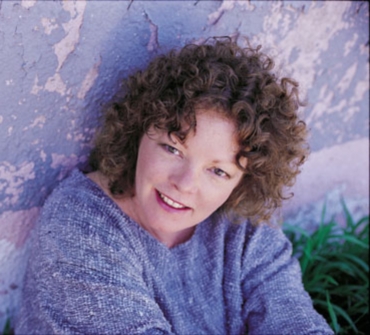 She grew up in West Virginia and started her public career as a duo with her brother Tim. They made some fine albums together. For the last 25 years, she's been making music with her husband Rich Moore as well as producing solo albums.

One of those albums is "Big Red Sun" from which the song, In My Girlish Days is taken. This is a Memphis Minnie song.

♫ Mollie O'Brien - In My Girlish Days

MADELEINE PEYROUX was born in Georgia but grew up in New York and California. 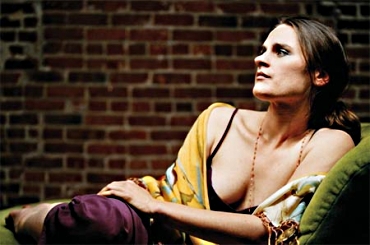 When her parents divorced in her teenage years, she moved to Paris to live with her mother where she discovered street musicians. She learned her craft in the Latin Quarter as a busker. This experience provided fodder for her first album. Even after its release she would still perform on the streets of Paris.

RUTHIE FOSTER is from Gause, Texas and she was born into a family of gospel singers. 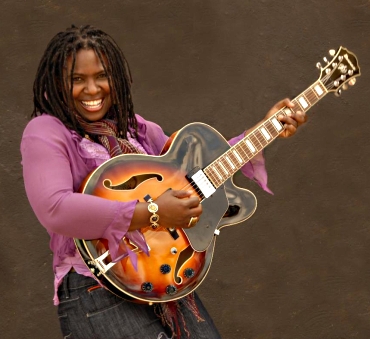 Ruthie studied music in college and started performing while in the Navy, although she had sung in her uncle's choir as a teenager. She said that she joined the Navy because she was curious about the rest of the world. She must still have that curiosity as she regularly tours Europe and Australia as well as her own country.

She brings elements of R&B, jazz and gospel into her singing and melds these into her own singular style. This is Ruthie with Rosetta Tharpe's gospel song, Up Above My Head.

♫ Ruthie Foster - Up Above My Head

I was rather surprised when the A.M. chose SUZANNAH ESPIE in this category. 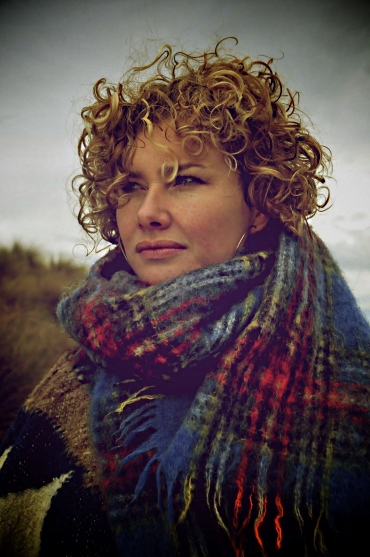 I've always considered her a country or maybe a folk singer, however, the A.M. assures me she will fit in here. Well, as said above, we're flexible. I remember her from her days as a member of the Australian all-female group, Git, who were a country/roots sort of band. I have several of their CDs and pretty good they were too.

The A.M. insists this track has blues sentiment even if not a classic, 12-bar structure – these are Hank Williams blues so it sounds a bit country to me, but that's all right. This is Lonesome Whistle, but not the way that Hank did it.

Back to MARIA MULDAUR. 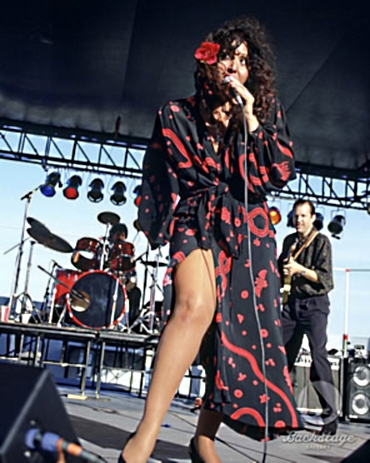 This is taken from her fantastic first solo album and is Don't You Feel My Leg. The earliest version I know is by Merline Johnson, often billed "The Yas-Yas Girl.”

Her version was called Don't You Make Me High, but it's the same song. If you're interested, you can find that one on a CD called "The Copulatin' Blues" which contains blues songs from the Twenties about, well, what its title suggests.

BONNIE RAITT is the mistress of the slide guitar. Hmmm, that doesn't sound right. Mistress may be the female equivalent of master but something goes wrong when that switch is made. She has been recording splendid blues-based albums since the seventies. 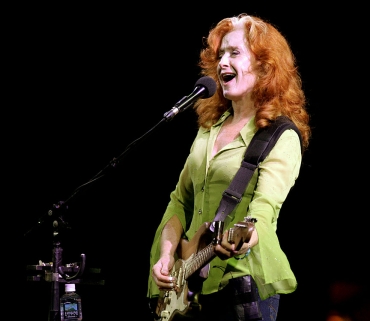 Bonnie learned to play guitar early and when she went to college she fell in with some like-minded people and started playing in clubs around Boston. It was there she met such luminaries as Howlin' Wolf, Sippie Wallace and Fred McDowell.

Fred coached Bonnie on her slide guitar technique and here she performs one of his songs, Write Me a Few of Your Lines.

♫ Bonnie Raitt - Write Me a Few of Your Lines

As it says in the liner notes for their first album: One is African-American, one Jewish, one part Cherokee; one comes from a jazz and R&B background, another from classical music, roadhouse, blues and swing, the next from country and bluegrass.

Hang on. I thought there were only three of them. I looked at the cover again. Yep, three. Okay, all those people (Gaye Adegbalola, Ann Rabson and Earlene Lewis) are crammed into three of SAFFIRE. 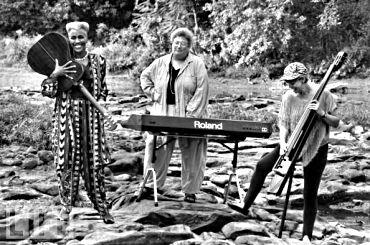 This track is from their first CD called “Saffire the Uppity Blues Women.”  The song is Wild Women Don't Have The Blues, a song Ida Cox wrote in 1924. Bessie Smith also performed it often.

DELIGHTED to see Saffire included in this. They are fabulous.

I haven't listen to much blues before but that may be changing. The songs you linked to a wonderful tunes. I want to go find more songs by these women. Thanks for the introduction!

Thank you for my two favorite things today: the blues and female vocalists of the blues. I may have keep this page open all day so I can play these songs over and over.

Delighful indeed. I'm so enjoying the best of the toe tappers. :) Thanks.

I had forgotten how fabulous Saffire is! Thanks for the reminder. The whole set is great. I saw Bonnie Raitt once in a small venue years ago and I just sat down on the stairs where I was standing watching her play and I wept...she was so good playing that slide. Thanks!

You overlooked 2 of the quintessential queens of the blues. Both now deceased but certainly worthy of a lot more than a passing glance:

"There ain't no sunshine when they're gone"

I've not heard Maria Muldaur for ages, so thanks for that. I love Bonnie Raitt's music, and shall be listening to the rest soon. I love your music posts here, always listen - always forget to comment til now!

I got a little goofed up in my google reader and landed in the older version first...enjoy it, but glad I found my way back. This post was AWESOME! The only ones I knew were Safire and Bonnie Raitt. Have you ever heard Toni Price from around Austin, TX? I think she's pretty good, too, but wouldn't put her family second so I'm not sure how well known she is. It occurs to me, however, you may lump her into "country" too, though to me she does great blues.