By 1957 rock & roll was really kicking in, so I'll start with one of those kickers. 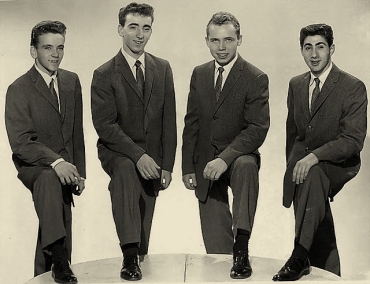 They all met at high school in Philadelphia and started a singing/dancing group called the Juvenairs. They were discovered when playing around town wherever they could get a gig.

The record producer asked if they had any songs and one that Dave had written called Do the Bop was suggested. This didn't quite make it but they worked on it and it evolved into At the Hop just as they evolved into Danny and the Juniors.

♫ Danny and the Juniors - At the Hop

Now we have the first record of BUDDY HOLLY's I bought. A 45, of course. 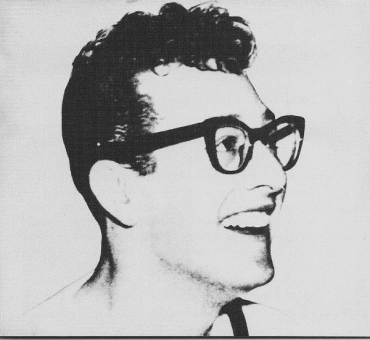 This was a really good deal as it had Not Fade Away on the flip side. There's really not a lot I can add as I've discussed Buddy several times before (and will again). I'll say that the second 45 of Buddy's I bought was Rave On.

They were the only records I had of his before he died. I've made up for that small collection since. Here is Oh Boy!.

Another Buddy, in this case BUDDY KNOX. This Buddy also recorded at the same studio as Buddy Holly; that was the one run by Norma Petty in Clovis, New Mexico. 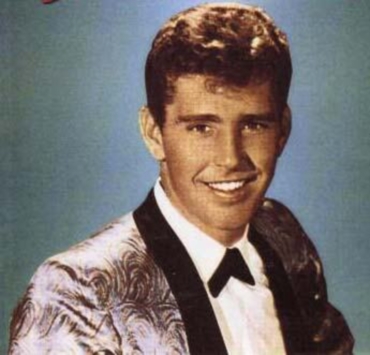 Buddy learned to play guitar as a boy in his native Texas and formed a band with some school mates. They played one day with Roy Orbison before Roy was a success. He suggested they go down to Clovis where he'd recorded after he left Sun records.

Buddy's songs were an instant success, first with Party Doll and then Hula Love, the song we're playing today. He had others as well.

GEORGE HAMILTON IV should not be confused with a certain tanned gentleman with a similar name. 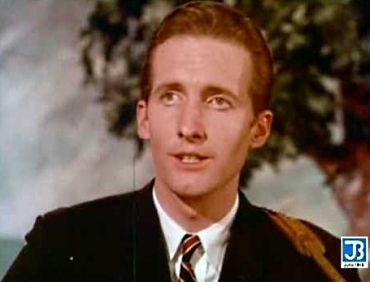 George was from Winston-Salem and while still a student at the university there, he recorded A Rose and a Baby Ruth, written by John D. Loudermilk.

After the success of that song, he recorded more of John's tunes, most notably the song Abilene. Later, his output moved towards writers such as Gordon Lightfoot and Joni Mitchell. He liked Canadians, I guess.

George toured extensively and just last year he was joined by many country greats to record a new album. This is his pop hit from 1957 (and 1958 as it was late in the year), Why Don't They Understand?

I suppose I should include PAT BOONE somewhere in these columns and I guess this is a good a time as any. 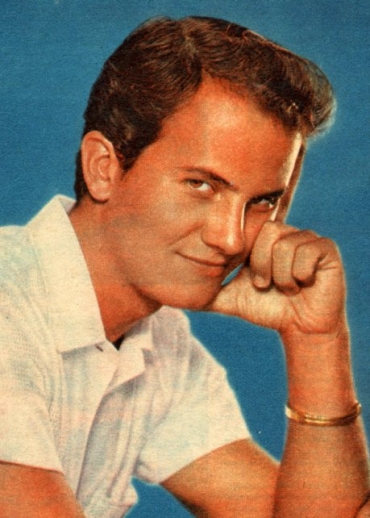 Goodness, Pat's trying to look like Paul Newman in that photo. Pat seemed to make an early career of making insipid covers of other better versions of songs, particularly those of Fats Domino and Little Richard. Unfortunately, these generally outsold the originals.

However, he did perform other songs that aren't too bad. Quite a few of them really. This is one of his biggies, Love Letters in the Sand.

In a field dominated by male artists, THE BOBBETTES were one of the first female groups to make an impression in rock & roll. 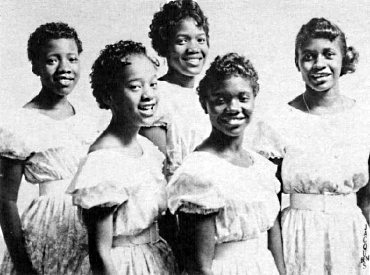 The Bobbettes were Emma and Jannie Pought, Laura Webb, Helen Gathers and Reather Dixon. They first met, well apart from the sisters, at their school's glee club. From there they performed at amateur nights at the Apollo Theater in Harlem.

There, they caught the ear of a manager for Atlantic records and went on to record Mr. Lee, easily their biggest seller. They had a few more minor hits, including a follow-up called I Shot Mr. Lee. Atlantic were loath to promote this one but it sold quite well nonetheless.

I think its main problem was that it sounded too much like the song we have today, Mr. Lee.

I'm always carrying on in these columns about the superior original versions of songs but for once, I'm going against that policy. This is yet another record my sister had and I rather liked it, even though I think Charlie Gracie's the superior version.

It's not a case of which version I have as I possess both. This is ANDY WILLIAMS, no mean singer himself. 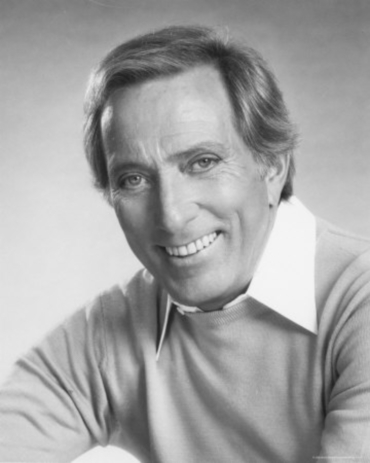 Charlie's version sold a couple of million and Andy covered it and it gave him his only number one record. That rather surprised me, but who can argue with the intertube?

The word is that Andy was trying to imitate Elvis on this record, but I can't hear it; he still just sounds like himself. However he sounds, here is Andy Williams with Butterfly.

Speaking of ELVIS, I guess with a series on the music from the Fifties, he should be included and here he is. 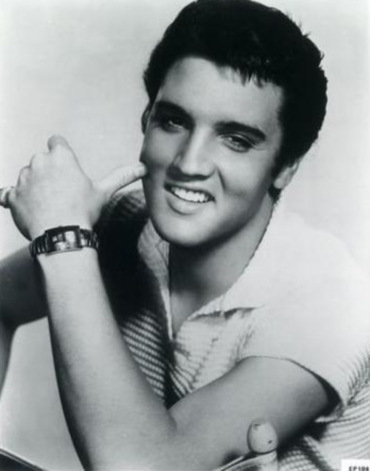 As in most years in the second half of the Fifties, Elvis appeared with several songs this year but only once in this column today. I figured you'd know all his hits from the period but he really should get a look in somewhere, and this is it.

Besides the one I'm playing, Elvis also had Teddy Bear, Jailhouse Rock, and Too Much. Any year that included those is worth a listen. Here is All Shook Up.

♫ Elvis Presley - All Shook Up

It seems to me that the forgotten man from the Fifties, even though he had many hits, is JOHNNY MATHIS. 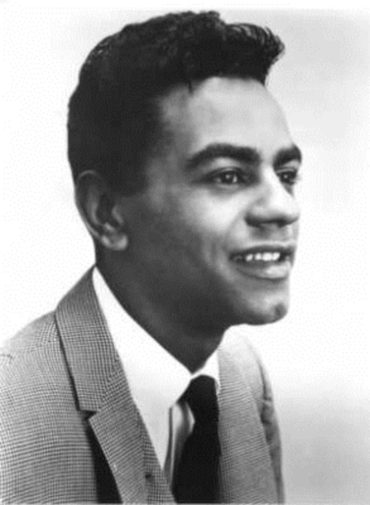 Not just singles, but his greatest hits album spent a squillion years on the charts. It might even still be there. It won't come as a surprise to those who've heard him to learn that Johnny studied opera and was nearly lured into that undertaking.

However, he was taken by such singers as Nat King Cole, Billy Eckstine and Lena Horne and thought that'd be the career for him. To help pay his way through university he worked as a singer around the clubs of San Francisco where he was heard and signed to a record deal. He didn't look back.

Unfortunately, he came under the wing of Mitch Miller so some of his songs can be a bit treacly. His voice shines through it all though. Here's one of his many hits from this period, The Twelfth of Never.

♫ Johnny Mathis - The Twelve of Never

I'll finish this year with the great FATS DOMINO. 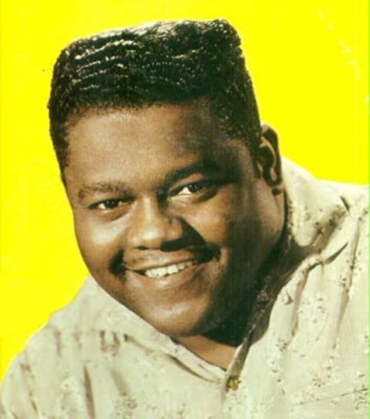 The song is one Fats co-wrote with his long-time producer, Dave Bartholomew. It's not one of his biggest hits but I've always liked it, especially as it had a really good cover version by Buddy Holly. That was unusual for Buddy as he wrote most of his own recordings.

In past columns I have already used some of the songs from this year. If you'd like to hear more you can find them here.

I love anything Johnny Mathis sings. He is so mellow.

Andy Williams always brings back memories of his fabulous Christmas shows. Today we would say he was very cool.

Pat Boone was so-so and I didn't like his politics, so was not a fan.

I was too old to really appreciate Elvis. We mothers thought his swivel hips were a bit vulgar. My how times have changed.

Super selection! I appreciate the anecdotal information on these stars!

I had a bit of hard time reconciling what I heard to what I remember of Andy Williams, however. Who knew he rocked? Not me. And what was that percussionist using on the Elvis tune, "All Shook Up"? It almost sounded like clapping but it was harder somehow? Two wrapped wooden blocks keeping time? Thanks again!

Thanks, Peter. Another group of winners and a lot of good listening....

Great selection! Memories are made of these. I recall dancing to them in High School!