AL KOOPER was one of the more interesting musicians from the Sixties who, fortunately, is still with us today. 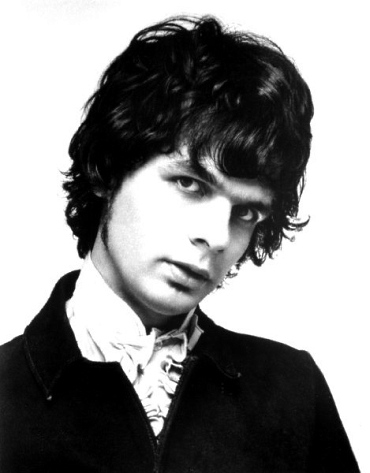 Alan Kooper (the family name was once Kuperschmidt) was born in Brooklyn in 1944 and grew up in Queens. He was a sideman, a front man, a session musician, a creator of bands, a producer, a discoverer of talent, a songwriter and he played on the most important song recorded in the Sixties.

He styled himself the "Zelig" of popular music as he turned up at all the critical points of its development and fitted in as if born to it (as he probably was). 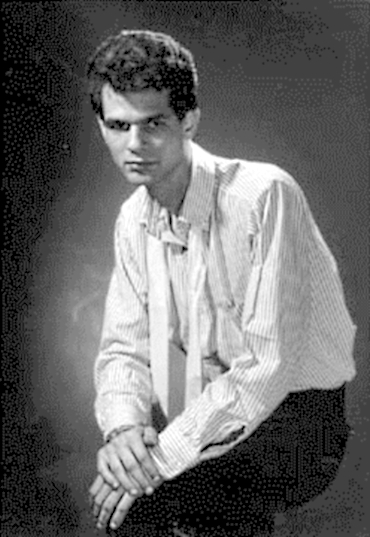 Al's first professional gig was with a group called the ROYAL TEENS who had had a hit with the tune Short Shorts.

The group had to tour in the New York area but needed a new guitarist. Al happened to be in the office of their manager that day and said, "What about me?"

He needed his parents' permission as he was only 14 at the time. They gave it with strict provisos, often broken by Al. Hey, he was a teenager. Even though he doesn't play on it, here's Short Shorts.

Later, after his stint with the Teens, Al drifted into song-writing in the famous Brill Building. There he met and became friends with Gene Pitney, Burt Bacharach, Paul Simon and others. He also attended college in music programs but these were very formal and it wasn't a success.

He continued writing songs, one of which, This Golden Ring, roared up the charts for Gary Lewis and the Playboys. 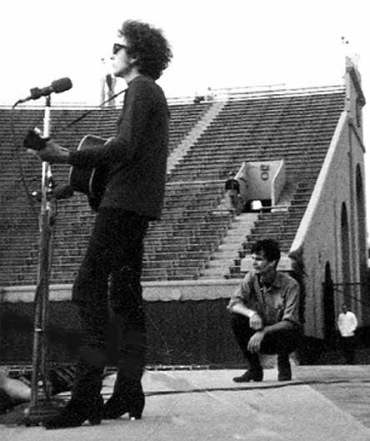 Into 1965. Al was a friend of record producer Tom Wilson who was producing BOB DYLAN's next album. This was definitely the place to be and no one was allowed in without an invitation.

Tom asked Al if he wanted to come along and see what's going on. Naturally, Al accepted as he really wanted to play on that record, but he didn't mention that.

Al arrived early, unpacked his guitar and tuned up, determined to play. Sometime later, Bob walked in with another scruffy looking musician who had a guitar over his shoulder, no case, just exposed to the elements.

This person brushed the snow off the guitar, plugged in and started to play. Al knew immediately he wasn't getting the guitar gig on this record. That went to Michael Bloomfield, for indeed, that's who it was.

At that point, the organist left his instrument and went to play piano. Al took his place. Although he was proficient at the piano, this organ was unfamiliar to him and he had to ask the producer how to turn it on.

When the recording began Al played along on organ as best he could, mostly playing guitar chords. During playback Dylan said, "Turn up the organ."

"It doesn't matter, turn it up," was Bob's reply. And a rock organist, later much in demand, was born.

I won't play Like a Rolling Stone, the track I'm talking about, because it's so well known. Instead I'll go for another from around the same time also with Al on organ, a song where Bob lets loose with his razor blade tongue, Positively Fourth Street.

After playing at the famous Newport gig and touring briefly with Bob, Al quit as he was getting tired of the extraordinary reaction of the audience to Bob's full on blast of energy. Besides, he was much in demand by then as a session musician.

One of these sessions was for a group called the BLUES PROJECT. After playing with them, he was asked to join. Not too long after that, their lead singer quit and Al was left to perform that duty as well as playing the organ.

The Blues Project was a very influential band but they only recorded one studio album (and several live ones). 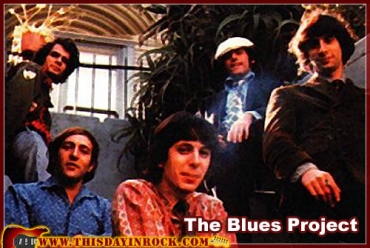 Here's the Project with Wake Me Shake Me.

♫ Blues Project - Wake Me, Shake Me

After the Blues Project's demise, Al decided he'd like to form a full tilt band, not just another rock band but one with horns and such so a full musical color range could be realised. Taking Steve Katz with him from the Project, he formed BLOOD SWEAT AND TEARS. 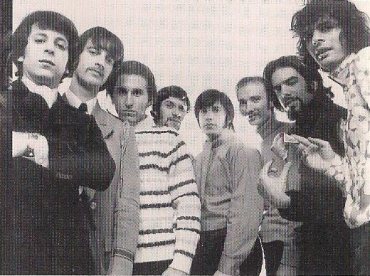 That first album of theirs, "Child is the Father to the Man," is a particularly interesting listen. The horns aren't as prominent on this album as they were to become later. The track from this is I Can't Quit Her.

♫ Blood Sweat and Tears - I Can't Quit Her

It's probably a rare event that the person who creates a band and is its main guiding light is sacked by the other members of that band after only their first album but that's what happened to Al. The others brought in David Clayton-Thomas to sing lead.

Now Al thought that if jazz musicians could get together and jam and in the process, produce some of the finest albums around, why couldn't great rock musicians do the same? So he contacted his now good friend MICHAEL BLOOMFIELD and suggested it to him.

Mike thought this was a good idea so the spark of "Super Session" was born. With other hand-picked musicians they laid down several tracks that are among the finest examples of rock music ever recorded.

They were set to record again the following day but Mike was nowhere to be seen. He was a chronic insomniac and more than a little dabbler in drugs. The recording time was paid for so Al contacted Steve Stills and he agreed to step in.

The Stills tracks are okay but compared with those of finest white blues/rock guitarist of all time they pale just a little. 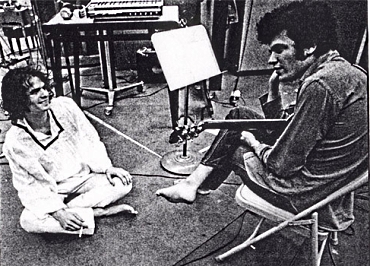 This is Al and Michael with Stop.

Al and Michael decided to take their show on the road. Well, the road being The Fillmore in San Francisco and the Fillmore East in New York.

The San Francisco gig was recorded and a record released called, "The Live Adventures of Mike Bloomfield and Al Kooper." It had a cover painted by Norman Rockwell and that painting graced the walls at CBS for many years but has mysteriously disappeared.

If anyone knows where it is, Al would like it. 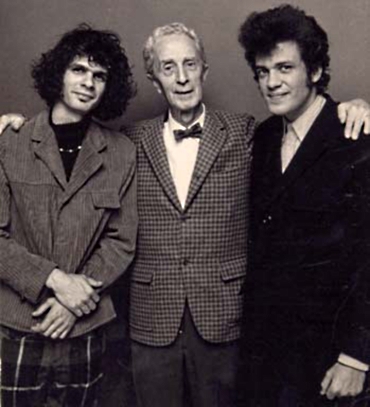 This was a looser arrangement than "Super Session" and lacked the quality of those tracks. Nevertheless, some good music was produced. Here they are with their slow bluesy take on Paul Simon's 59th Street Bridge Song. 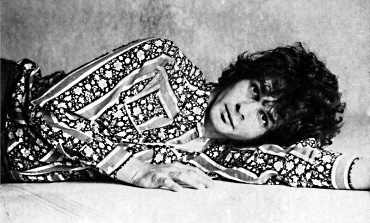 The New York performance was recorded as well but it was thought the tapes were lost until quite recently and they have also been released as "The Lost Concert Tapes". As this is similar to the other album I'll skip over it.

About a year after Super Session was released Al recorded a similar album called "Kooper Session.” 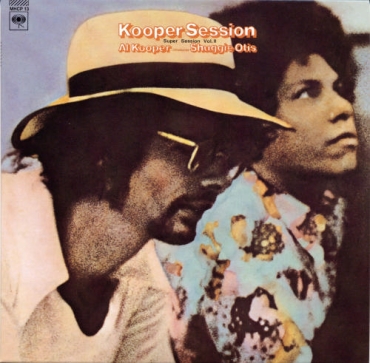 On this one he had Shuggie Otis playing guitar. Shuggie is R&B great Johnnie Otis's son. Back when I bought the vinyl copy of this and played it, our jaws dropped when we heard Shuggie let rip the guitar solo in the second half of this song.

Not just this track either; his playing throughout the album is exemplary. I have scratched my head wondering why this fine album has never been released on CD (except in Japan).

Since this was recorded, there have been several teenaged guitar prodigies but none has had the impact of Shuggie. He was 15 when this album was made. Here is Lookin' for a Home.

After this, Al released a series of albums under his own name, the first, "I Stand Alone," is probably the pick of them. These contained a mixture of his own songs and famous and obscure rhythm & blues tunes. 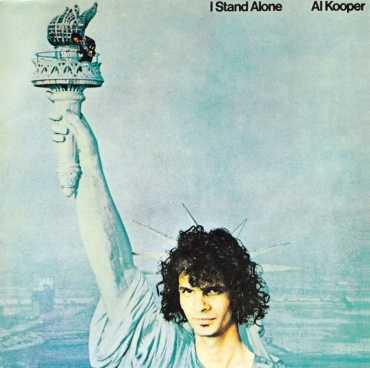 This is the title track from that album, a song he wrote, I Stand Alone.

This leaves the story only half-told. Al continues making music, producing others, discovering talent to this day. I could have included more of his later work but the music he produced in the Sixties and early Seventies is of such quality I thought it had to be included and I've run out of room. 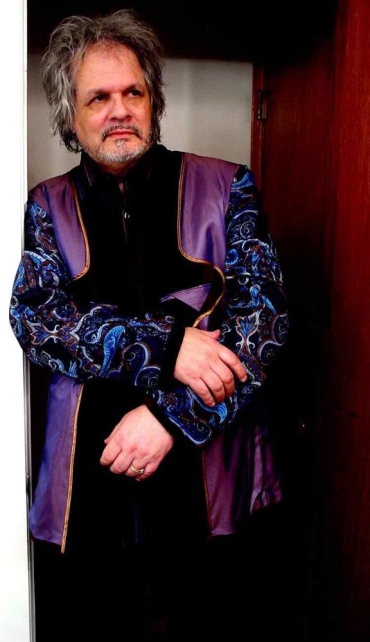 A part of my musical history and I wasn't even aware of this great artist. Thanks Peter

This week saw the passing of a true "unsung hero" of Rock: Clarence Clemons. He was almost literally "bigger than life" and had a lot to do with making the Bruce Springsteen concerts and recordings magical.
Clarence had a very special style that I came to realize was the very strong gospel influence in his music. His sax took complete control of a tune, pulling the rest of the ensemble along with it. It was like the lead singer in a gospel choir, voice rising above the others - driving them to a powerful climax.
Clarence also showed his sense of humor and real joy in his playing that I think was never matched by any other R&R instrumentalist.
I will miss Clarence but fortunately, I still have his recordings to lift me up when I'm down.

I hadn't known about Al Kooper either. Thanks for the education, Peter.

Wow. I want to express my appreciation for this website. The songs chosen are magnificent and I had never realized that Al Kooper really is a Rock Zelig, appearing at all the pivotal moments in rock and roll. I was six years old when "Short Shorts" came out back in 1958. Couldn't get it out of my head. Amazing Musician. Wonderful blog. Thanks again.

there are sooo many factual errors above.
a) I never worked in the Brill Building. Either did Carole King, Gerry Goffin, Barry Mann, etc. We all worked at 1650 Broadway
b)Bloomfield must have had a hard time brushing the snow off his guitar as it was June 15th, 1965.
c) I was NOT the lead singer of The Blues Project. Three of us sang lead i.e. Danny Kalb and Steve Katz as well
d)Saying that Stills performances paled in the face of Bloomfield's is humorous as :Season Of The Witch" was the star track on that album with Stills doing a brilliant job in another idiom on the flip side of Bloomfield's great blues playing

I'll leave it at that but please don't write an entire book about me unless your research tools have improved over the last five years. I appreciate you writing about me, but neverthe less..........

No thoughts of writing a book, Al. I couldn't top yours.

Should say this DIAMOND ring.