I'm back from Michigan, had a terrific time and I'll tell you all about it next week. Meanwhile, thank you for such an overflowing response to my request for help with Interesting Stuff this week.

There were so many that I've had to set some aside for possible future use. Here are this week's offerings.

TECHIE MAGIC
At a certain point technology becomes indistinguishable from magic. This video is from Marko Tempest, a man who deliberately exploits the magic. Prepare to be amazed.

Hat tip to Darlene Costner for this, and you can find out more about Marko Tempest at his website, The Virtual Magician.

PARAPROSDOKIAN SENTENCES
I had never heard that word before TGB reader Bill Griffiths sent along this item. According to Wikipedia, a paraprosdokian is a figure of speech in which the second half is surprising in a way that forces the reader to rethink the first half. Comedians often use this construct. Some examples:

• You're never too old to learn something stupid.

• Why do Americans choose from just two people to run for president and 50 for Miss America?

• A bank is a place that will lend you money, if you can prove that you don't need it.

• Politicians and diapers have one thing in common. They should both be changed regularly, and for the same reason.

You can find many more examples here and also at Wikipedia.

GIVING A DOG NEW LIFE
Carol of Co send along this video. Here's the explanation from YouTube:

”Nakio is the first dog to be fitted with a complete set of bionic paws that work naturally to allow him to run, jump and even swim. Nakio received the paws after his own were severely hurt from stepping into an ice puddle as a puppy. The prosthetics were designed and fitted in a pioneering procedure by Martin Kaufmann, founder of Orthopets.”

NOW THAT'S A TREE
From my friend JoAnn Goldberg and nothing more needs to be said than that headline. 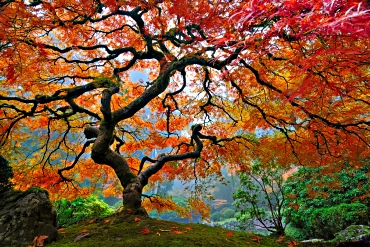 ANOTHER WAY TO DEAL WITH AARP CARDS
In the comments following my rant about AARP's support of cuts to Social Security, many readers said they intended to burn their cards. Retired teacher from Long Island, Jay H. Broad, emailed with a different suggestion you might want to consider:

”for all who want to drop membership in AARP that is better than just destroying their card - send the card back with a letter stating that AARP has betrayed its members and demand that your dues be refunded.

“I did this in 2003 when they did the same re the Medicare part D debate. I received a check not long afterward. They need to be put on notice that they can't get away with this without consequences. A flood of letters demanding money might do the trick.”

I can't guarantee you will get the same result Jay did, but it might make you feel a better.

WHEN THE GOING GETS TOUGH, THE TOUGH
...rob banks. At least that's what this man did when he couldn't afford needed health care. Even with the Affordable Care Act, 40 to 50 million people are without health coverage. Take a look at this man's extreme solution. (Hat tip to chlost who blogs at Just My Life)

GOOD OL' GEORGE BURNS
George was a national treasure who in his last decade or two often said he intended to keep working until he was 100 years old. And he did, dying at age 100 in 1996.

Nancy Leitz who contributes a lot of wonderful stories at The Elder Storytelling Place sent along this song from George, I Wish I was 18 Again. 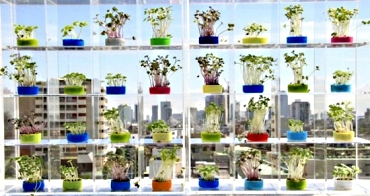 It's hard to know right away that these are what must be the ultimate urban garden - teeny-tiny plants grown in bottle caps. Here's another photo.

You can find out a little more about them here and if you live in Japan, you can buy a kit at the Merry Shop. (Thank you again to JoAnn Goldberg.)

AAADD
We've all heard of ADHD; this one stands for Age-Activated Attention Deficit Disorder. I've read several versions of this over the years as text only. Now Cile of NightMonkeyShines found a video version and it's even better.

UPDATE: First thing this morning, Colleen Skinner of Meanderings emailed a link to an opinion piece in The New York Times today titled On the Art of Puttering - a perfectly timed companion piece to this video.

HOW TO STOP A PISSING CAT (OR SEVERAL OF THEM)
One of the most interesting and personable people I met at the Ford Motor Company event I attended in Dearborn this week is Smythe Richbourg. We shared several meals and a lot of good conversation.

Smythe, who blogs about gadgets and tech toys and tech magic and other such stuff at The Gadgeteer, forwarded this cat video.

Yes, it's longer than most. It is also funnier than most and as the story unfolds, I think you'll laugh as hard as I did. You will also understand why a tech gadget guy loves it.

George and I enjoyed your post enthusiastically. No cats here, but at the big house we had a similar problem not only with cats but with the homeless. LOLOLOL

The AAADD and "how to stop cats" videos were great fun, and George Burns singing "I Wish I Were 18 Again" tugged a little. Tiny gardens ... interesting.

(Had already seen the other items.)

I enjoyed the video on ADHD because I have many days like that. I have also seen the text version, but this is funnier.

I just attended a birthday party for a woman who turned 95 and I mentioned the fact that she would outdo George Burns. I hope she does. He was great.

Even for putting it together on the fly, your Interesting Stuff segment is as enjoyable as ever.