1958 was the year I could have included 50 or 60 songs but I had to restrain myself. I thought I'd include less obvious choices but I don't think I succeeded at that. You can see for yourself below.

BOBBY DAY was from Forth Worth and he and his family moved to Los Angeles when he was a teenager. This family knew him at the time as Robert Byrd; this is not the Bobby Byrd who was a musician in the Seventies.

He was, however, the original Bob in the soul group Bob and Earl; back then he was using his real name of Bob Byrd. When he did solo work on the side, he used the name Bobby Day for contractual reasons. Bob Relf later took his place in Bob and Earl. 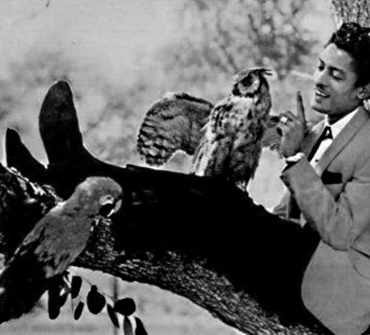 Bobby was also a songwriter and several of his songs have been covered by other artists. However, what we have today wasn't written by him although it was famously, and poorly, covered later by Michael Jackson.

It was written by Leon René, although he used the pseudonym Jimmie Thomas. The song is Rockin' Robin.

THE FOUR PREPS met at Hollywood High School and if there isn't a movie in that alone then the scriptwriters are out to lunch. 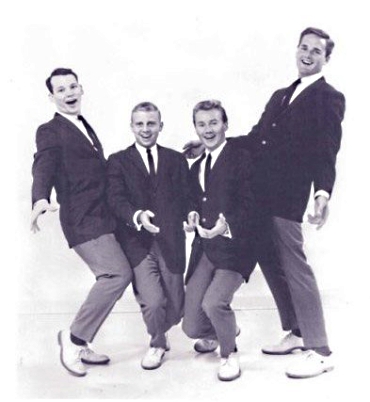 They had a couple of hits this year and either one would have been suitable for inclusion. Besides being fine singers, they were good mimics and had a couple of hit records parodying other singer of the time. Indeed, I've written a previous column on one of those. You can find it here.

The Preps were discovered at a talent show and went on to record interesting songs for several decades. This is 26 Miles (Santa Catalina).

1958 saw a spate of silly songs, usually with sped-up voices – The Witchdoctor, Alvin and the Chipmunks – especially Alvin's Harmonica – and the king of them all was by SHEB WOOLEY. 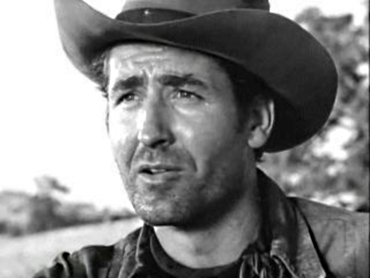 Sheb was an actor; he played Frank Miller, one of the baddies in High Noon, and had a long-running part in Rawhide as the scout, Pete Nolan. He was in other films, Giant for one, and was also a bit of a singer.

Sheb was born on a farm in Oklahoma and worked there as a cowboy so he really knew how to play the part properly. However, we're interested in music and in that field Sheb's contribution to the culture of the world is The Purple People Eater.

The school I attended at the time had the color purple as its main color so you can imagine the stick we copped that year (and the next) whenever we played other schools at sports. They started singing the song to us in a rather desultory fashion but we embraced it and, channeling our own inner Purple People Eaters, sang it back to them with gusto.

BILLY GRAMMER changed his name from Billie Grammer. Perhaps it looked better on the billboards. 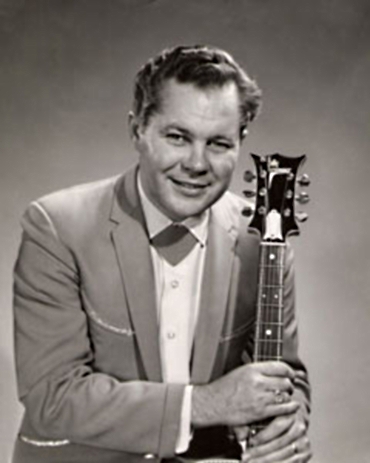 Billy was born in Illinois and his father was a musician of note in the area, playing violin and trumpet. Young Billy (or Billie) became proficient on guitar, mandolin and violin and would often accompany dad at local gigs.

Billy was going into scientific or engineering fields but World War II intervened. Work was scarce for budding musicians after the war so he took a job as a toolmaker. When the plant closed, laying off virtually everyone, Billy again tried his had at being a professional musician.

This time he was successful and he ended up as a regular member of the Grand Ole Opry. He became so proficient at playing guitar that the company that made guitars for him renamed itself in his honor. His biggest hit was Gotta Travel On.

THE PLATTERS were easily the best of the vocal groups of the Fifties. 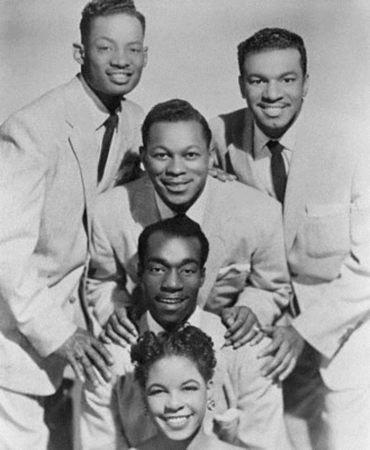 They started as just another run of the mill DooWop outfit until their management was taken over by impresario Buck Ram. Buck moved Tony Williams right to the front as lead singer. He also recruited Zola Taylor to the group.

Buck was also a songwriter and he had a keen ear for classic songs as well. Put all that together and we have greatness.

Unfortunately, by the early Sixties the group was disintegrating and several members went out on their own and formed their own groups (generally all called The Platters). These days there are more than a hundred versions of “the original Platters” doing the rounds.

This is Twilight Time by the real original Platters.

As with Ritchie Valens, below, THE BIG BOPPER is really just remembered for two things. The other one is Chantilly Lace.

Jiles Perry Richardson was from Texas. He had a big voice and was a natural as a disk jockey. He later changed his first name to Jape and of course, unofficially changed his whole name to The Big Bopper when he ventured into radio.

He played the guitar and was a songwriter of some note. However as I suggested, he's remembered for being on the plane with Buddy and Ritchie and this song.

PEGGY LEE was born Norma Egstrom in North Dakota. Hmmm, I wonder how many other great singers are from that state? I'm sure any North Dakotans reading this will let us know. 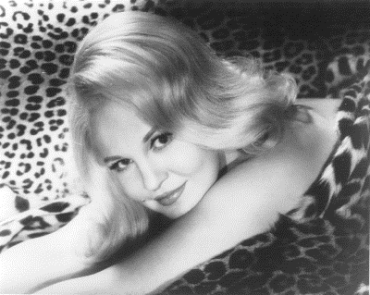 Through many trials and errors she was eventually picked up by Benny Goodman as singer in his band. She stayed with him for a couple of years and married his guitarist. This was against Benny's policy He sacked the guitarist and Peggy resigned in protest.

She became a housewife for a while, looking after their daughter. All the while she was writing songs and occasionally recording them. One became a hit and there went the housewifing business.

The song today is not one she wrote, well not in full. It was written by Eddie Cooley and John Davenport, first recorded by Little Willie John.

Peggy added some extra verses (although she's not been credited with those). Elvis recorded a near identical version not long after Peggy's. Here she is with Fever.

DON GIBSON was one of the great country music songwriters and singer in the Fifties. 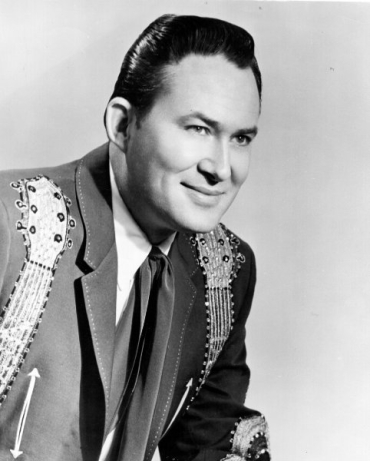 Not just country - his own recordings hit the pop charts as well and a list of artists who have covered his songs would be too long to list here. However, I will mention Ray Charles, Emmylou Harris, Neil Young and Patsy Cline as a few who have done so successfully.

Don made a career out of writing songs about loneliness. You could put together a complete album of songs with lonely or lonesome in the title. This is one of them, Oh Lonesome Me.

Dolores LAVERN BAKER was born in Chicago and made her start in clubs in that city. 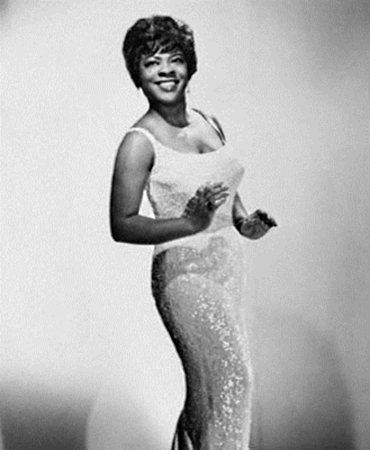 She originally appeared and recorded under the name “Little Miss Sharecropper.” I don't know why, I can't imagine too much sharecropping being done in the south side of Chicago.

Anyway, she did get to use her own name after a while. LaVern signed to Atlantic records in 1953 and had many hits throughout the Fifties (some that were covered by inferior artists sold better, alas).

Eventually she went to The Philippines to live and stayed there for many years. She returned to New York for the fortieth anniversary of Atlantic Records and had another career for a few years. LaVern died in 1997. Here she is with I Cried a Tear.

♫ LaVern Baker - I Cried a Tear

There seem to be only two things RITCHIE VALENS is remembered for these days – being on the plane with Buddy Holly and the Big Bopper and the song La Bamba.

However, in his lifetime his biggest hit wasn't that song it was Donna.

Richard Valenzuela was born in Los Angeles of Mexican and Native American parentage. The song, Donna, was his first hit record and the only one he had while still alive. La Bamba was to follow on its heels.

He had been a professional performer for eight months and was only 17 when he took that flight.

In past columns I have already used some of the songs from this year. If you'd like to hear more, here are some links.

You certainly picked songs that those of us of the generation know. I didn't have to listen to a one of them: I could hear each one in my head.

In 1958, I was a junior in college and married Hunky Husband on New Year's Day.

Thanks for the memories. (I assume that Mr Tibbles is to be credited.)

Thank you for Peggy Lee's "Fever". I loved it when it came out and still do.

The U.S. Army called for my services in 1958. We held an impromptu talent show just before graduating from basic training. An African-American lad from Detroit brought down the house singing "Fever" with at least as much emotion as Peggy Lee conjured up for her version. Thanks for the memory.

I was a junior in high school. Love hearing these songs and reading about the artists (which I never knew much about then).

Glad you finally got rid of the stale introduction, but Peter does deserve a byline.

How about a simple By PETER TIBBLES at the start of each new piece?

And while I'm at it, how about a short italicised bio at the end for those regular contributors?

Great music, prefer the country myself.

Allan Moult--I like your byline idea. As I recall, Mr Tibbles has usually had an introductory paragraph from Ronni which I noticed was not on this piece. The writing sounds like Mr Tibbles's writing; but, there is always the possibility that another guest wrote this posting.

Ronni (Ms Bennett)--We await clarification. (See how much you've spoiled us? We flounder when we don't see what you've led us to expect.)
; )

My huge apologies to Peter Tibbles for leaving out his bio at the top of this story and to readers for confusing some.

Occasionally, I screw up and miss something. I just forgot to copy it over this week.

Again, my apologies. I've inserted it where it should be at the top.

Peter's total recall of music that most of us have retained snatches of is a gift indeed. Many, many thanks!

Another great set of of songs! I wish Sheb Wooley stuck to cow punchin' though. I was only 5 but even THEN I found the one-eyed people eater song tiresome! Hearing Billy Grammer sing "Gotta Travel On" made it all better though! Thanks!