Home About Archive Contact
INTERESTING STUFF: 30 July 2011
All About Falls and Elders – Part 1 of 2

Hah, fooled you. Here are some more years.

I know I said after 1959 I wasn’t going to do this again because presenting 1950 to 1959, finding a hundred songs, writing a hundred blurbs about a hundred artists was a good idea until I actually started doing it.

Then it was a matter of “What the hell am I doing?” Of course, that was a while ago now and I thought, “That wasn’t so bad.” Boy, can I fool myself.

Anyway, I’ve chosen the songs for these years so I might as well push on. The years 1960 to 1962 are generally considered wasteland years as far as music goes. Yes and no.

Boy, am I going to wake you up with a start this fine morning. 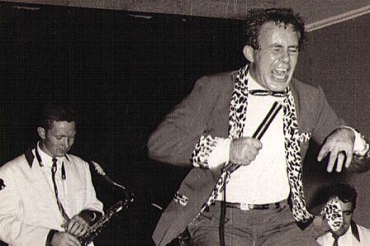 JOHNNY O'KEEFE was the first and best of Australia’s first generation of rockers. He started by imitating Johnnie Ray in the early Fifties and morphed into a great rock & roll singer.

He was often a support on tours by American artists but after a couple of these, some of them stipulated he couldn’t be on the bill or they wouldn’t come. Others, more sure of themselves and I’m thinking of Buddy Holly and the Everly Brothers especially, became friends and even covered some of his songs.

He lived a full life: sex, drugs, rock & roll, booze, car crashes. He lived fast and died (relatively) young at 43, in 1978. He blew the lid off the staid, comfortable, conformist place this country was in the Fifties. This is She's My Baby.

Another first. THE SHIRELLES were the first and the best of what was then called “girl groups.”

Okay, they may not have been quite the first, but close to it. Although there were only four of them, they seemed to have a lot of names – Shirley Alston (who was also Shirley Reeves), Doris Coley (also Doris Kenner and Doris Jackson), Beverly Lee (who seemed to be satisfied with her name) and Addie “Micki” Harris McPherson (who managed to get all her names in one go).

They got together in New Jersey and called themselves The Poquellos. They recorded a song called I Met Him on a Sunday that did okay for them. They changed their name and recorded Dedicated to the One I Love which did even better.

They hit the jackpot with the Goffin/King song Will You Love Me Tomorrow.

♫ The Shirelles - Will You Love Me Tomorrow

I was going to say that the next track is one of the EVERLY BROTHERS' best songs. Then I realized that there’d be 20 or 30 others about which I could say the same thing.

The Evs had been around for a while by 1960, but this is the year that I think they really hit their straps and produced a great song, the first of many - this one that I had to shake my head about, wondering how they could come up with anything better.

I know there have been songs that have rung my bell since then, but this is first one of theirs that did it for me, Cathy’s Clown.

Another singer from the same time that really impressed was this next one. There were few better voices in pop music in the Fifties and Sixties, or any time really, than that of ROY ORBISON. 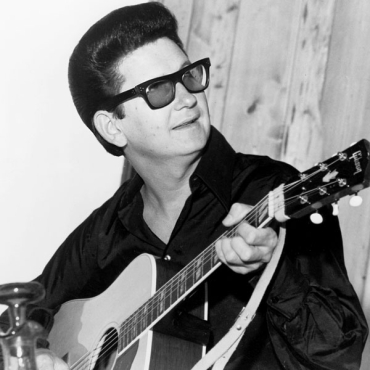 Roy had a few minor hits in the Fifties but it wasn’t until this year and the song Only the Lonely that he made it big. From then on there was no stopping him as he had hit after hit with extraordinarily good songs.

Although not his first, this is the one that really put him on the map, Only The Lonely.

♫ Roy Orbison - Only The Lonely

KATHY YOUNG was only 15 when she had her big hit. 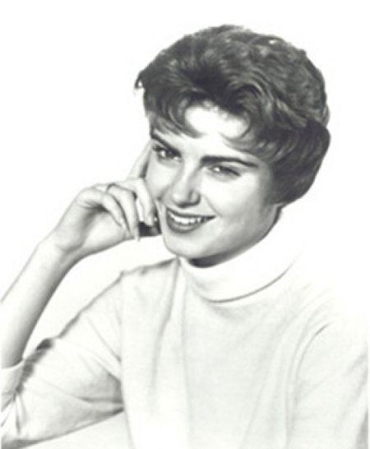 This song was an old DooWop song (old, in these terms, means about six years old) called A Thousand Stars. She followed this with a number of other songs that weren’t anywhere as successful.

However, on the basis of that song, she joined Alan Freed’s roadshow with the cream of current performers at the time. Eventually she married John Maus, known to the rest of us as John Walker, of the Walker Brothers.

That didn’t last very long and she married again, managed a citrus grove in central California and raised a family. She’s a bit of a fitness freak and looks far too good for someone who is my age.

JIMMY JONES had two hits in 1960, both worth including. 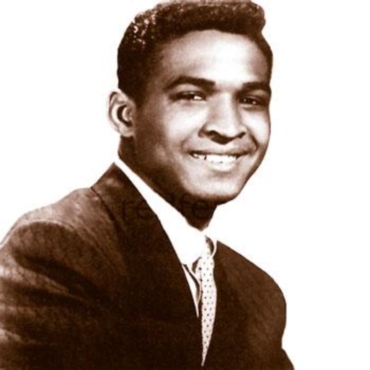 The better known song of his and the one I’m not playing, is Handy Man.

Jimmy was born in Alabama but moved to New York as a teenager. He started out as a tap dancer but soon took to singing and joined a DooWop group for whom he wrote several songs, including Handy Man. He left that group, recorded his song and it shot up the charts.

The next one did the same. It’s Good Timin’.

BOBBY RYDELL was huge here in Australia around this time. I don’t know how big he was elsewhere, but he’s seared in my brain so he’s included. 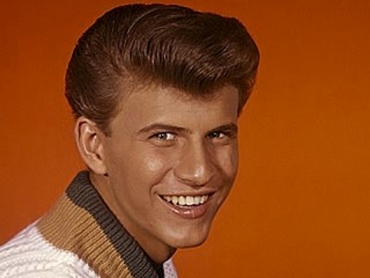 Known to his folks as Robert Ridarelli, he was yet another singer from this time who was from Philadelphia. He started out as a drummer and was in a band with Frankie Avalon. He started singing and became an instant success (at least here).

A bit of trivia that you probably all know is that the high school in Grease was called Rydell High. To go along with that, here is Swingin´ School.

THE FENDERMEN were Jim Sundquist and Phil Humphrey. 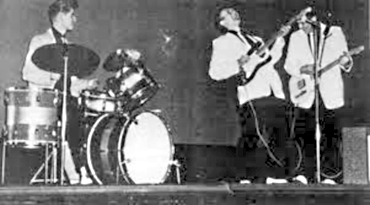 Jim and Phil met at university in Wisconsin and by a coincidence, they were born on the same day. They took the name of their group, if two could be considered a group, from the brand of guitars they both played.

Indeed, it’s only the two of them playing guitars on the record - no bass or drums or anything else, although they did use other musos when they toured.

The song is an old Jimmie Rodgers song that he called Blue Yodel No. 8. They called it Mule Skinner Blues.

Around this time there was a series of what are now called “Death Disks” – Teen Angel, Tell Laura I Love Her, Patches, Endless Sleep. Even El Paso could be considered in this category, also One Wore Black and several songs by the Everly Brothers.

There was a tongue in cheek response to these by BOB LUMAN. 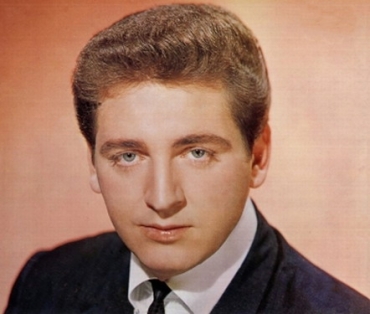 Bob was from Texas and his father was a reasonable guitarist and fiddle player. Young Bob got a guitar when he was 13 and started a band when still in high school. After leaving that, he formed another that included James Burton in the group. Talk about starting with the best.

Later he went solo and became a country and rockabilly artist of some note. The song I mentioned earlier was a bit of a novelty called Let’s Think About Living.

DONNIE BROOKS was born in Dallas and was initially known as John Abohosh. He moved to California when he was teenager and was adopted by stepfather and took the name John Faircloth. He had a few minor hits under various names – Johnny Jordan, Dick Bush and Johnny Faire. 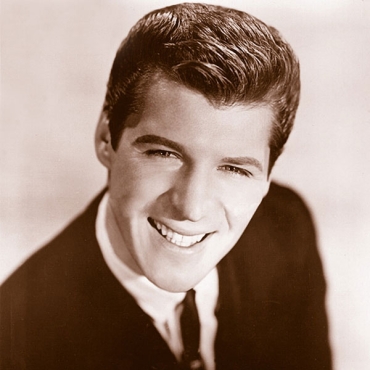 These were a bit disappointing but he was encouraged by his friends Johnny and Dorsey Burnette to continue (and change his name yet again to the one we know). He hit it big in this year with Mission Bell.

And it's a rousing selection of songs you provided for a Sunday morning, Peter.

Some I remember (Only the Lonely, Cathy's Clown, Will You Still Love Me Tomorrow, A Thousand Stars). The rest beat to the pulse of that period, and that pulse is embedded in memory if not the songs themselves.

I like it when you include Australian musicians. I have relatives in Australia, dating back to the late 1800's, and have been in touch with one of my cousins there for many years.

Thanks for dusting off some more old tunes for us!

Wow, some great tunes and great singers. The Everly Bros. Roy Orbison. But don't forget the song that changed it all -- The Twist from Chubby Checker!

There were a lot of great songs back then. Another favorite: Ray Charles with Georgia on My Mind.

Thanks for the brief visit down memory lane. Ahhh ... those good ole days!

Brought back memories, that's for sure! Aren't these kidst too darn cute? My husband is an "old rocker" and we enjoy tryng to stump each other before we play a selection. He's usually right on and for me it takes a line or two of tune. Thanks!

Help! I'm in a Memory Coma! I was just turning into a little human being in '60 and I remember these songs vividly. Now I have to go next door and have my neighbor pop me back into 2011....but then again maybe I will wait a few minutes and savor the moment. Thanks again for your research and your sharing.

Bobby Rydell was pretty big here too as I remember. He faded permanently after he played Ann-Margaret's bo in the movie musical, "Bye, Bye Birdie"

Thanks for bringing in Bob Luman's Let’s Think About Living and Donnie Brooks' Mission Bell; two big favorites of mine

Bobby Rydell was huge! ...this is a great list. I'll be tuned in for the next column!

A walk down memory lane....thanks for the tour. Dr. Bob Holloway

There was some good music, if other genres' are explored besides pop rock and country.