Doo-Wop was a rather short-lived genre of music in the Fifties that, nevertheless, gave us some of the finest singers from the early rock & roll era.

For some reason, most of these groups seemed to have birds' names – The Orioles, The Ravens, The Swallows, The Robins and on and on. I don't think there was a group called The Kookaburras but you never know.

None of the groups mentioned will be played today, another time perhaps. The music was often a capella singing as most started just sitting around on their front porches singing the songs of the day.

Doo-Wop's roots had its genesis in the music of the previous generation. Initially with barbershop quartets and later, and more particularly, with the harmony groups from the Thirties and Forties. There were many of those but two stood out from the rest of them and I'll start with them. 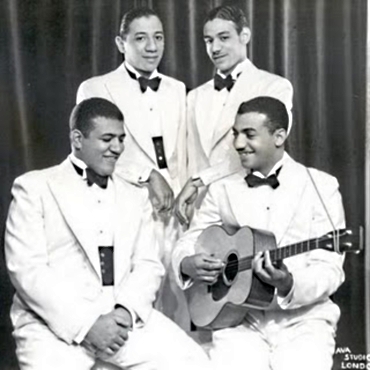 These were a group of brothers, at least until one of their number died of pneumonia. He was replaced in the group by Dad Mills at the suggestion of their mum.

They were very popular in Britain and Europe and toured continuously until WWII broke out and they grabbed the first boat out of there (to Australia as it turns out).

Later, even rock & roll couldn't dent their sales which kept up through the Fifties in competition with the Doo-Wop groups we're featuring today. This is You Always Hurt the One You Love.

♫ The Mills Brothers - You Always Hurt The One You Love

The other major influence on the groups was the INK SPOTS. 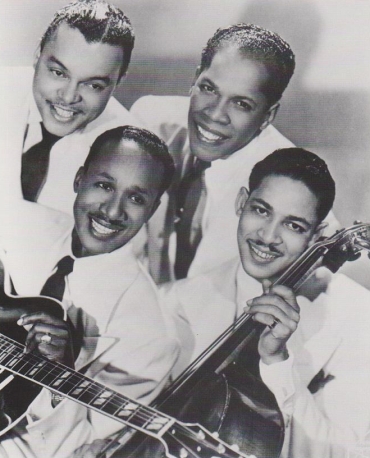 The Ink Spots started as a duo, "Kyle and Charlie," after Jerry Daniels and Charlie Fuqua. I don't why they weren't called "Jerry and Charlie," - maybe there was already one of those.

Anyway, they kept adding members until they became the group we remember today.

They started in Indianapolis but made their way to the Apollo Theater in New York where they caught the eye and ear of a British entrepreneur who invited them to tour his country. They did this to great acclaim and on return, got noticed in their home country.

They had dozens of hits over the years. This is one of them, If I Didn't Care.

Australia's best of the first generation of rock & rollers, Johnny O'Keefe, did a splendid version of the song, Over the Mountain, better than the original I think. However, he isn't a doo-wop group so he won't be included.

The original had only two members so it also doesn't really qualify as a Doo-Wop group. However, they had others backing them so they sound like one. Besides, they were on one of my Doo-Wop CDs so that's all that matters to me. They are JOHNNIE AND JOE. 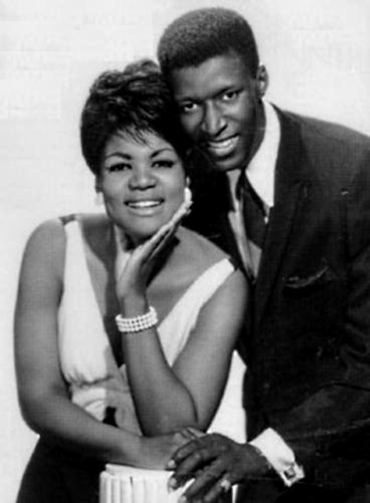 That's Johnnie Louise Richardson and Joe Rivers. Yep, Johnnie was a female in spite of her first name. Anyway, they had a number of records in the Fifties but none reached the heights of Over the Mountain, Across the Sea.

♫ Johnny & Joe - Over The Mountain, Across The Sea

For the first couple of years, the next group called themselves the D'Italians. I don't know why as they weren't of Italian extraction. They then changed their name to the more prosaic THE STUDENTS. I've searched in vain for a picture of them from the time, here's one from the Seventies. 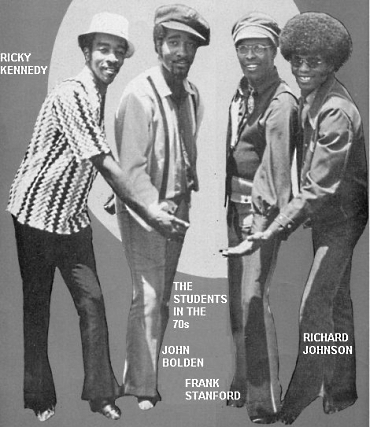 Their first record was I'm So Young which was a typical, and rather good, Doo-Wop tune. After that, they were offered a then-unreleased demo of a song called Cathy's Clown. They turned it down.

People of my vintage will know that this song sold squillions for the Everly Brothers who didn't turn it down.

The Students had a handy backing band that included guitar wizard Wes Montgomery. The song I chose, because it sounds like about half a dozen famous Doo-Wop songs rolled into one, is Every Day of the Week.

♫ The Students - Every Day Of The Week

THE DELL VIKINGS were a successful group who had so many members pass through that ex-members formed a competing group called the Del-Vikings. There was also a group called the "Dell" Vikings. That did tend to confuse things just a tad. 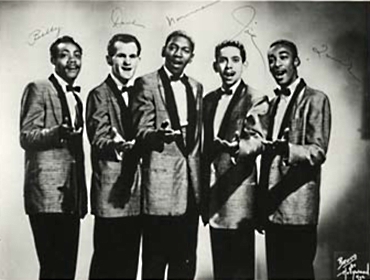 The original mob sang my favorite of the Doo-Wop songs. Their voices wove back and forward, in and around each other. This is intricate five-part harmony at its best. It is a tour de force of the genre, Come Go With Me.

♫ The Dell Vikings - Come Go With Me 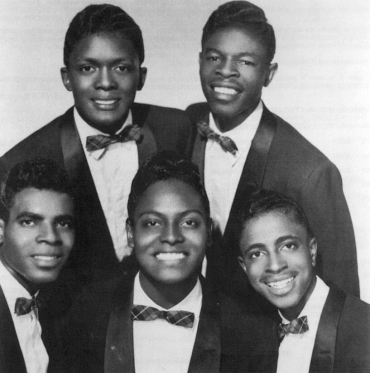 They teamed up with a manger and songwriter named Danny Webb and somehow or other they renamed the group after him. He wrote their biggest (and perhaps only) hit, One Summer Night.

He also had an in with various record companies so they could record it and make it a hit. On the basis of this song, they made it onto the various national rock & roll tours at the time. They didn't duplicate the success of this song.

♫ The Danleers - One Summer Night

Lewis Lymon's surname may sound familiar to those well versed in Doo-Wop. Lewis is the brother of the great, tragic Frankie Lymon. I was playing some CDs for this column when this track came on and I thought Frankie Lymon but on checking the cover it was LEWIS LYMON & THE TEENCHORDS. 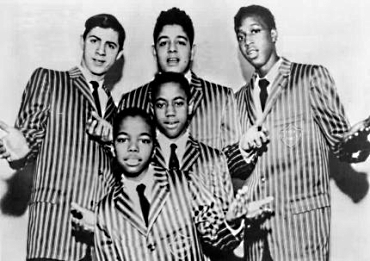 In spite of being in his brother's shadow, Louie and his group toured with such major acts as Jerry Butler and The Impressions, Jessie Belvin and Mickey and Sylvia. However, by 1960 they had disbanded.

Louie performed a few times with his brother before his death (Frankie's that is). Louie has created several different versions of the Teenchords over the years. Here is the original with Honey Honey.

There's not just a musical link to the old groups, there's a family connection as well with the next group started by Harvey Fuqua, the MOONGLOWS. 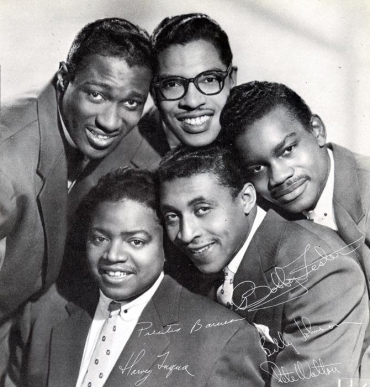 Harvey was the nephew (or a cousin, sources vary on this) of Charlie Fuqua of The Ink Spots and it was this connection that inspired him to form his own group.

Later there was some dissention in the group and Harvey sacked the lot of them and brought in a new bunch of singers (one of whom was the young Marvin Gaye) and he changed its name to Harvey and the Moonglows.

Under that name they had a huge hit with The 10 Commandments of Love but today, we're interested in the original bunch and their song, I Knew From the Start.

♫ The Moonglows - I Knew From the Start

There were a number of groups in this genre who went on to bigger things. They include the Four Seasons, The Impressions, Dion and the Belmonts, The Platters, Little Anthony and the Imperials and The Miracles, later to be Smokey Robinson and The Miracles before Smokey went out on his own as a singer, song writer, record executive, A&R man, record producer and anything else he set his mind to.

Smokey and the gang had a hit with the Doo-Wop answer song. Got a Job. Answer songs were all the rage in the late Fifties and early Sixties. However, what we have today is the song it answers, Get a Job by THE SILHOUETTES. 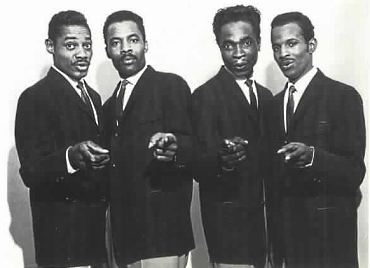 The Silhouettes started out in Philadelphia, as did many in this genre, originally as The Thunderbirds. However, there have been many groups with this latter name so The Silhouettes they became.

This song was really their only claim to fame and they pretty much sank without a trace after that until the revival of this music brought them back into the spotlight. The group Sha Na Na took their name from the lyrics of this song.

♫ Silhouettes - Get A Job

Another wonderful trip down Memory Lane with these great groups. Especially the Ink Spots and my very favorites,The Mills Brothers.

I once heard that the Mills Brothers made a record in 1943 and the A side was ""I'll Be Around" which became a big hit for them. BUT,the B side had a little tune on it called "Paper Doll" which sold 6 million copies (Phenomenal in 1943).

I think they were the best!

Such a rich history with all of these artists! Thanks for sharing the wealth.

Wot, no Marcels?? - but then again, so many to choose from - keep up the good work Tibs :)

Hi Tony, I did the Marcels before in "Blue Moon".

Get a Job is still one of my favorites, maybe because we share the same home town. Great article!

for you modern day soul hipsters, may I suggest

He brings back the 60s/70s soul with a modern twist.

I love Doo Wop so much that I find it impossible to pick a favorite song. It's all great.

Doo Wop is my time machine. Let one start and I'm whisked away into the fifties where I wallow in memories and am always reluctant to return to NOW.