LEROY VAN DYKE was from Missouri and graduated from the university there majoring in agricultural journalism. 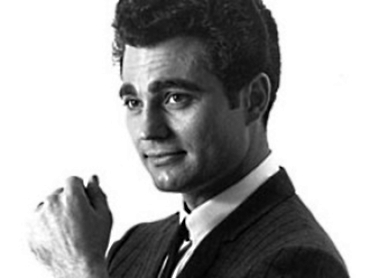 His first song was a big hit called The Auctioneer. This was so successful that they made a film out of it.

His next was even bigger, indeed, Billboard claims that on the basis of sales, time on the charts and length of stay at number one, Walk on By was the biggest country single of all time.

I’d like to see their statistical analysis of that, but it’s a good song anyway.

BOBBY VEE was the first of the “Buddy Holly clones” after Buddy died. However, there was a bit more substance to Bobby than the others. 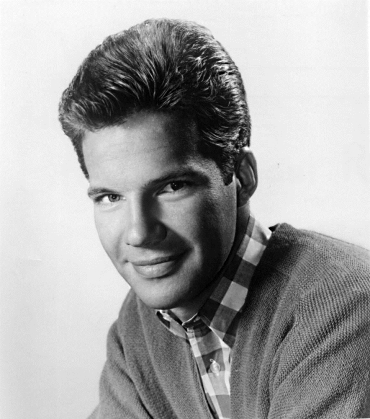 Robert Velline was from Fargo, North Dakota, and he made his first appearance in Moorhead, Minnesota filling in for Buddy after he was killed in the plane crash the night before. He and his band, who also appeared, had modeled themselves on The Crickets and knew the songs.

After this, to my mind not a particularly auspicious beginning, Bobby went on from strength to strength with many hits in the early Sixties. This is just one of them, Take Good Care Of My Baby.

SUE THOMPSON sounded as if she were about 16 when we first heard her around this time, but she was more than twice that age when she had her series of teen hits in the early Sixties. 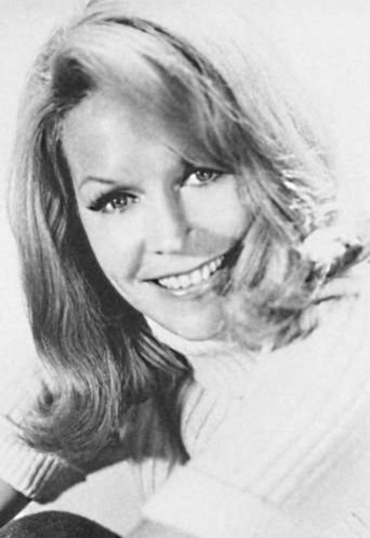 Sue was from Missouri but her family moved to San Jose when she was young. There, even before she hit her teens, she was singing and playing guitar around the traps. She appeared on TV before WWII.

Sue married at 17, but that lasted only about three years. Her second marriage didn’t even fare that well. Her next try proved a bit more fruitful and it led to her recording the songs that established her in the early Sixties.

Most of her songs from this time were written by the prolific John D. Loudermilk. This is the first of those, Sad Movies.

DEE CLARK's singing can be as smooth as Sam Cooke, as raucous as Little Richard and everything in between. This sometimes happened in the one song. 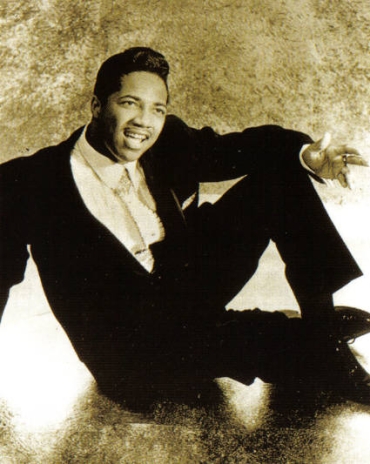 Dee, or Delectus to his mum and dad, was from Arkansas and the family moved to Chicago during the War. Dee’s mum was a gospel singer who encouraged the young lad in his own singing endeavours.

He was a member of several R&B groups, the Hambone Kids, the Goldentones, the Kool Gents and The Delegates. Actually, the last three were all the same group, they just evolved over time.

After this, he struck out on his own and had a few minor hits. Then he hit it big with Hey Little Girl and even bigger with his next song, Raindrops.

John D. Loudermilk wrote a song called Midnight Bus that he recorded and released as a B side to Tobacco Road. The song had a killer cover version here in Australia by BETTY MCQUADE. 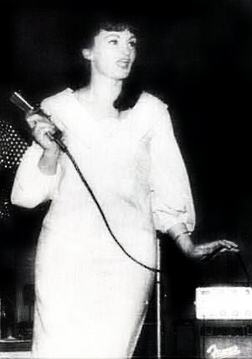 I’m not usually one for the covers but I’m making an exception this time. Betty was from Scotland and emigrated to Brisbane (that’s the one in Queensland not California).

She made her way to Melbourne where all the music was happening (and still is). There (or here in my case), she recorded the song backed by local band, The Thunderbirds. She eventually returned to Queensland and is still performing around the traps and tours occasionally. 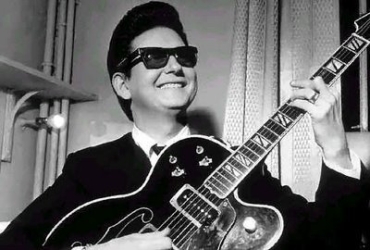 That year he recorded what I think are his two best songs (from a portfolio that includes numerous wonderful tunes). These are Crying and Running Scared. He was yet another fine Texas musician. What would the world of music be like without them?

Roy didn’t think his voice was all that great; he was the only person on the planet who thought that. He did say that it wasn’t bad. Dwight Yoakam said that Roy's voice sounded like "the cry of an angel falling backward through an open window.” I don’t know what that means, but it sounds good.

Roy liked working with an orchestra and decided to try something a bit different from the rockabilly and doowop backings of his earlier records. It seems to me that there are hints of Ravel's Boléro in its rhythm.

This is possibly his masterpiece, Running Scared.

I must admit that I was a bit smitten with LINDA SCOTT when I first heard her performing I Told Every Little Star. Well, I was young. 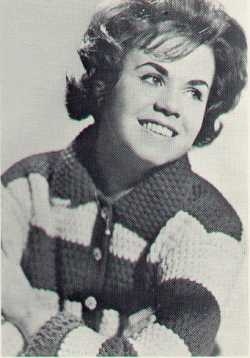 However, I became decidedly de-smitten later on when I found she had got a degree in theology. Oh Linda, what have you done? Anyway, before that she managed to get about a dozen songs on the charts, only a couple of which I can remember (if I even knew the others in the first place).

Linda Sampson was from Queens and first recorded when she was still at school. Her record company changed her name, probably without her knowing – that’s the way things were done back then. She hit it big worldwide with that first song.

BOBBY LEWIS officially was born Indianapolis in 1935. He was actually born in 1925. Bit of a difference there. 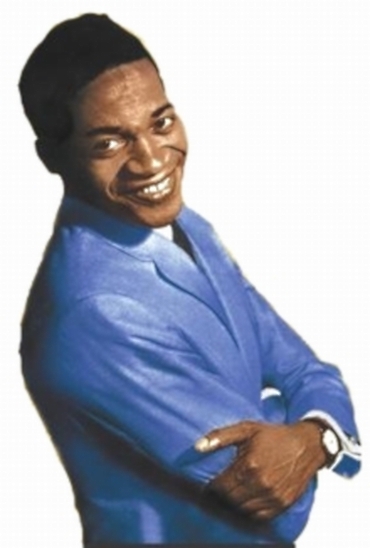 He was brought up in an orphanage and learned to play the piano at a very young age. He was adopted at age 12 by a family in Detroit.

As a young adult he traveled around the midwest performing as a singer and became friends with Duke Ellington, Wes Montgomery and Jackie Wilson. He was a likable person and these musicians, and others, would use him as an M.C. for their shows.

When appearing at the Apollo in New York, he was offered a new song that he recorded. That song is Tossin' And Turnin'.

By a nice coincidence CHRIS KENNER was born in the town of Kenner, just north of New Orleans. Chris sang gospel music as a kid and moved to the big smoke when he was in his teens. He started recording around 1955, and had a few regional hits. Then he teamed up with the great producer and musician Allen Toussaint and the hits started flowing. The first of these was I Like It Like That.

I’d listened to quite a bit of RAY CHARLES in my younger years thanks to a fine jazz program on local radio where one of whose presenters was a big fan. 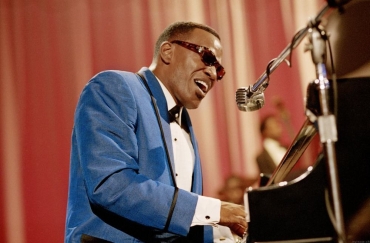 So, I was grooving to his jazz tracks but it wasn’t until he recorded this song that I thought, “Oh, Ray can do this as well”. This is probably when he first hit the consciousness of pop music fans.

He really needs no introduction and deserves a column of his own. Hmm, mentally penciling that in. Here’s Hit the Road Jack.

I especially enjoyed "Running Scared," "Walk on By," and "Take Good Care of My Baby."

Thanks again, Peter, for your efforts in stirring up the past for us.

You and Peter Tibbles continue to cheer my Sunday mornings. Thank you for reminding me of great, toe-tapping melodies that my 45 to 50 yr old kids can't appreciate. Rock on.

I still sing what lyrics I remember to Dee Clark's "Raindrops" every time a good rainfall starts up, which have been few and far apart here in Texas lately.

I know what you mean about Linda Scott and her theology degree. I was crushed too back when Delores Hart left her movie career for that of a nun. I was raised Catholic and that made it all the more unpalatable.

I first heard "Hit the Road Jack" in the movie "One Flew Over the Cuckoo's Nest" with Jack Nicholson and I started singing it at every opportunity. It is a lot of fun and is very catchy.

Gosh, I miss Ray Charles. Thanks for the memories, Peter.:)Dee

What a wonderful way to enjoy a foggy Sunday afternoon....hitting the road one more time. :)

I wish people would refrain from taking potshots at people who practice a religion.

Great songs to remember! Thanks for the line up. I skated around the block many time singing, "I Like it Like That" as a kid...it has a little rap in it, too! "Go cat go!" Fun!

Yeah, there were some entertainers and versions of "Hit the Road, Jack" that I enjoyed, too.