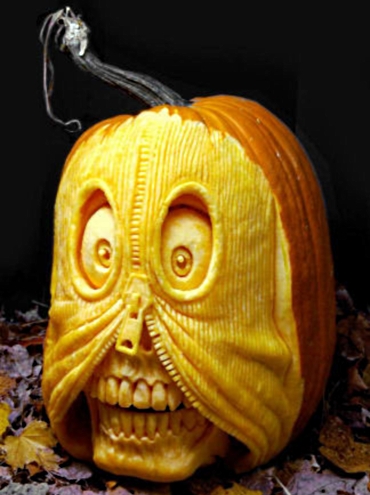 Normally, I ignore Halloween on this blog. I mean, what's to say? Boo? But I can't resist showing you these pumpkins. Holiday jack-o-lanterns have come a long way since I was a kid - as Darlene Costner made me aware via an email on Saturday. 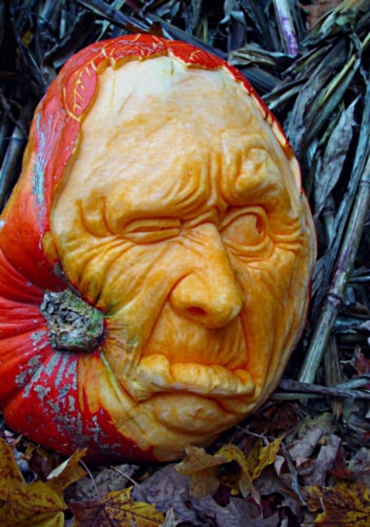 The artist is Ray Villafane. He's won a bunch of awards, appears on television a lot, particularly during the month of October, of course, and sculpts comic book characters too. But today, let's stick with his astonishing pumpkins.

According to his website, Villafane's pumpkins have been spotted in the White House. Which president, he doesn't say, but he has carved an Obama. 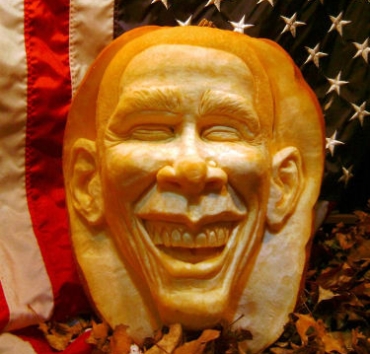 Here's a little segment from CBS News about Villafane and his pumpkin sculptures.

You'll find many more photos of pumpkin carvings on Villafane's Facebook page and you can read more about him at his website.

Happy Halloween, everyone. Don't eat too much candy. 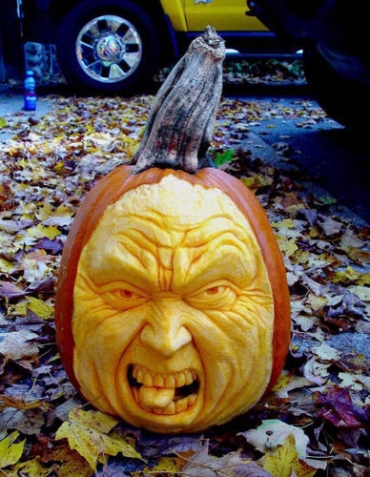 Wow, this man is amazing!

Hmm, I've got to expand my vocabulary. I see Katie Couric used the same words I did after she watched the video report.

These are not like the ones I remember carving as a girl, that is for sure.

Happy Halloween to those who still give a fig.

We were on a subsistance diet enough that we didn't deface perfectly good pumpkins. We ate 'em!

Amen Cop Car! I guess it's the curmudgeon in me, but I have somewhat of a problem with food being used for something other than eating. We've screwed alot of things up in this country....which I love, but at times, ache for. :( Dee

I think such creativity is a blessing...especially in times like these. Anytime now that I see art being created, music being written and performed, engineering innovated, new ideas brought forth, I not only feel better in the moment, I feel hopeful about America. And grateful to whomever brought these signs of optimism to my attention.

Every year we attend a pumpkin carving contest, which is a pretty creative endeavor...but THESE, oh my, ideas for next year!