None of which will be featured here today.

Like a lot of other groups, THE LOVED ONES started in 1965 in response to The Beatles and other British acts. 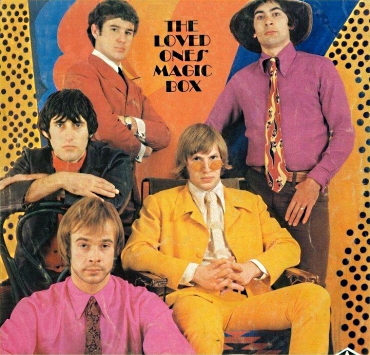 They were unusual though; they weren’t a bunch of amateurs picking up guitars and learning three chords, thinking they could conquer the world. These were all seasoned musicians coming out of the jazz scene that was huge here in Melbourne in the early Sixties.

With the decline of jazz and the rise of rock & roll, they switched focus and became a rock group. Probably the most iconic group in the history of Australian music helped, no doubt, by having an extraordinary lead singer in Gerry Humphreys, they blazed for a year and a half and disintegrated.

They had several singles that hit the top of the charts, recorded an album that was as good as any around at the time and that’s it. Anyone who saw them knew they had that certain something that set them apart from all the other pretenders of their day. This is their first hit, The Loved One.

THE STATLER BROTHERS had two brothers in the mix but the others were unrelated. None of them was called Statler. They were Harold Reid, his brother Don, Phil Balsley and Lew DeWitt. 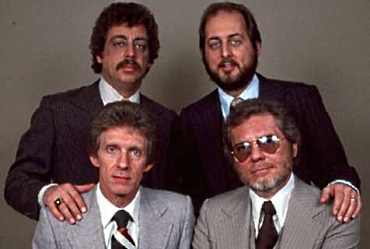 When they didn’t let their rather excessive religious sensibility intrude on the music, they were a fine harmony group - as good as any around. They started as a backing group for Johnny Cash and eventually went out on their own.

This is probably their best known song, Flowers on the Wall.

♫ The Statler Brothers - Flowers on the Wall

Oh, this song resonates with me from this year. I won’t go into details about that. This is the LOVIN' SPOONFUL, one of the most entertaining bands from the period. 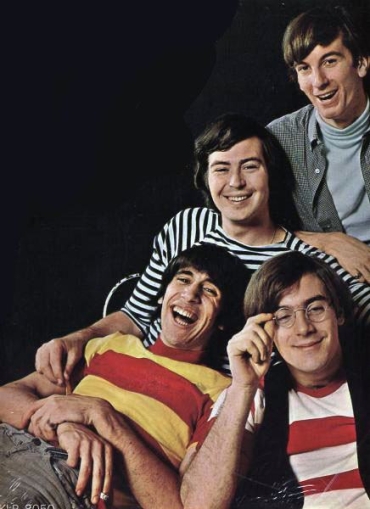 The main man from the Spoonful was John Sebastian who, as a solo act later, made some of the most enjoyable albums from the Seventies. I treasure all of them and they feature a bit on my CD player as do those from the Spoonful.

John wrote lyrics of wit and intelligence and they were also nuanced, which often wasn’t noticed at the time. The others in the group were Zal Yanoksky, Joe Butler and Steve Boone. This was a great year for the group, besides the song today, they also had Daydream and Summer in the City.

Here is the resonant song, Did You Ever Have to Make up Your Mind?

♫ Lovin' Spoonful - Did You Ever Have to Make Up Your Mind

THE BOBBY FULLER FOUR sounded more like a throw-back to the rockabilly of the Fifties rather than any music that was around in 1966. 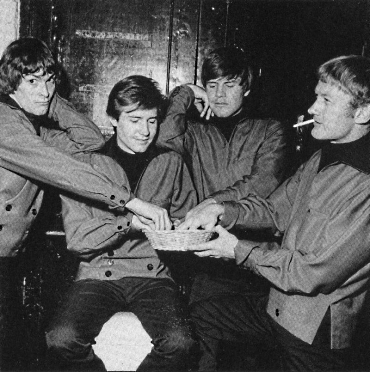 This wasn’t the Mersey sound of The Beatles and others of their ilk. It wasn’t something to dance to from The Supremes or any Motown act. They had a sound of their own.

Bobby was from Texas and spent his youth in El Paso. He was hugely influenced by Buddy Holly and, like Buddy, recorded in independent studios around Texas.

The Four consisted of Bobby, his brother Randy, Jim Reese and Dalton Powell. The group recorded this song in Los Angeles and just after it was a hit, Bobby was found dead in his car. The official cause of death was accidental asphyxiation, but rumors of murder continue to this day.

This is his most famous song, I Fought The Law.

♫ The Bobby Fuller Four - I Fought The Law

Okay, here’s the real thing, one of the most famous soul tracks ever and one of the best. I only need to say PERCY SLEDGE and you’ll know what I mean. 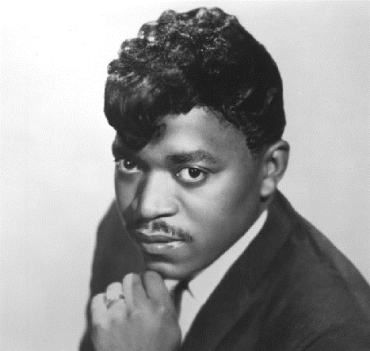 Percy was from Alabama and took a job in a hospital there during the day. In the evenings and weekends, he’d be out singing. One of the patients was a record producer and he invited Percy to audition at his record place. He was signed immediately.

This is the first song he recorded and where would you go from there? It’s been a hit several times over the years and is one of the most recognizable songs around. It’s pretty much the epitome of soul music, When a Man Loves a Woman.

♫ Percy Sledge - When a Man Loves a Woman

THE MAMAS AND THE PAPAS were really on a roll. They could do no wrong and pretty much everything they recorded became a hit. Of course, most of them were fine songs, written by John Phillips.

Besides John, the group consisted of his wife Michele, Cass Elliot and Denny Doherty. Alas, Michele is the only one still alive. That’s a fairly serious attrition rate, even for a Sixties group. With the song today, I Saw Her Again, there’s a false start in the final chorus but the group decided to go with it anyway. Paul McCartney was rather snippy about it: "That has to be a mistake. Nobody's that clever," was his response. See what you think.

LEE DORSEY was yet another great musician from New Orleans. 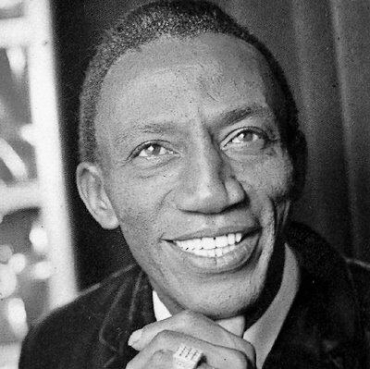 The family moved to Portland, Oregon when he was 10 years old. He eventually served in the navy and after that worked as a motor mechanic. He met producer Allen Toussaint at a party and he recorded a song, “Ya Ya,” that went to number one.

After a couple more songs, the record company folded and Lee went back to the car repair biz. After a bit, Allen searched him out and recorded Lee again and had another hit with Working in a Coal Mine.

Lee has been influential and his songs have been covered by a lot of folks. He died at 61 from emphysema – too many ciggies, probably.

♫ Lee Dorsey - Working In A Coal Mine

THE MONKEES were better than they should have been. They started in a TV series after the producer Don Kirshner put them together in response to The Beatles and especially their film, A Hard Day’s Night. 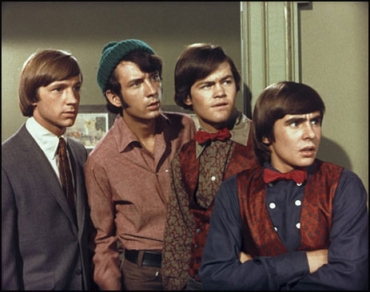 The chosen ones weren’t musically talentless, but that wasn’t the priority of TV; they went with appearance. Davy Jones was a competent drummer. However, he’s short in stature and couldn’t be seen behind the drum kit so he was put out in front playing the tambourine.

They put Micky Dolenz, who was the tallest of them, on the drums even though he’d never played them before. Peter Tork was a very good guitarist so he became the bass player. Michael Nesmith was an excellent bass player so he played the guitar (he was a reasonable guitarist).

They learned their chosen instruments quite quickly, much against the wishes of the TV producers who wanted complete control over them.

Initially, their music was played by studio musicians with one, or some, of them singing. Eventually they began playing the music themselves and railed against what they were forced to play on the show.

The Monkees TV program lasted three years and produced some pretty okay music. Michael Nesmith later became a fine country rock musician. The others have re-formed over the years without Michael who had no more interest in the group.

The song Last Train To Clarksville was actually released before the program went on air as a sort of promo for the show.

♫ The Monkees - Last Train To Clarksville

Here is another great soul singer, one of the best, WILSON PICKETT. 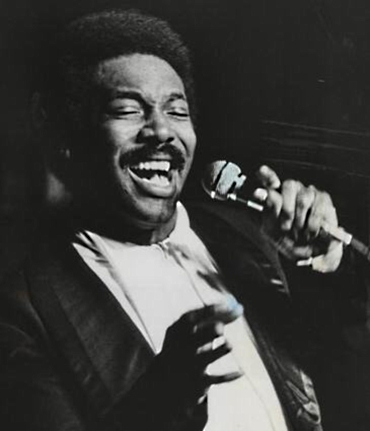 Wilson was one of the major soul singers; there were few better than he was. He was born in Alabama but went to live with his father in Detroit at a young age as his mother scared him, he said.

He joined a gospel quartet called the Violinaires who accompanied such groups as the Soul Stirrers and the Swan Silvertones – all the best ones. Wilson noticed that singers from those groups went out on their own and started raking it in, as it were. He thought that would be a good idea and so it proved.

Initially he joined a soul group called The Falcons whose members included Eddie Floyd and Mack Rice. He then went out on his own and became probably the most enduring and best of the soul singers, at least of those who didn’t die young.

I can only describe DONOVAN Leitch as fey. He recorded a whole bunch of albums that I would generously describe as rubbish. However, in amongst that, he produced a reasonable number of songs as good as any around in the mid Sixties, and a better percentage of those than a lot of his contemporaries. 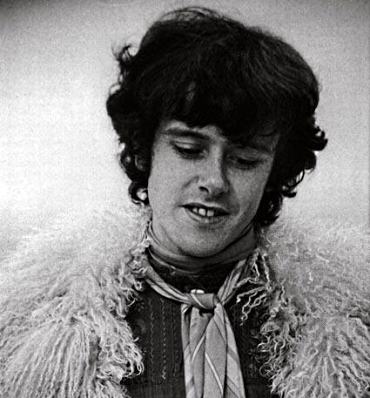 Donovan was from Scotland and started out as a Dylan wannabe. You can see him in some scenes in the film, Don’t Look Back about Bob’s tour of Britain around the time he was plugging in.

From then, Donovan’s style was rather hippy dippy and after the Sixties, he pretty well fell out of view. However, around this time he recorded a few really fine songs. This may or may not be one of them, Mellow Yellow.

Sorry I don't comment more often, but I do love these posts about the music from the 60s!

Another terrific set of selections!

Especially "When a Man Loves a Woman," of course.

Except for "Mellow Yellow," which I've never cared for and didn't listen to in case it turned into a "music worm."

Thanks for including a song by The Loved Ones, a group I hadn't heard of.

Your efforts are much appreciated, Peter. Thanks!

I know by now I shouldn't be, but I guess I was at seeing the Statler brothers here. I always thought they were too talented to be hemmed in by religion, but I guess that says more about me than them or their music. Thanks for including them. I've heard Flowers on the Wall, but not that often.

Bringing back some great memories - really, memories of the music itself. Thanks.

Such a valuable perspective, Peter! Please keep at it!

I confess it never occurred to me that the Mamas and Papas lyric was a goof, but as for Wicked Wilson Pickett, I'll always think of 'Mustang Sally'. Many thanks!

It is fun to listen and think about what teens in the southern hemisphere were rocking out to in '66. The American standards are, of course, fun to hear again too. Thanks, Peter!