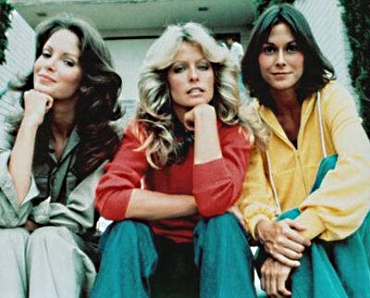 This may seem an unlikely topic from this old skeptic. I’ve always thought that angels were a particularly silly construct from the various religious figures who thought them up.  I imagine drugs or alcohol were involved when they came up with the idea.

Given that, though, they have inspired some rather good songs. A lot of these are country songs or, at least, in a country style but if there are enough interesting songs, that’s good enough for me. Fortunately, there are.

I’ll start with the singer who inspired this column, MERRILEE RUSH. 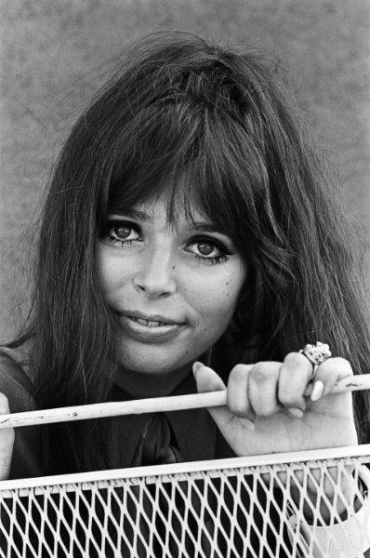 When I heard her song I thought, “My goodness, I haven’t heard that for a long time,” and wondered if there were enough angelic songs out there for me to start tippy tapping away. It turns out there were far too many and I probably should have dropped her but as she’s the inspiration, Merrilee is in.

To the best of my knowledge, this was her only hit and it’s not bad. It’s not great, but it’s not bad. The song was written by Chip Taylor whose real name is James Voight, brother of the actor Jon and uncle to Angelina - she of the lips, for those interested in such things.

This is Angel of the Morning.

♫ Merrilee Rush - Angel of the Morning

THE CRESTS were a DooWop group from New York, best known for the song 16 Candles that has already been featured, rather memorably, in a column but is unrelated to the topic at hand. 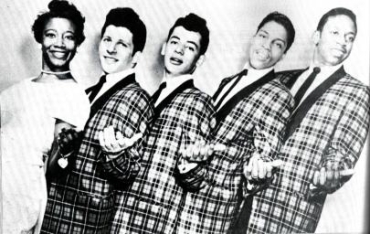 They had a few other songs that did a bit on the charts but only one that was anywhere as successful as that first one. That song is The Angels Listened In which fortunately for us, is about our topic today.

♫ The Crests - Angels Listened In

My favorite of the songs today is by the late, great, brilliant, tragic GRAM PARSONS. 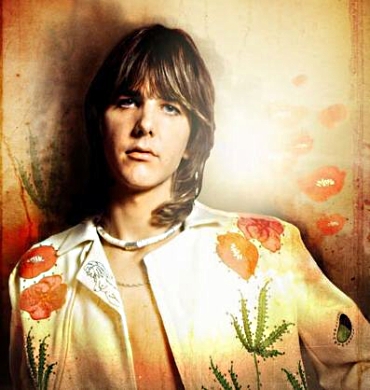 Gram was the main influence on The Byrds’ greatest album, “Sweetheart of the Rodeo.” that sold about seven copies when it was released. I’ve always wondered who bought the other six.

Gram founded, along with Chris Hillman, another ex-Byrd, one of the most influential bands, The Flying Burrito Brothers. He next recorded two solo albums, only one of which was released while he was alive, and he introduced Emmylou Harris to the world.

He died at 26, just a couple of months short of the traditional rock & roll death age. This is Return of the Grievous Angel with Emmylou singing harmony.

Angel Eyes has been used as the title, or part thereof, for a number of songs – Willis Alan Ramsey has one, Emmylou Harris another as does Curtis Lee. There’s one that was a surprise for me and that was by FRANK SINATRA. 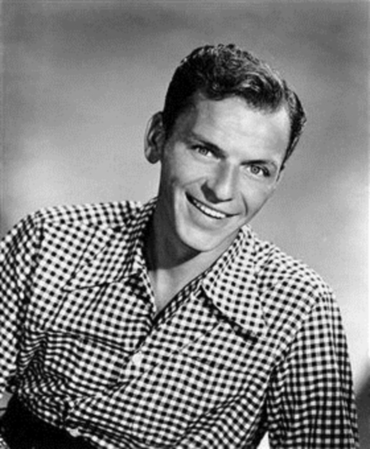 Frank’s tune is from one of his greatest albums, “Only the Lonely.” This one had nothing to do with Roy Orbison and preceded Roy’s song with the same name by quite a few years. There was another angel song from Frank, A Sinner Kissed an Angel from early in his career but I decided to go with the later one. Here’s Frank with Angel Eyes. 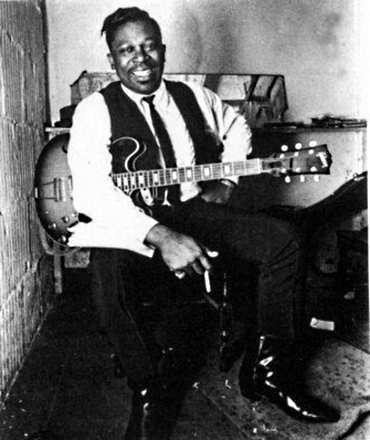 I don’t know if he plays it every time he performs but I wouldn’t be surprised. I’ve already featured one of those live versions in a previous column so today I’ll go right back into the past and play his original studio version.

This next is the most unlikely angelic tune of all. It’s by BOB DYLAN. 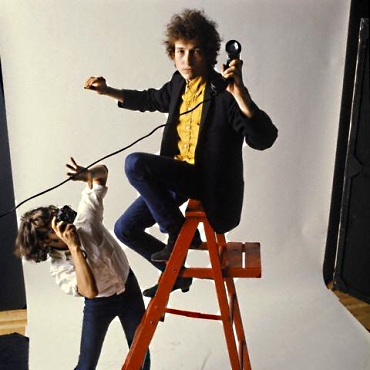 Bob has written so much that it’s not unusual that there’s an angel in there somewhere; indeed there are least three from him that I know about. It’s just that this is a most un-Bob like song. It’s taken from his most under-rated album, “New Morning” - Three Angels.

THE CLOVERS started when several students at a high school in Washington D.C. got together in the mid Forties and started singing together. Over the years, there have been more than 30 members of the group; this is just one of the versions. 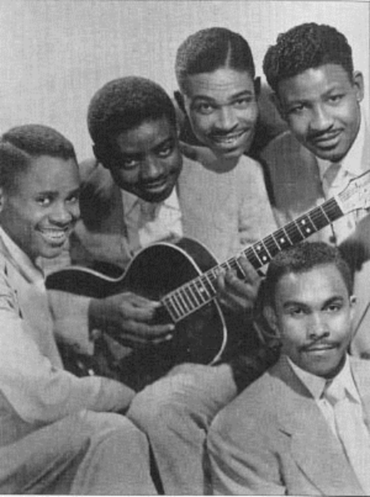 Their big break came in the early Fifties when they signed up to Atlantic Records and had quite a few hits throughout that decade for the company. Their biggest hit, however, came after they left Atlantic, Love Potion No. 9.

That’s nothing to do with the topic at hand. The one we’re interested in came earlier, back at Atlantic. It is Devil or Angel.

♫ The Clovers - Devil or Angel

I was originally going to include John Prine’s version of his own song but hearing it back to back with BONNIE RAITT's version, I decided I prefer Bonnie doing it. 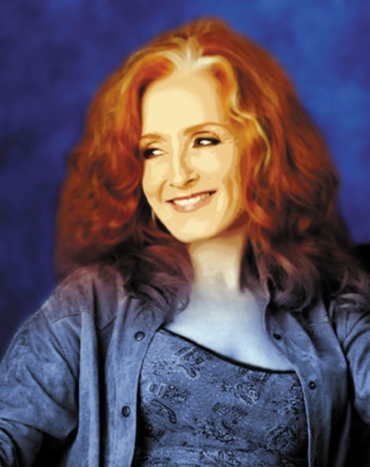 Bonnie was destined to be a musician. Her father was the stage, occasional film and Broadway actor and singer, John Raitt and her mother was the pianist, Marjorie Haydock. Bonnie received a guitar for Christmas when she was eight and hasn’t looked back.

Later, she’d hang around blues clubs and gig with various blues legends when she should have been studying. The hanging around paid off in the end as she’s one of the world’s great slide guitarists. This is Angel from Montgomery.

It’s no surprise that the LOUVIN BROTHERS have the most traditional look at angels today. 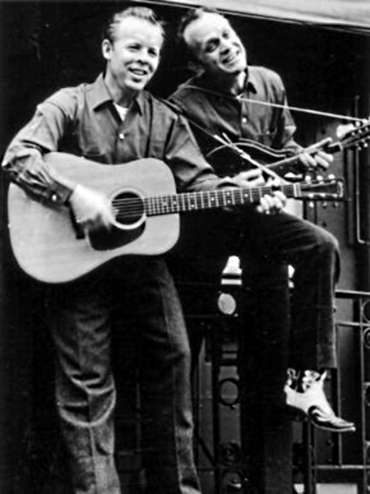 They did rather wear their religion on their sleeves as it were. Their secular songs are some of the best country songs from the early Fifties but the others leave a bit to be desired.

Here is one of those others, The Angels Rejoiced Last Night.

Last, the person who seems to divide readers, IRIS DeMENT. 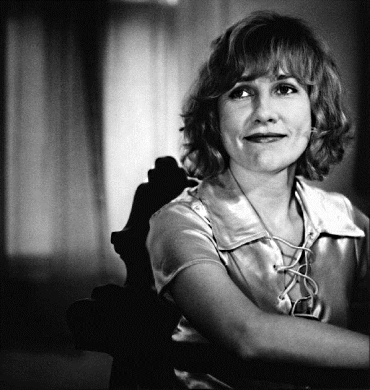 I really like her, although I’ll admit that I didn’t when I first heard her. She’s an artist that sneaks up on you if you give her a chance.

Iris is youngest child of Pat DeMent and his second wife, Flora Mae. She is Pat's 14th child and Flora Mae's eighth.  Heavens, there must be DeMents all over Arkansas.

In nearly 20 years of recording, she has only produced four albums. Three of them are real gems though. Her angel song is from her first album and it’s the title song, Infamous Angel. That’s the ubiquitous Jerry Douglas on the dobro on this track.

I reluctantly had to exclude Eliza Gilkyson’s Calling All Angels, a terrific song. Also just missing the cut were The Penguins, Earth Angel; Curtis Lee, Pretty Little Angel Eyes; and the Stanley Brothers, Angels Are Singing in Heaven Tonight. More than a dozen more were considered.

Thank you, Peter - - just like Iris DeMent, your column sneaked up on me now that I've given it a chance. : ) I'm fairly new to TGB, and I rarely comment, but just wanted to say that your amazingly wide and deep knowledge of the subject and your interesting way of presenting it is a real Sunday morning treat!*!

Every sunday my husband and I listen to your collection. I like to try to stump him because he is also quite the music buff. Surprisingly, I stumped him on Bob Dylan who he doesn't like much. My husband also got a devious look on his face when he asked me to listen to the lyrics on BB King's Angel. Anyway, we always have fun walking down memory lane. . . .thanks for the trip.

It may not be a great song, but I do like "Angel of the Morning." Hadn't thought of it in years, so thanks for including it.

Thank you for the celestial sojourn...and with such great company!

In my world, you really, really have to bring your "A game" to best Bonnie Raitt's cover of 'Angel From Montgomery'. My only suggestion would have been the live version with the author, John Prine.

Regardless, thanks as always.